As the Soviet noose closed on Budapest, the Hungarian Air Force fought a desperate battle for survival, one that would play a pivotal role in the siege. 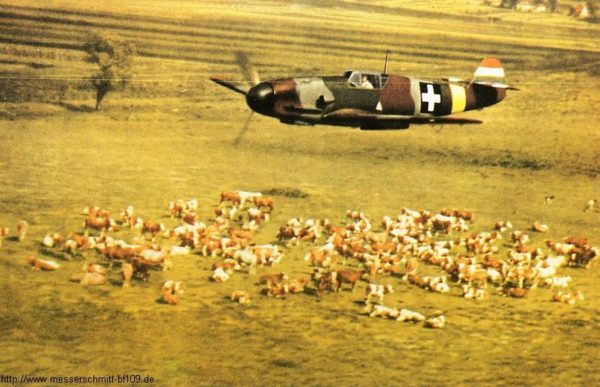 Following the Treaty of Trianon in the bitter aftermath of the First World War, Hungary found itself on the brink of collapse – while it retained a solid industrial base, it had lost access to many key raw materials after being carved up by neighbouring Austro-Hungarian successor states.

The treaty capped the Hungarian army at 35,000 men and forbade any kind of military or naval air service. Much like the Germans, Hungary began to rearm in secret during the 1920s using civilian flying clubs as a cover, entering the war in 1939 with a grand total of 192 aeroplanes of various types.

A Bf-109F in service with the Royal Hungarian Air Force

There were mostly obsolete biplanes and monoplanes, procured from German and Italian manufacturers.

This nascent air force was involved in some minor skirmishes with Romania and Yugoslavia, before being transferred to the Ukranian front in support of Operation Barbarossa. From 1941 to 1943, the Hungarians fought alongside their Luftwaffe counterparts and were eventually retrained in the use of modern German aircraft like the Bf109 and He111.

The valiant Hungarians gave a good account of themselves, but ultimately their small numbers counted for little in the grand scheme of the campaign.

With their fate closely linked to their German allies, the Hungarians found themselves retreating westward in the winter of 1943, with all pilots eventually being recalled to defend their homeland from marauding British, American and Soviet bombers in 1944-45. 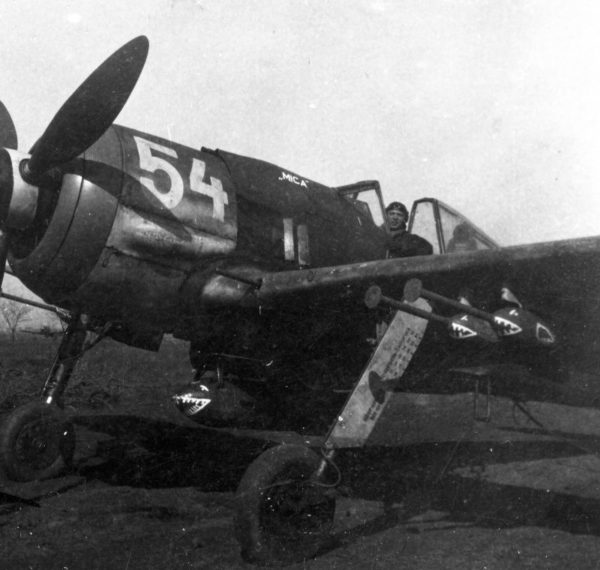 The valiant Hungarians gave a good account of themselves, but ultimately their small numbers counted for little in the grand scheme of the campaign and the surviving pilots were forced to burn their remaining aircraft at Raffelding airfield in Austria, bringing their war to a close.

The Royal Hungarian Air Force presents an interesting modelling challenge for Blood Red Skies players, giving you the opportunity to paint something a bit different from the standard array of Bf109s and Fw190s.

Courageous Hungarian pilots found themselves up against tremendous odds during 1944-45, acting as close air support for the retreating Axis armies as the Soviets closed on Budapest.

Courageous Hungarian pilots found themselves up against tremendous odds during 1944-45, acting as close air support for the retreating Axis armies as the Soviets closed on Budapest, while others contended with endless waves of Allied heavy bombers in the skies over the industrial zones of Budapest. 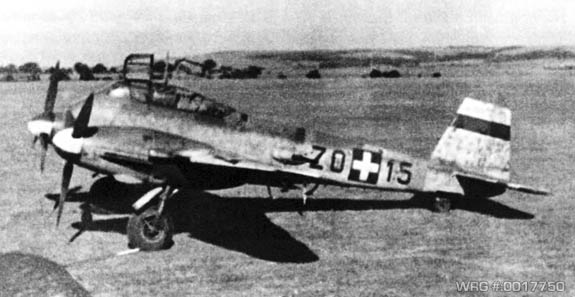 German planes in Hungarian service make the perfect opposition to a force of American Mustangs questing ahead of the bomber groups, or Soviet fighters sweeping the skies clear in preparation for the big push!

The best place to start your new Hungarian squadron is with our brand new Fw 190s and a set of the Hungarian Air Force decals.

The Fw 190s of the Hungarian 101st Squadron are diving towards Debrecen, where Soviet armoured units are dangerously close to over-running the Axis forces emplaced there. Soviet fighter units swarm over the battle area, ready to intercept any close air support. A few air strikes might give the German landsers some much needed breathing space.

Play any scenario of Blood Red Skies you like. For every Fw 190 that survives the battle unscathed, gain a free Air Strike in your game of Bolt Action. 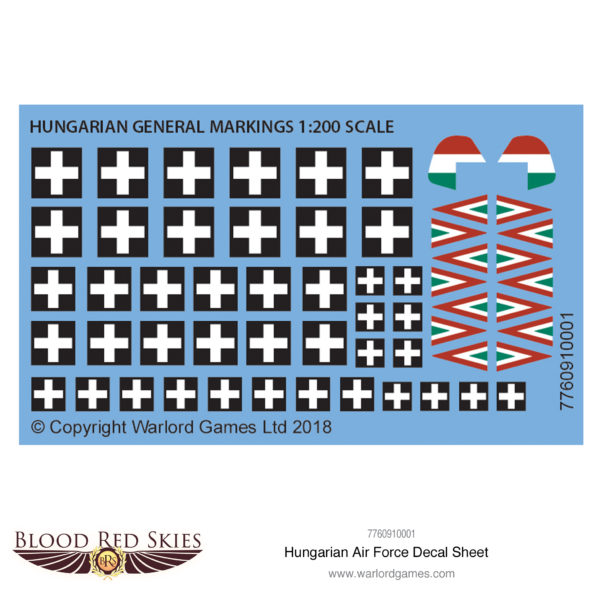 This waterslide decal sheet contains markings to decorate 6 planes in the markings of general Hungarian markings. 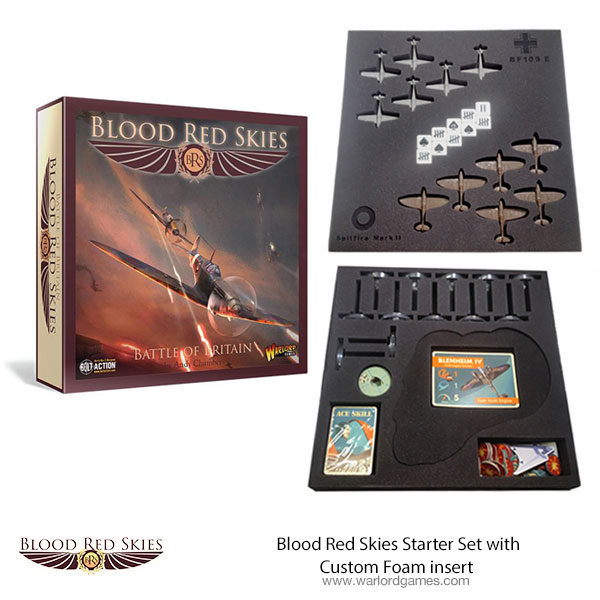 All available in one neat package – you can now start Blood Red Skies with this unique insert. 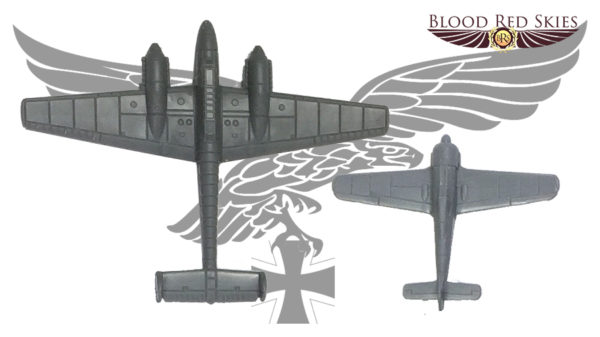 View the Collection in Store

Tom spends most of his time buying books and painting miniatures. He enjoys putting animals on the bases of his miniatures and half-finishing side projects. Some say that he lives in a tower on top of some windswept northern hill with his wife and cow-patterned cat, Spaghetti.
View Profile | View all posts by Tom Mecredy
Combat Focus: Panther vs T-34-85
Frontline Report: Urban Warfare in Budapest 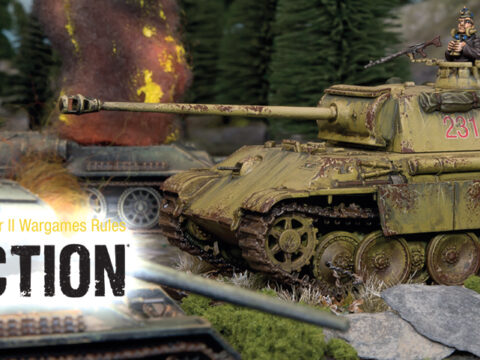 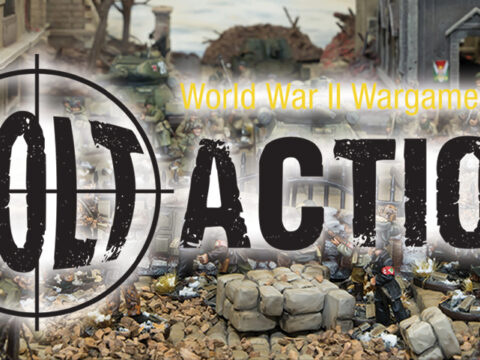