Beyond the Gates of Antares, Latest Products, Mercenaries

Once the Hükk has their sights on you, there are only two ways out…kill or be killed. 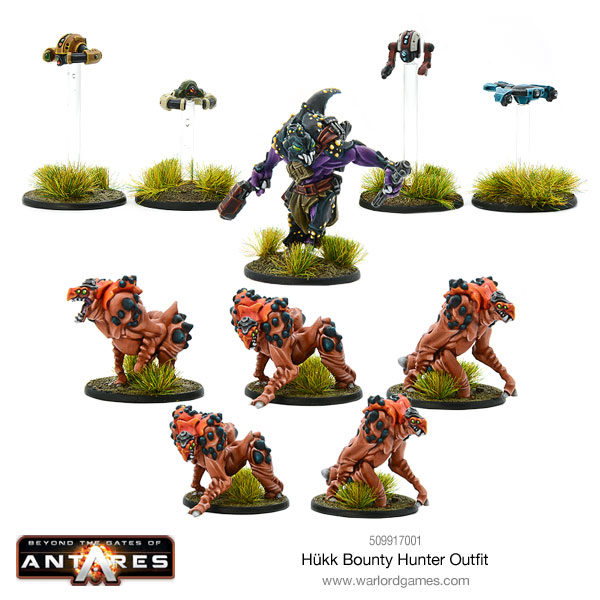 The Hükk are intelligent, have a sparse and narrowly focused language but almost no social cohesion or culture. When their world was discovered by human explorers in the remote past, the Hükk recognised the value of human artefacts and material culture – especially weaponry – but never felt any inclination to learn how to understand or make it. They simply took what they found and adapted it to their own purposes. 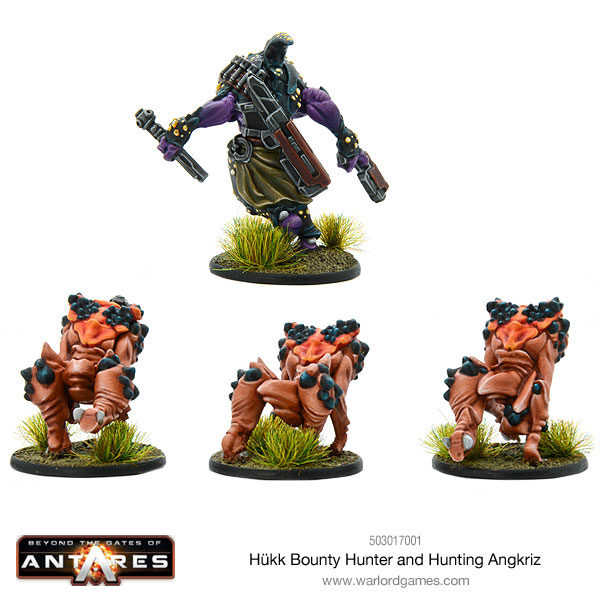 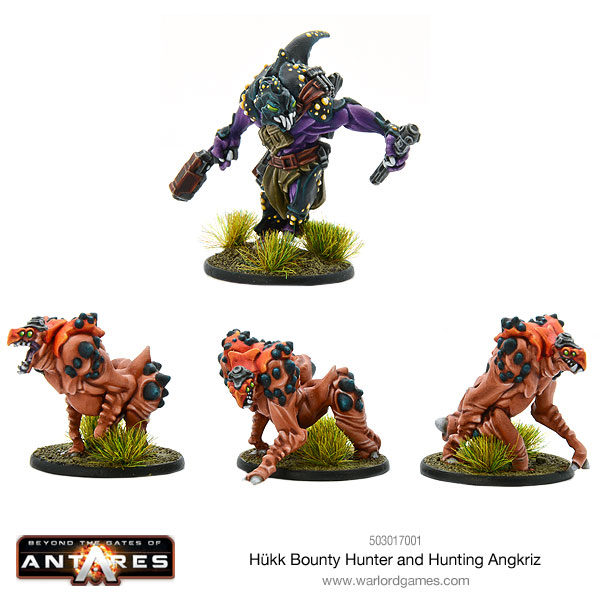 To outsiders, the Hükk appear amoral and without remorse or pity, but they never lie or seek to deceive, merely refuse to reveal information given in confidence. Such deception implies weakness and to even imply such deception is deeply insulting. The drive to maintain and enhance hürakh acts in a way we could understand as honour: a Hükk would never decline a job unless he or she felt it unworthy of them – and they would be insulted to be offered an unworthy hunt in the first place! Once the hunt begins they are utterly focused upon the task, prepared to spend the rest of their lives in pursuit of their target if necessary. Failure means a devastatingly shameful loss of hürakh, a weakness other Hükk will take as a sign to encroach upon their territory. 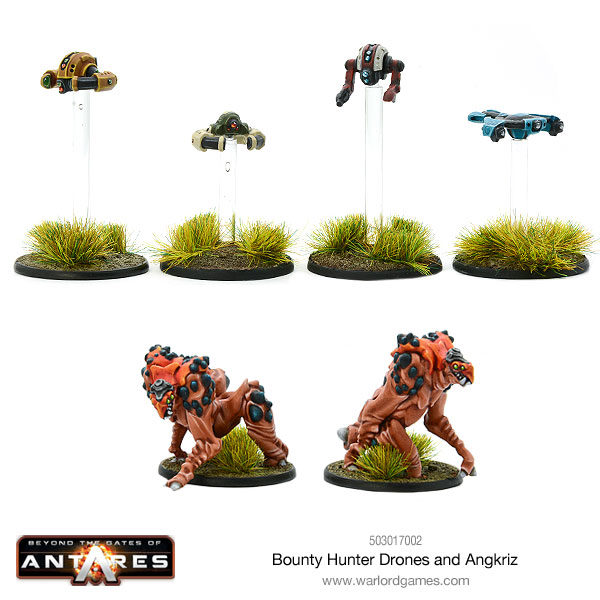 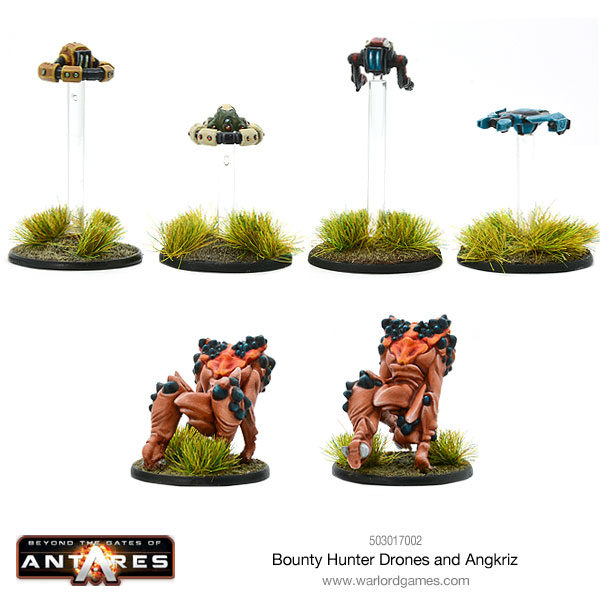 The armour throughout Antarean space is chameleon, hence the range of colours on individual units can be infinite. Each Hukk would use skin dyes or colourings to adapt themselves to their local terrain if they thought it might help, but a nanosphere enabled colouring is beyond them – even now our soldiers in the field have a range of skin paints/clothing/etc to match the area of operations and Hukk are sneakier than that!

What it boils down to is that individual Hukk will dye their skin, paint their weapons and force the chameleon coating on their armour to whatever they need to get the job done! Whilst there may be a natural colour – a black/yellow Hukk will make sure he won’t stand out on a snowfield! 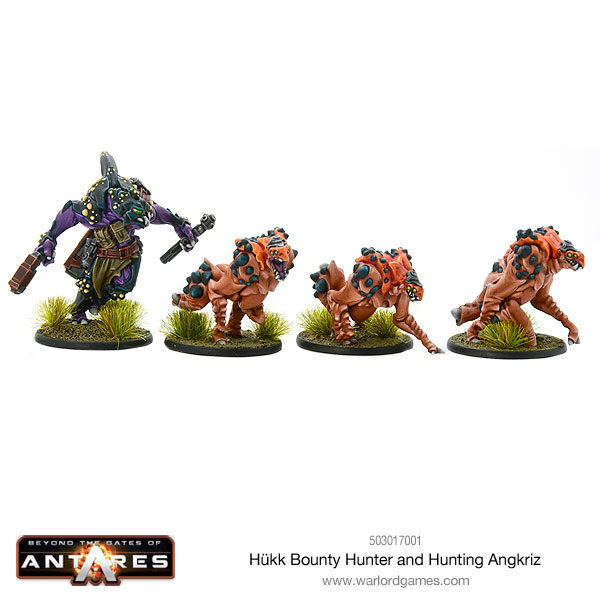 Hükk bounty hunters often make use of pack hunting creatures, as did their ancestors, much as humans may keep hounds. In most cases, these creatures are controlled by some kind of neural implant – depending very much on the creature. Whilst lavan creatures are occasionally used on kill missions, the creatures we have here are specially-bred and tailored Angkriz, a genetically modified development of ferocious pack hunters who were spread around the Antarean Nexus during one of the many diaspora.

Infantry and Beast Unit
Points Value: 122
Usable by: Any faction including Vorl but excluding Virai.
Limitations: One per army. Hükk are solitary!

Hükk have over 9 options to take! Allowing you personalise your Hükk to any specific task you have in mind! For a full description including new special rules, customised Mag gun, Subdue and his unique weapon the X-sublauncher, download his PDF!

Pit your wits against your enemy in this challenging bounty hunter scenario.

Gather your weapons and prepare for the hunt with these packs: