We recently received this superb letter from Walter Riley Jr which we had to share it with you all… All aboard HMS Starling. 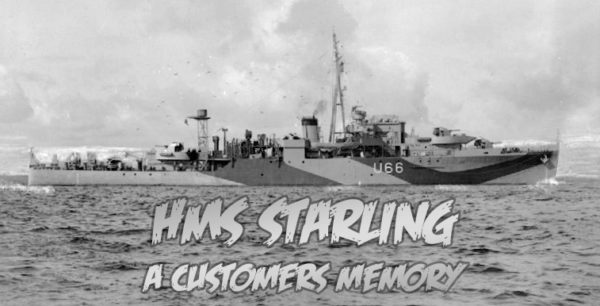 Just dropping you a line to say how much I am enjoying Cruel Seas.

My father was in the RN during WW2, being part of a handpicked, elite crew on HMS Starling

HMS Starling, pennant number U66, was a Modified Black Swan-class sloop of the Royal Navy. She was active in the Battle of the Atlantic during the Second World War and was the most successful anti-submarine warfare vessel of the Royal Navy, being credited with the destruction of fourteen U-boats. (Wikipedia)

He was chosen because he had volunteered for hazardous duties and being sent to France in 1940 and was rescued by a destroyer near Dunkirk (but that’s a different story)
Starling was the leading anti-submarine hunter during the war, and the Captain “Johnnie” Walker was very famous. He loved his crew and would relax discipline when they left port and allowed his men to dress in their Civvies while at sea, this led to the crew getting the nickname “Johnnie Walkers Pirates”.

The US president gifted a cruiser to the Soviets and was very anxious to get it delivered in one piece, so much so that he asked for Walker’s group to escort it.

This is a short excerpt from the website http://www.captainwalker.uk/walker.html

“It was not to be, however. Scientists wanted an experienced seaman to take them on a hunt for enemy aircraft armed with guided-missile bombs, nicknamed “Chase-Me-Charles.” So after only three days in Liverpool, Walker led his ships back to the Bay of Biscay, to patrol well inshore under the enemy guns to entice rocket-firing aircraft into the air. In one day, the sloops were subjected to 12 Chase-Me-Charles attacks, a hair-raising experience because the scientists, experimenting with a device for breaking the radio contact between the aircraft and the missile, were upset at the thought of shooting anything down. On the third day, two missiles were fired at Wild Goose within seconds of each other and, after wobbling on a proper course straight for the sloop, suddenly fell into the sea.

A Close Shave! One scientist thought this significant and asked Walker what electrical machinery was running then that would not have been running during earlier attacks. Investigation revealed that one of Starling’s officers had been shaving at the time, using an electric shaver.
Excited, the scientist begged Walker to sail even closer to the French coast to coax a further series of attacks. Walker did so, and the Luftwaffe sent up a squadron armed with orthodox bombs and guided rockets.

As the planes came in low and launched their rockets, four electric shavers–all the group could muster–were switched on. Every rocket swerved off course and crashed into the sea. Another version states that the scientists ran electric razors over microphones in an attempt, successfully, to thwart the radio signals from the parent aircraft. (The Fighting Captain – Alan Burn).

Some incidents also occurred with Spanish trawlers, which were trying to mask U-boat movements in the Bay of Biscay. These were sunk and their crews taken off. Many of these Spanish sailors begged to be allowed to stay onboard and become “Hostilities Only” British sailors. But Walker later repatriated them via another Spanish trawler. One Spanish Captain was asked how he felt about his trawler being sunk, he shrugged his shoulders and muttered [that] “it belonged to Franco.” 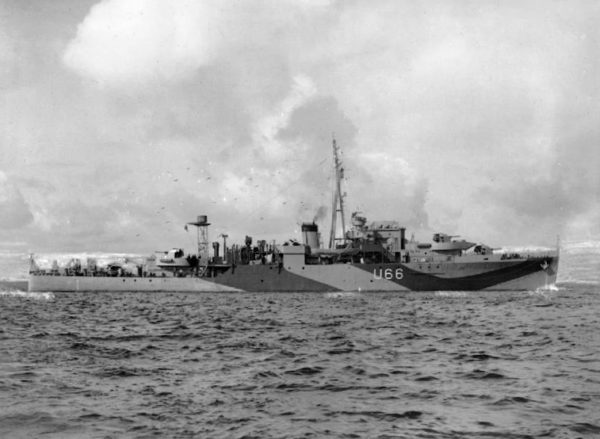 My dad, although only an able seaman, tried to gather support to save Starling from being scrapped in 1965, this effort led to the formation of Captain Walkers Old Boys Association.

Most of the crew have now “crossed the bar”, but I was raised with them and their friends, VC holders, SAS troopers and Colditz survivors. What a wonderful time for a young boy in the ’60s

I’m enjoying the game very much, playing it with my young grandson, and was pleased to see the modified Black Swan class sloop (Starling) on the stats page of the rulebook and hope that you will release this model soon.

I have enjoyed playing your games (Bolt Action etc.) and teaching my grandson about wargames, history and his great grandfather (whom he never met).

We thank Mr Riley (jnr) and wish him all the best, We do indeed hope to have a Black Swan -class sloop later this year… 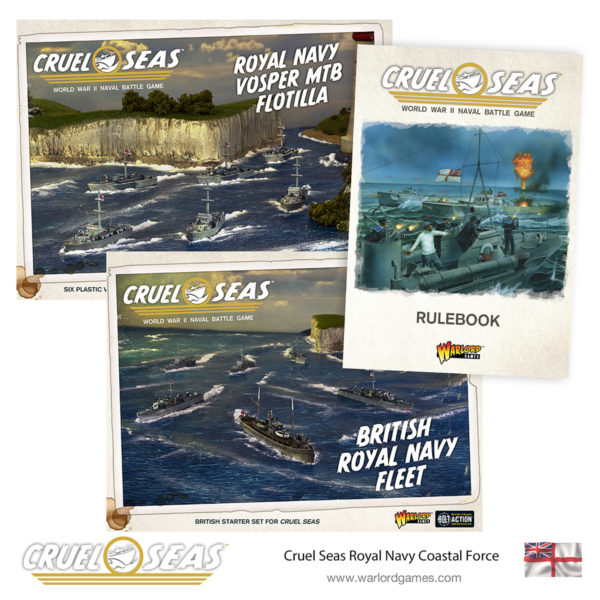