With the aid of some strong drink and a certain blue-box piloting adventurer, Warlord Games is proud to present History’s Greatest Generals!

The stage is set for eight of antiquity’s greatest combatants (that are made by Warlord Games) to square off in a duel to the death. We’ll be putting the brand new Contest of Champions through its paces. Before the clash of blades, let’s meet our combatants. 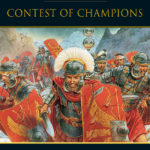 Inject some drama into your games of Hail Caesar with a brand-new minigame which allows your commanders to clash in heroic duels. Simple card-based mechanics create dynamic engagements where literally anything can happen!

Contest of Champions works equally well as a standalone minigame, or into a big game of Hail Caesar with minimal changes. We’re running this tournament as a standalone, to give you an idea of how everything works on the tabletop! 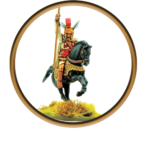 Alexander the Great once wept because there were no worlds left to conquer. At the head of his army of battle-hardened Macedonians, he smashed every army that stood in his way, bringing the torch of Greek civilization to practically every corner of the ancient world. In his lifetime, he was renowned for his martial prowess and strategic genius, making him a perfect candidate for our tournament.

In Contest of Champions, Alexander is a Command Rating 10 General, armed with a lance, heavy armour, and his trusty horse, Bucephalus.

In the 9th century, Anglo-Saxon England was perched on the brink of 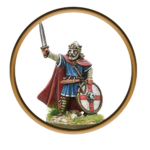 annihilation. Viking invaders marauded back and forth across the countryside with impunity. If they remained divided, England would be destroyed. England’s saviour marched out the rolling hills and misty marshlands of the South West, smashing the Great Heathen Army and unifying the squabbling kingdoms under one banner. While he is most known for his legal and social reforms, the evidence suggests that Alfred was also an exceptional field commander.

In Contest of Champions, Alfred is a Command Rating 8 General, armed with a sword, heavy armour and a large shield. 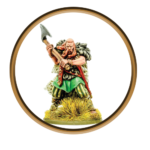 While Caesar was busy subduing the Gauls, on the other side of the Rhine, Ariovistus was busy building his own empire. In the early part of the first century, this king of the Germans fought against both Gauls and Romans in a bid to spread his sphere of influence westward. This expansion would bring him into conflict with another of our picked generals – Gaius Julius Caesar! On one of his forays across the Rhine, Ariovistus’ army was badly mauled by Caesar’s expeditionary force, preventing the Germans from mounting any further offensives into Gallic territory.

Clearly, Ariovistus was able to go toe to toe with Caesar and the might of the Roman republic. A fine candidate for our competition.

In Contest of Champions, Ariovistus is a Command Rating 9 General, armed with a two-handed weapon and light armour. 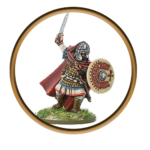 of time. One theory holds that he was in fact, a Roman centurion called Lucius Artorius Castus, who fought against the native Britons and invading Saxons with a band of Sarmatian auxiliary cavalry, sowing the seeds for the knights of the round table. In his mythic cycle, Arthur fights many battles against both human and supernatural foes. His skill with Excaliber is undisputed, making him a shoo-in for this clash of champions.

In Contest of Champions, Arthur is a Command Rating 8 General, armed with a sword, small shield and heavy armour. 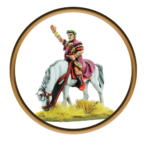 Born to a patrician family in the eternal city of Rome, Gaius Julius Caesar had an unfortunate start in life. Stripped of his birthright by factional infighting and forced into hiding, he joined the legions as an escape from the political machinations of ancient Rome. After revenging himself on a band of Aegean pirates who had enslaved him, Caesar began a military campaign that would spread Roman rule across Gaul, before successfully fighting a civil war against his erstwhile companion, Pompey, before assuming total control of the Roman republic. His successes against both barbarian and Roman enemies showcased his complete mastery of the battlefield!

In Contest of Champions, Julius Caesar is a Command Rating 10 General, armed with a sword, heavy armour, and a horse. 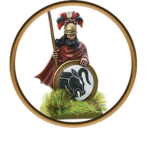 The pass at Thermopylae was held by a few thousand Greeks against a gargantuan army of Persians. Surrounded by his coterie of 300 Spartans, King Leonidas held the pass for seven days before eventually being overrun. His courage in the face of overwhelming odds has been repeated through the ages, making this warrior-king a titan of battle.

When the Persian king demanded that his men lay down their arms, Leonidas’ response was “come and get them!”

In Contest of Champions, Leonidas is a Command Rating 8 General, armed with a spear, light armour, and a large shield. 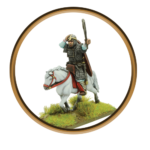 Anglo-Saxon England died on Senlac Hill. It was trampled under the hooves of Norman warhorses, skewered with lances and pincushioned with arrows. At the head of this conquering army was William the Bastard, Duke of Normandy. By the age of 38, William had survived numerous assassination attempts during the anarchy following the death of his father, unified his squabbling vassals and crossed the channel to claim his title as King of England.

William was a survivor – renowned for his fearsome temper and peerless strength. During his life, he demonstrated both tactical and strategic skills, including his mastery of early cavalry tactics, that would prove decisive during his invasion of England.

In Contest of Champions, William is a Command Rating 9 General, armed with a mace, heavy armour, a large shield and a horse. 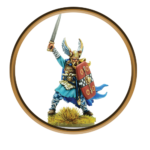 Many heroes met an ignominious end – contrasting their triumphs with an unfortunate passing. Such was the case for Vercingetorix the Gaul, who was imprisoned for six years before being strangled after being paraded before the Roman mob. This was a chieftain who united the squabbling Gallic tribes and faced down a future Emperor. His revolt set Gaul ablaze, pioneering scorched earth tactics to deprive the Romans of food. Unfortunately, he found himself bottled up inside Alesia – one of his toughest strongholds. Caesar’s army ground down his defences and fought off numerous counter-attacks, bringing this proud chieftain to his knees in supplication.

In Contest of Champions, Vercingetorix is a Command Rating 8 General, armed with a sword, light armour, and a large shield.

Let Slip the Dogs of War!

The stage is set, our combatants are ready. Let the battle commence! Check back next week for the results of the first round. In the meantime, why not give Contest of Champions a go and let us know how you got on! 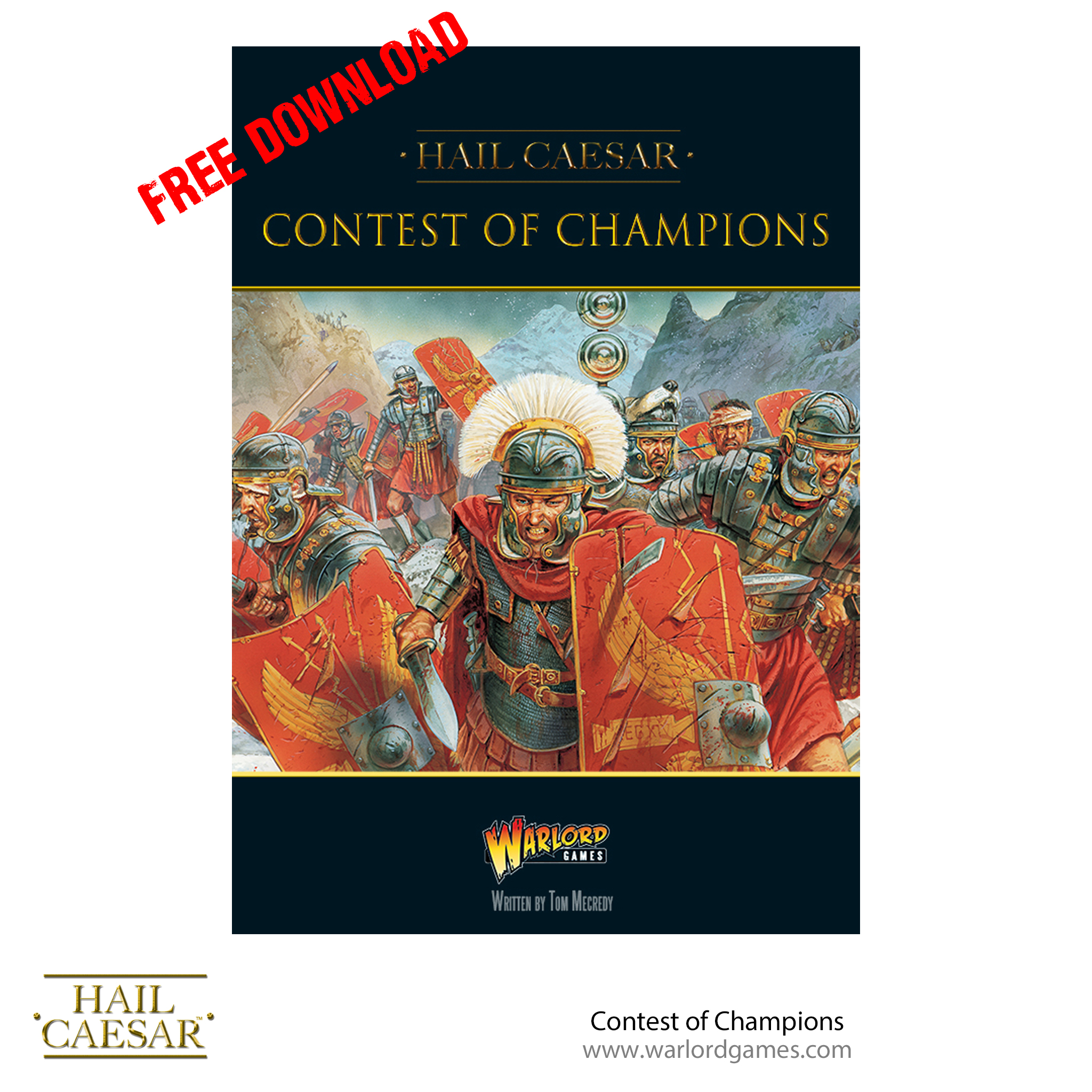 Tom spends most of his time buying books and painting miniatures. He enjoys putting animals on the bases of his miniatures and half-finishing side projects. Some say that he lives in a tower on top of some windswept northern hill with his wife and cow-patterned cat, Spaghetti.
View Profile | View all posts by Tom Mecredy
Black Seas: Smuggler’s Run
Cruel Seas: Run Silent, Run Deep!