We’re exploring another dimension of coastal warfare in Run Silent, Run Deep! Peer beneath the waves into the murky depths of submarine warfare with this unofficial supplement.

In Cruel Seas we intentionally wanted submarines to work as a normal surface vessel. After all, powerful diesel engines propel them as fast, if not faster, than many escort ships in a convoy when surfaced.

The bonus for a submarine is, of course, being able to vanish by diving, hiding from escorts to ambush the merchantmen at will.

The disadvantage of being submerged is the slow speed and the fact you are often blind to what is going on at the surface, that’s when the game of cat and mouse begins!

Run Silent, Run Deep is an unofficial expansion to Cruel Seas that expands upon the submarine rules presented in the core book. Track the depth and position of your submarine with a series of easy to read markers. Send your opponent off on a wild goose chase, haring after shadows and transients while your submarine slips through his defensive line to attack lumbering merchantmen.

While games on the surface are a breakneck affair with chattering cannons and exploding shells, Run Silent, Run Deep is a game of stealth and patience – building to a nail-biting finale when escort and submarine clash one-on-one. 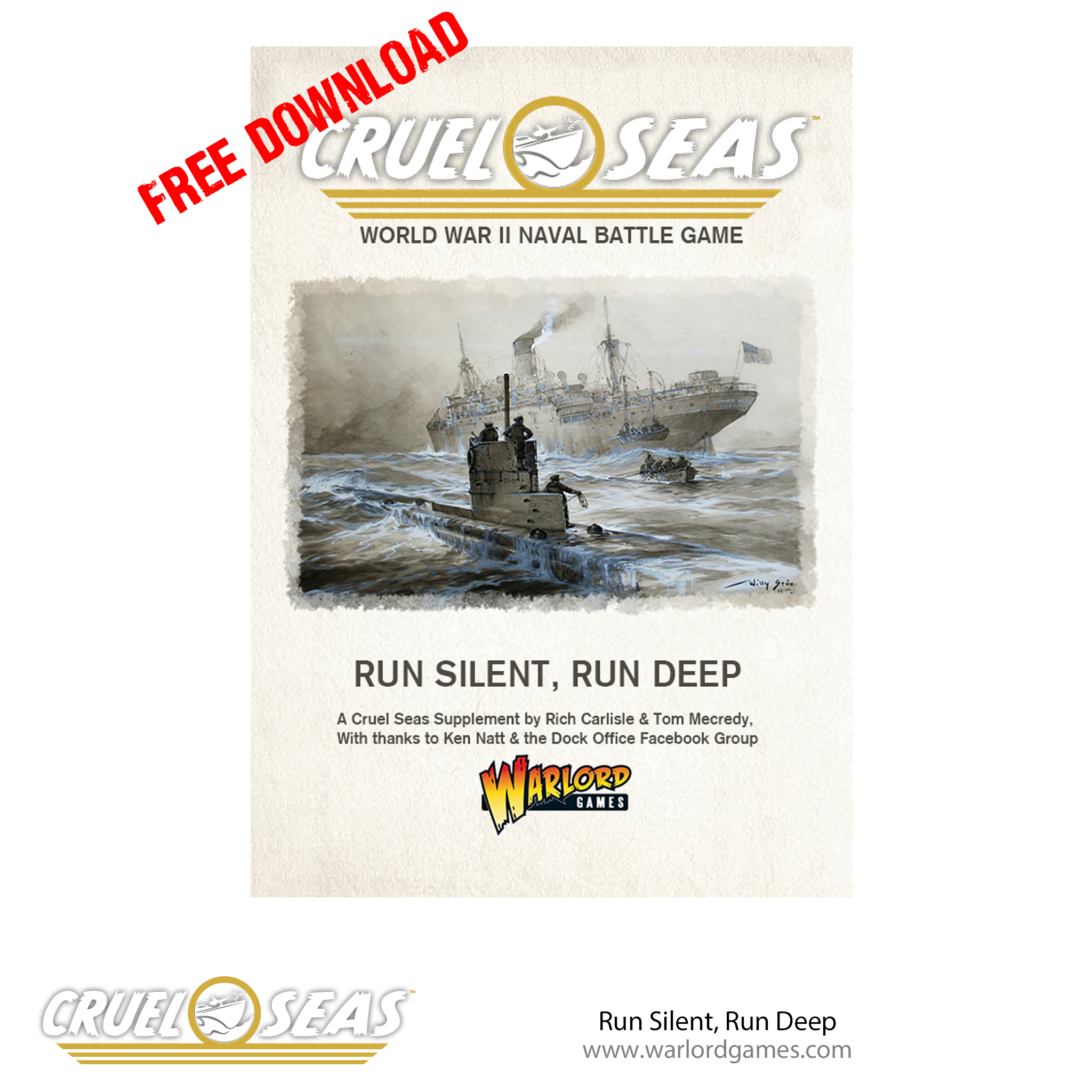 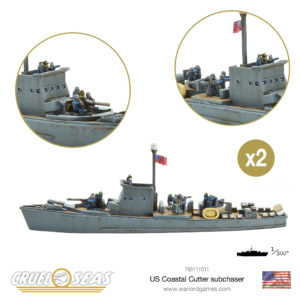 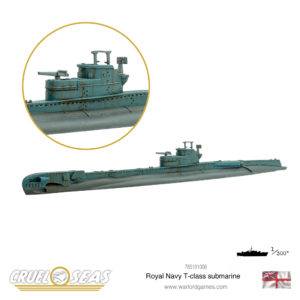 Tom spends most of his time buying books and painting miniatures. He enjoys putting animals on the bases of his miniatures and half-finishing side projects. Some say that he lives in a tower on top of some windswept northern hill with his wife and cow-patterned cat, Spaghetti.
View Profile | View all posts by Tom Mecredy
Contest of Champions: History’s Greatest Generals
Blood Red Skies: Sandstorm!