We recently came across a disk full of images from previous Bolt Action painting competitions. There are some cracking entries and we’ll be showing them off again over the next few weeks on here and in our weekly email newsletter. We couldn’t wait to start though and here’s the winning entry in the 2007 competition: Dom Goh’s superb PaK 40 diorama… 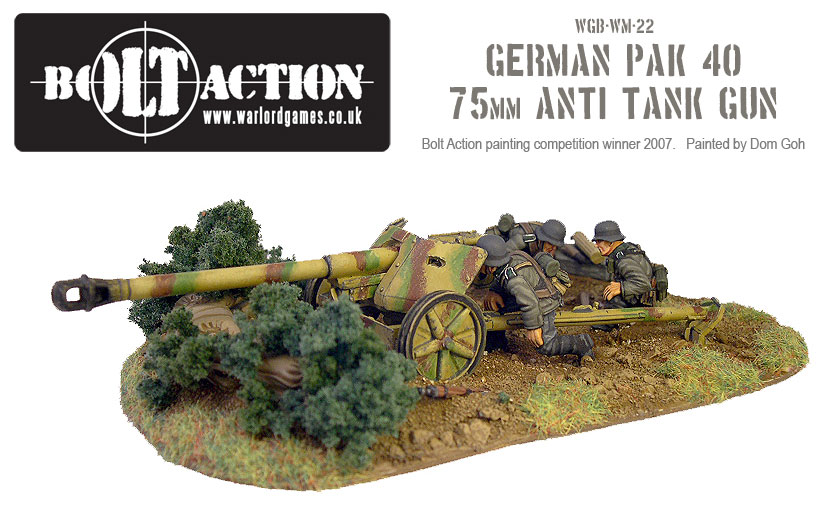 The 7.5 cm Panzerabwehrkanone 40 more commonly known as the PaK 40 was a popular anti-tank gun used by the German armed forces for much of World War 2.  The numeral behind the names of German artillery denotes the year they were approved for active service. 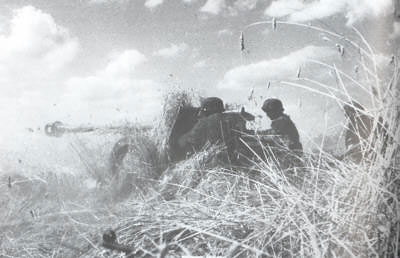 Not only is this an expertly built diorama with a top-notch paintjob it also sports a few great  features – the way Dom has finished the breech area of the gun in particular. The weathered metal effect can be achieved by using a soft graphite pencil. Easy to do and yet so effective! 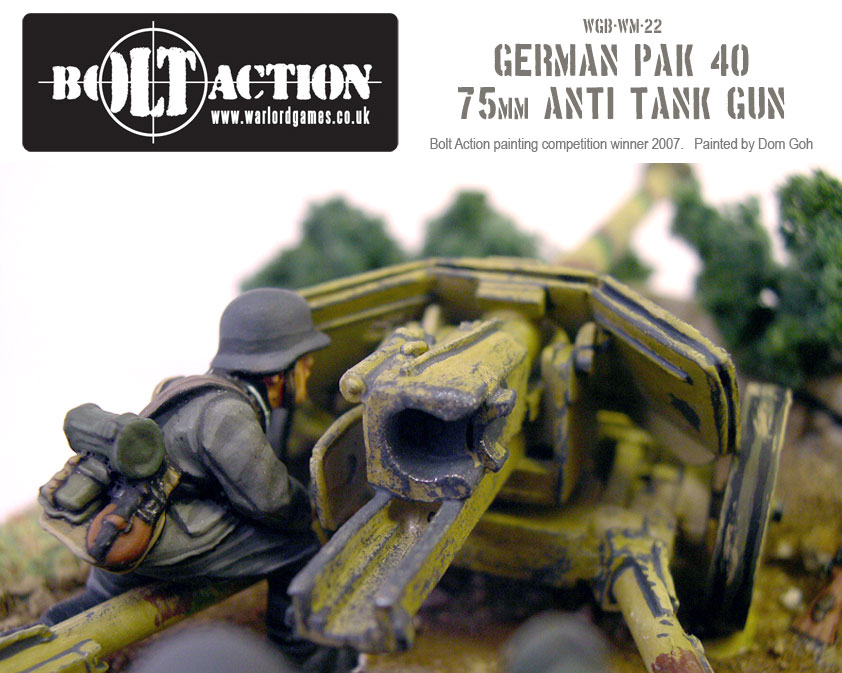 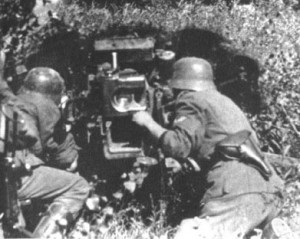 Although the PaK 40 was heavy enough that it needed to be hauled about with a transport vehicle like an artillery tractor, it was an effective weapon against everything the Allies could bring to bear against it. Some of these guns were captured and employed by the Soviets thus turning the tables against the Axis menace! 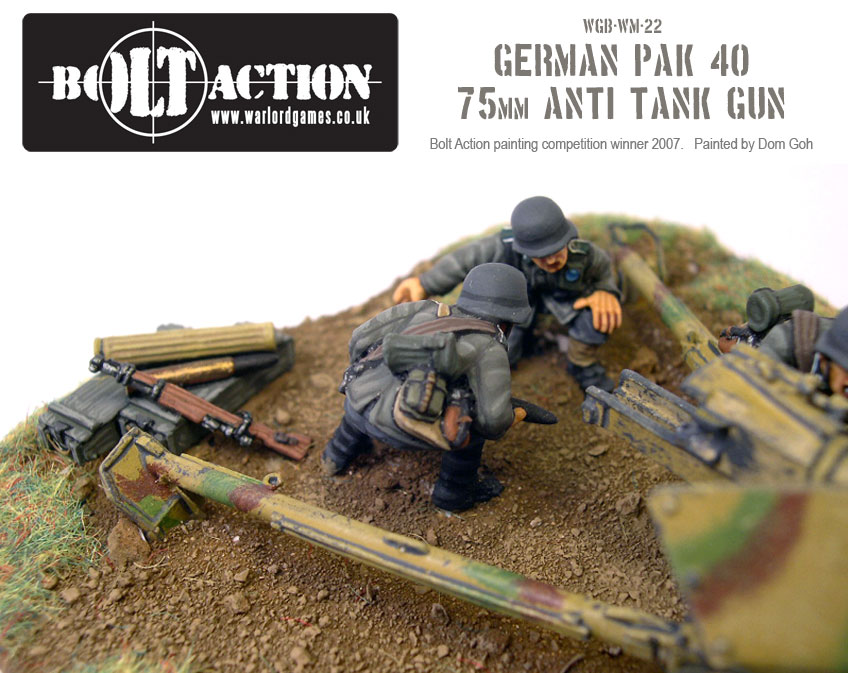 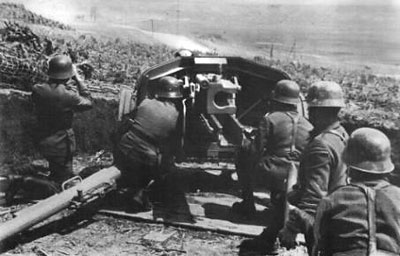 Little things such as the addition of ammo crates and rifles really add a touch of realism to the piece. 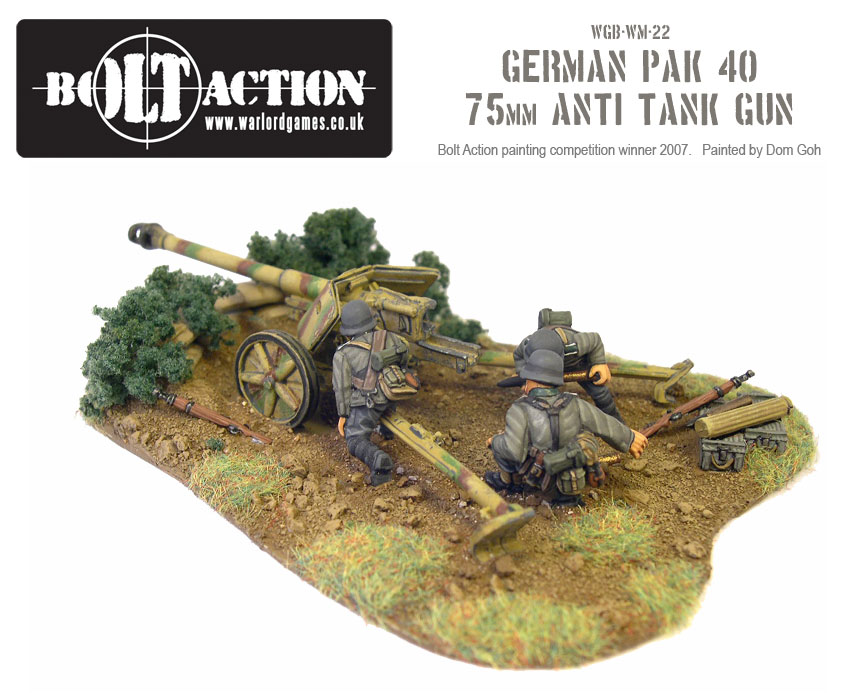 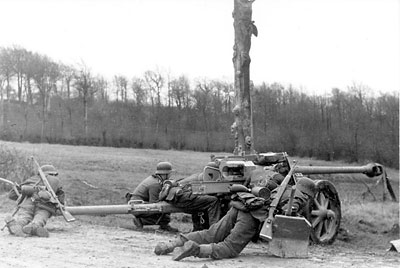 It wasn’t just the German army using the PaK 40 though – the Fallschirmjäger and the Waffen-SS also made good use of it’s tankbusting capabilities. You can check out our Bolt Action Fallschirmjäger PaK40, and our Waffen-SS crewed gun.

We’ll be showing off more great models from the competions and may even resurrect the competitions themselves.

The Bolt Action German PaK 40 is available right now in the Warlord webstore.