Our old pal Neil Burt (Troop of Shewe) has been hard at work with airbrush and weathering powders (and more than a little magical pixie dust judging by the superb results) painting many of our recently released vehicles.

Of course, we’re very proud of our huge range of resin vehicles and the chance to show off Neil’s handiwork was too good to pass up… 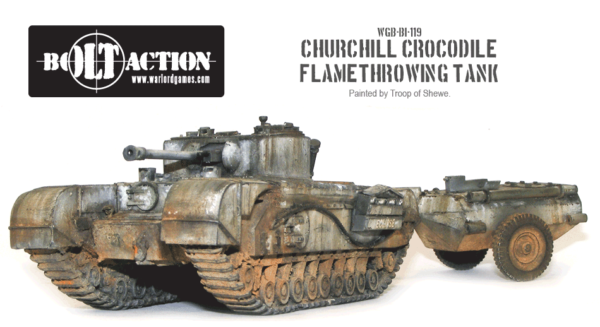 The Crocodile was introduced just prior to the Normandy landings and formed part of the British 79th Division (known affectionately as ‘Hobart’s Funnies, after Major-General Percy Hobart, the division’s father figure) as well as being employed by the Royal Engineers.

The fuel-filled trailer could be attached to any Churchill as a field modification replacing the hull-mounted Besa machine gun, and meant the tank would retain it’s main turret-mounted gun, giving it more flexibility than merely as a short-ranged flamethrower. The Crocodile’s terrifying payload was often enough to induce the occupants to surrender although the weapon was a double-edged sword for the crew as they could expect little mercy if taken prisoner.

The US forces in Europe often requested use of the British Crocodile in Normandy’s dense bocage and also as the Allies pushed east and into Germany itself. The Croc also saw service in the campaign in Italy.

Neil has given the Bolt Action Crocodile the somewhat unusual winter colour scheme – it makes the subject matter even more striking! 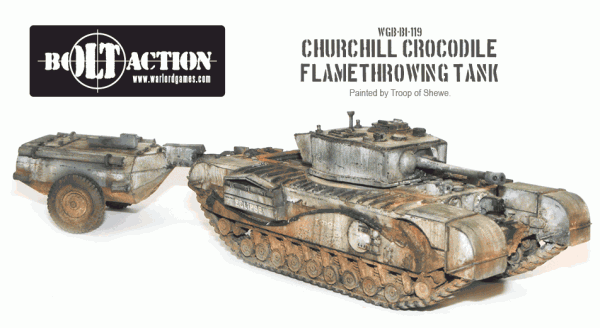 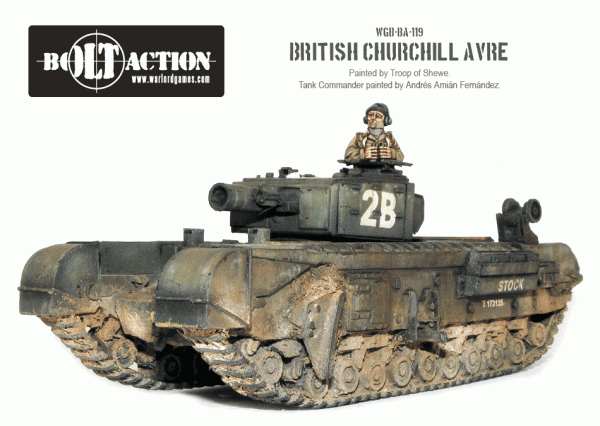 This variant mounts a 290mm petard spigot mortar (lobbing a 40 lb projectile known affectionately as ‘The Flying Dustbin’) – just the job for cracking stubborn fortifications. In fact, the Churchill AVRE was known to work in concert with the Crocodile – the AVRE would crack the casing on pillboxes and similar defences and the Crocodile would hose it down with its liquid fire pouring in through the gaps. Suffice to say surrender was a more likely outcome than resistance in many cases! 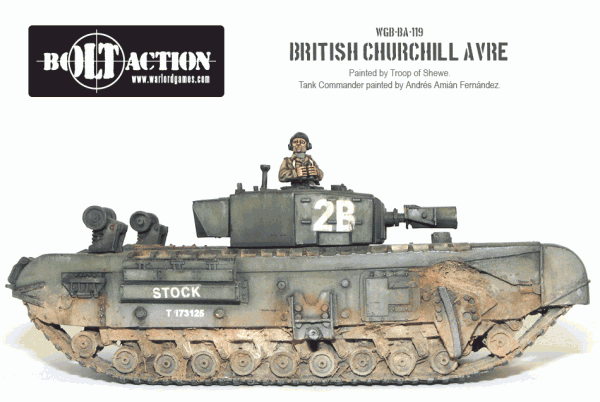 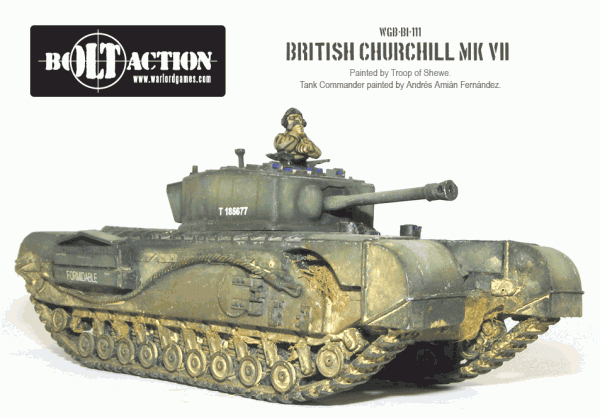 Whilst the Crocodile and the AVRE will no doubt have drawn much cooing from you, let’s not forget the good old Churchill Mk VII itself! Wider, more heavily armoured and mounting a 75mm gun, the Mk VII first saw action in 1944 during the invasion of Normandy.

Despite it’s relatively weak 75mm gun (compared to it’s counterparts in the German forces) the Churchill Mk VII had greater armour than the German Tiger I! The unique suspension system on the Churchill gave it a great advantage in that it could climb terrain no other tank of it’s era could manage. This allowed it to give great service in such actions as the capturing of Hill 309 in Normandy during July as part of Operation Bluecoat. 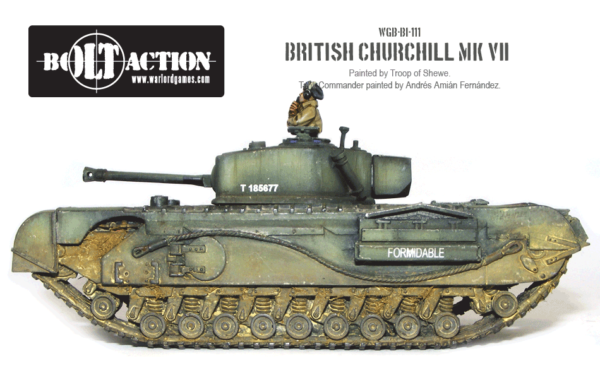 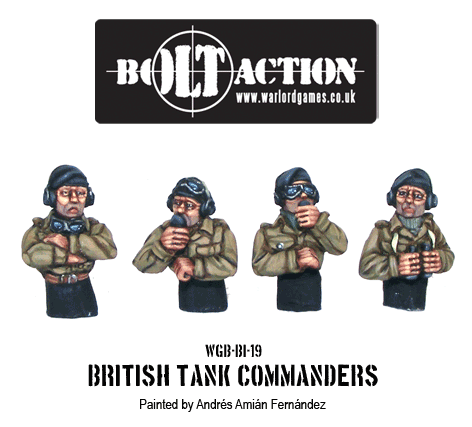 Each of the Churchills above come with a random tank commander model. If you are after a specific tanker or simply need more, we have this pack of very characterful British commanders. What ho!