Prepare to add more ships to your fleet and rule the coastal waters with a new Fairmile D, MTB 624, for the Royal Navy! 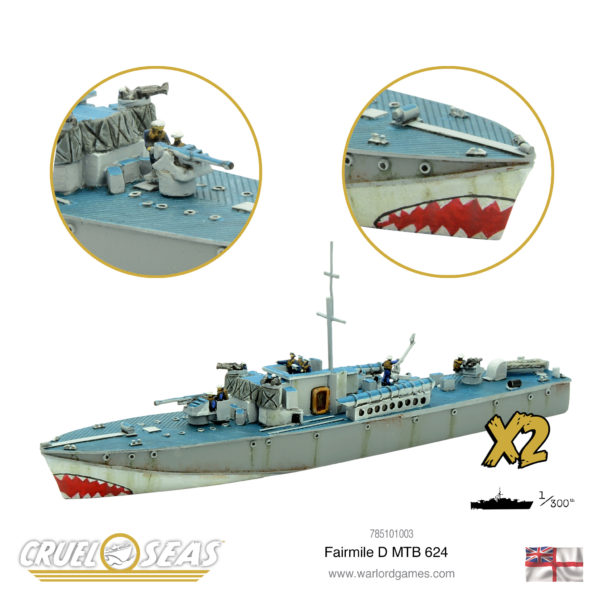 The Fairmile company produced a mass production vessel, which had good seagoing qualities and was used also for mine laying. The Fairmile B followed this, 398 being built in the UK, and 180 more in the Commonwealth, an impressive total. They showed their suitability by one flotilla even crossing the Atlantic to Trinidad via Iceland! 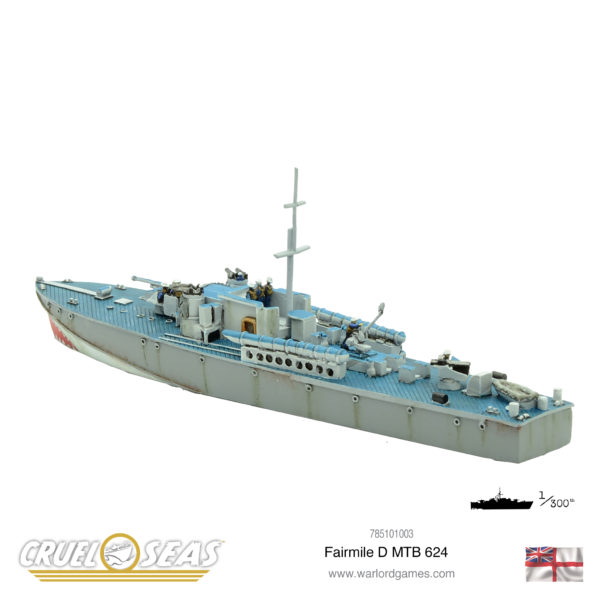 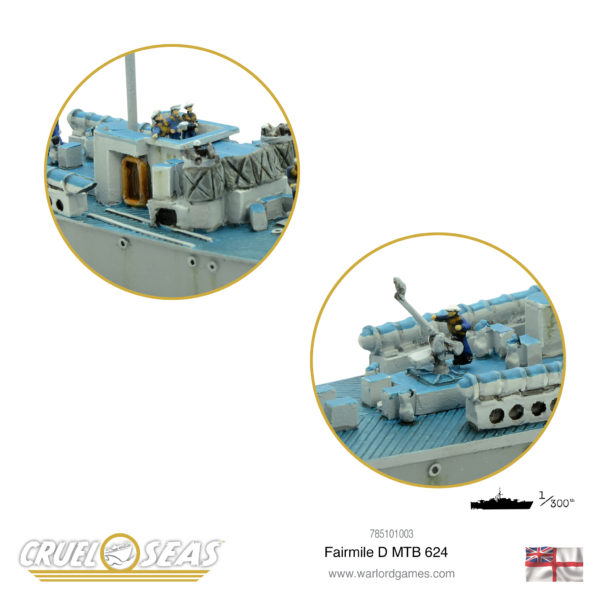 Their most famous boat was probably the Fairmile D or ‘Dog’ boat, a dual MTB/MGB, possibly the best-armed vessel size for its size in the world.

This model represents motor torpedo boat 624 in its final configuration, including an automatic 6pdr on the foredeck, the standard two HMG tubs on either side of the bridge, a Holman projector amidships and a twin-20mm cannon on the stern.

Originally launched as a motor gunboat (MGB) in 1942, 624 was built by the Dorset Yacht Company.

Alongside the two torpedoes and a regular crew, this gives you 170 points of the hard-hitting gunboat. Keep an eye on the newsletter for more information on this prowling hunter-killer.

The Fairmile D MTB 624 comes in packs of two to boost your Royal Navy coastal forces. 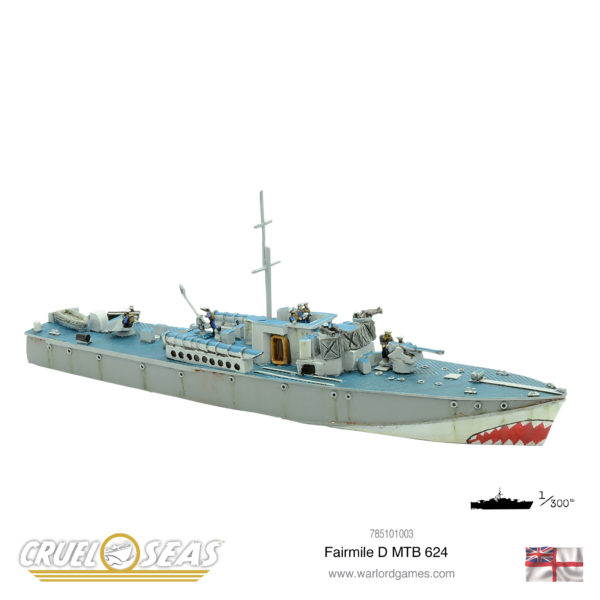