Want some rules for using Erwin Rommel “The Desert Fox” then here you go… Lead your Bolt Action German army into France and the Western Desert, then on to the invasion beaches of Normandy 75 years on! 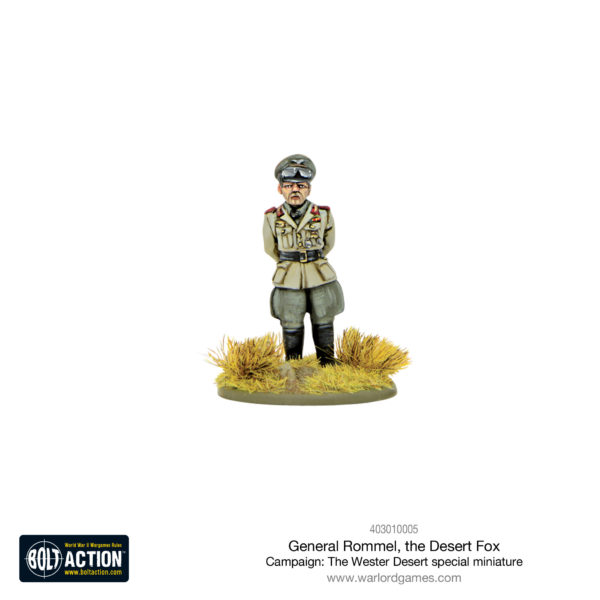 Born on 15 November 1891, Rommel joined the Imperial army at 18. In the First World War, he fought on several fronts and received the Iron Cross and other decorations. He remained with the army postwar, serving the Weimar Republic. Whilst portrayed by many as a ‘good German’ Rommel nevertheless flourished in the new Nazi-created Wehrmacht, even commanding Hitler’s personal army guard the Heer Begleit-Bataillon des Führers. This familiarity with the Fuhrer gave him certain advantages during the Second World War. He was Hitler’s ‘Favourite General’ and got away with acts of insubordination to his seniors that no other general would have been allowed.

It was during the battle of France in 1940 that his star truly rose when he commanded the 7th Panzer Division which he handled expertly and due to its rapid movement gained the nickname ‘The Ghost Division’ from its French adversaries. It was therefore only natural when Hitler was looking for a commander for the German forces in Africa that he chose Rommel. 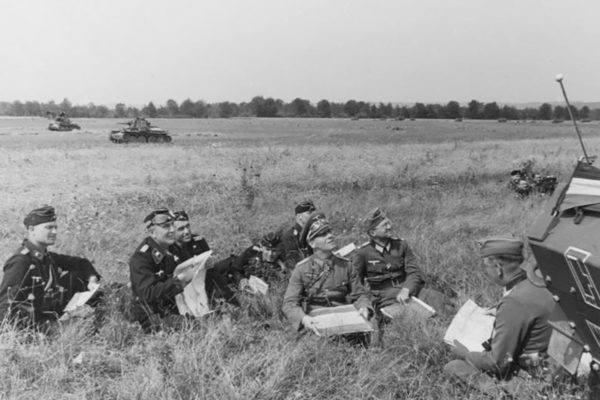 Rommel and his staff during the battle of France.

Whilst considered a great general and tactician his impetuousness and inability to take advice was to cost him and his forces dear in the Western Desert. Another of his traits was a double-edged sword, that being his desire to lead from the front. On one side this allowed him to proactively direct a battle and but it also left him in danger of capture or worse.

Nevertheless, his name is the one most associated with the North African campaign and few are likely to forget the exploits of the ‘Desert Fox’.

Get started with the Afrika Korps and grab one of the fantastic Afrika Korps starter army boxes, and the brand new Western Desert book which comes with a free Rommel miniature!

Tom spends most of his time buying books and painting miniatures. He enjoys putting animals on the bases of his miniatures and half-finishing side projects. Some say that he lives in a tower on top of some windswept northern hill with his wife and cow-patterned cat, Spaghetti.
View Profile | View all posts by Tom Mecredy
Painting Guide: Long Range Desert Group
New: Humbrol All Purpose Airbrush + Airbrush Power Pack