Our D-Day 75th Anniversary campaign is continuing to thrive, with many battles being hard-fought for both sides. Today we highlight a brilliant linked series of games from Yann Cléach…

Yann has shared this series of battle reports on our D- Day Campaign facebook group, providing a terrific write-up on each occasion. You can check out his original posts with the links provided. He thus earns the War Reporter Ribbon with MiD on his campaign profile:

On the night of June 5th to 6th, 1944, the British paratroopers of the 5th Brigade of the 6th Airborne Division jump between Ranville and Bréville. They join the commandos of Major Howard who had managed to seize the bridges of Bénouville (Pegasus Bridge) on the channel of Caen and Ranville on the Orne. But unlike Ranville, Bréville is located on a height, thus allowing the 346th German Division to repel the British at dawn on June 6, 1944. The village has to be taken despite strong resistance from German forces.

Allied Intelligence warned that the 346th Division was well equipped and determined.

Though there were multiple breakthroughs by the British paratroopers, they were constantly pushed back. Despite the impressive accuracy of a British sniper, the German’s determination remains intact. 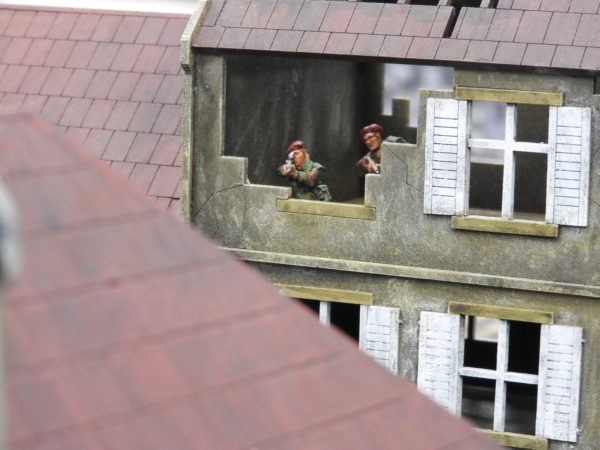 At the end of the day, Bréville is still in the hands of the Axis, but it’s just the beginning of a long and harsh fight.

Bréville is still in the hands of the Axis, and the German 346th Infantry Division will not be dislodged. There has been nearly a week of fierce battles and attempted breakthroughs by the British 6th Airborne Division.

Even if the British gain ground, the village is far from being under control. A squadron tank from the 13th / 18th Royal Hussars has been sent in reinforcements.

This should make it possible to eliminate a pocket of German resistance in the village’s surroundings and to defeat the armoured forces of the Reich.

Having found an ideal shooting location, a Sherman Firefly VC remained in position for more than 2 hours to eliminate a Panzer IV and burn down a second. 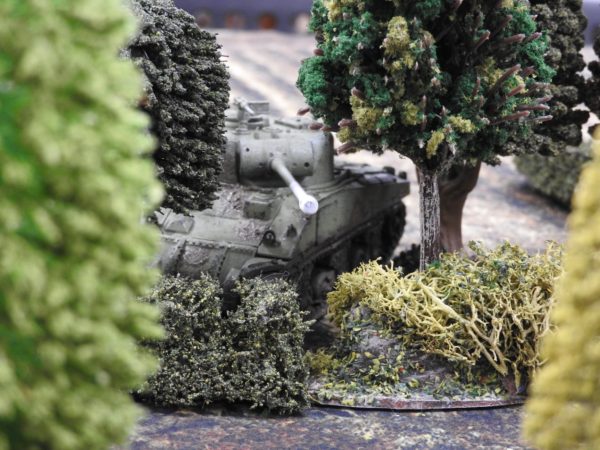 This battle was won, but Bréville remained a thorn in the foot of the Allies. 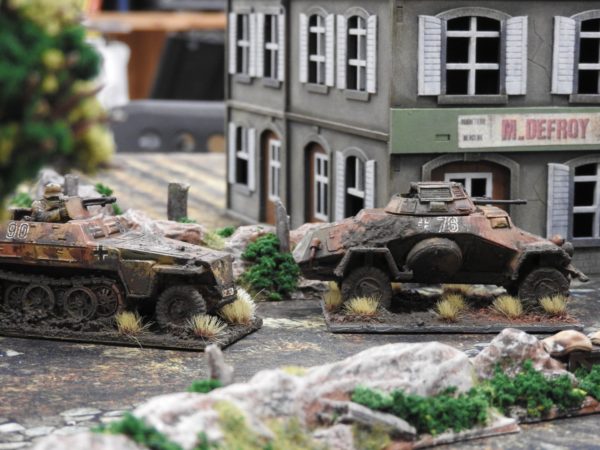 Another long day in this crucial battle for this small village in Normandy, which seems to have become a symbol of Axis resilience.

After days of fruitless fighting, some allied advances have emerged. But the gained ground up to now had been insignificant.

The main objective of the 6th Airborne was to secure and control the crossroads of the town centre, to prevent convoys of German reinforcements from reaching the headquarters of the 346th German Infantry Division.

While most of the reinforcements were indeed neutralized, some managed to sneak into the mesh of the Allied net.

Though the battle was tough, the fate of Bréville was not yet sealed, and other fights were to come… 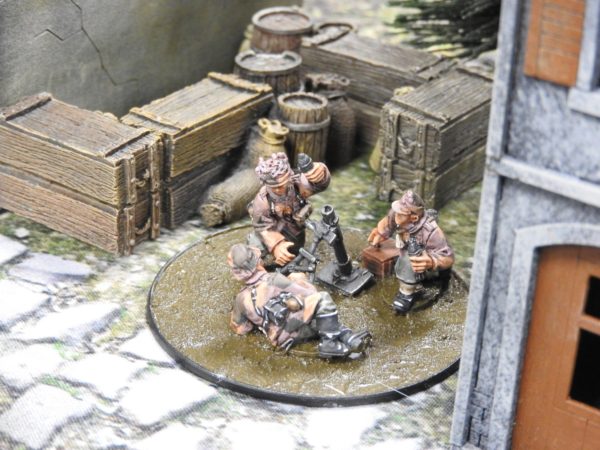 It seems that the fighting for Bréville is coming to an end, with the decline of the 342nd German Infantry Division, on several fronts around the village.

Thus, despite strong resistance (due in particular to the presence of a team of Panzerschreck and a mortar team of formidable efficiency), the last farm still held by German forces, fell today. 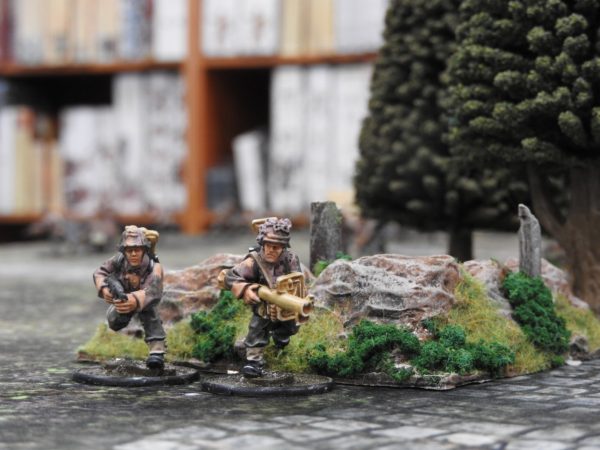 This should give the British of the 6th Airborne some time to refine the plans that will lead them to their final victory. 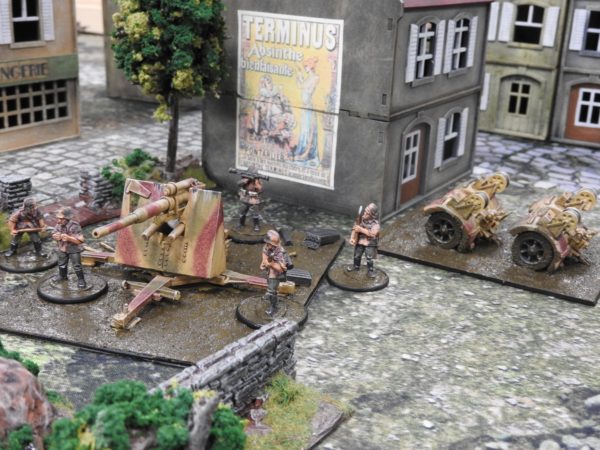 Bréville has been a thorn in the Allies’ foot for too long, but the German defences are beginning to give way.

Thus, the 6th Airborne took control of the village suburbs, which allows the 13th / 18th Royal Hussars to provide proper support to the Red Devils.

But, there are still pockets of resistance left. The 342nd German Infantry Division has, among others, an 8.8cm Flak 37, ideally placed to block further advancement.

It must be taken out at any cost so that allied progress can continue in the area. Another mission for the 6th Airborne. 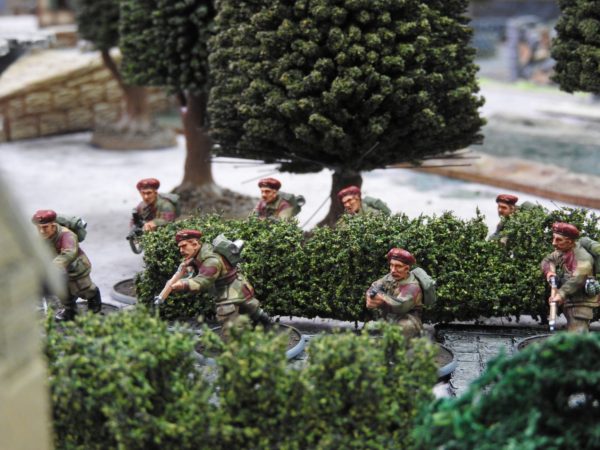 At the end of the day, after a slow and careful attempt to encircle the position, it is done. Despite heavy losses on the Allied side,  this victory should give the allies the impetus needed to finally take Bréville.

With two battles left to be fought, look out for more from Yann over on the  D- Day Campaign facebook group as the Battle for Bréville comes to its conclusion.

For his efforts, Yann has earned himself a mention in our very first gamer Mention in Despatches: 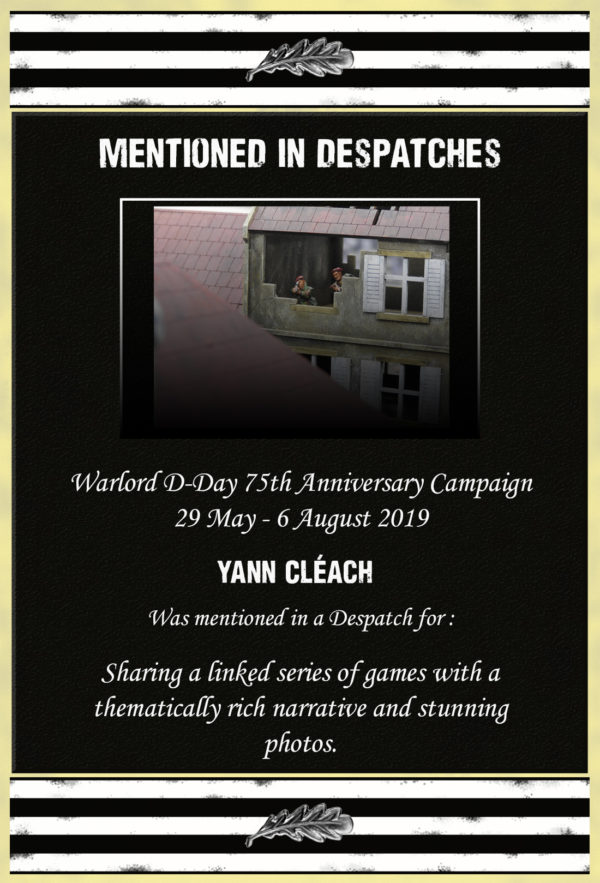 Fancy a mention yourself? We are on the lookout for your campaign related stories. Whether it be a great event or games; a particularly fantastic paint job or a magnificent table layout; perhaps you’ve got a unique story to share or you’d even like to write an article for us to feature? Then drop us a line to info@warlordgames.com or share with all over at the Warlord Forum or on the dedicated D- Day Campaign facebook group.

Not yet started with our D-Day Campaign? Don’t worry. There’s still time for you to get involved with our D-Day 75th Anniversary Campaign. Head over to the website, sign up following the simple instructions and get playing. Simply report the results of each game played. You are not even limited to Bolt Action. Games of Cruel Seas or Blood Red Skies also contribute their influence. You may even want to try playing one of our bespoke scenarios, written especially for this campaign! 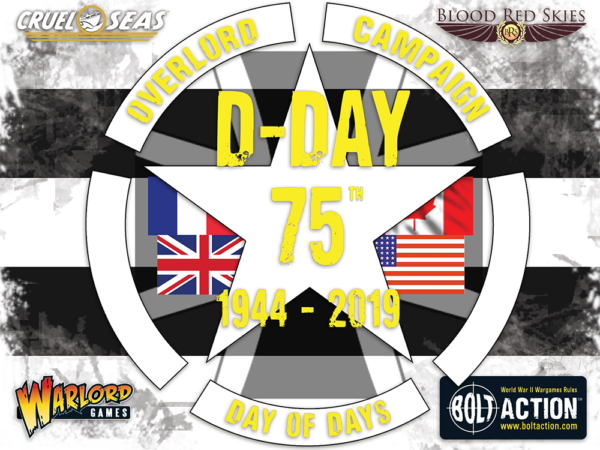 With over 200 pages the Bolt Action Campaign: D-Day Overlord Book, written by Robert Vella, allows players to take command of both Allied forces assaulting the beaches and inland defences and those of the axis manning such fortifications. Packed with linked scenarios, rules, troop types, and Theatre Selectors this book is a fantastic resource; providing plenty of options for novice and veteran players alike.

Dan can often be found contemplating the mound of unpainted minis building up under his desk. He has a tendency to roll lots of ones. He also has a tendency to complain about rolling lots of ones.
View Profile | View all posts by Dan Hewitson
Korean War: KPA Infantry
Event Report: Warlord Games Open Day 2019