Escort your convoy and perform anti-submarine duties with the new Flower-class Corvette. 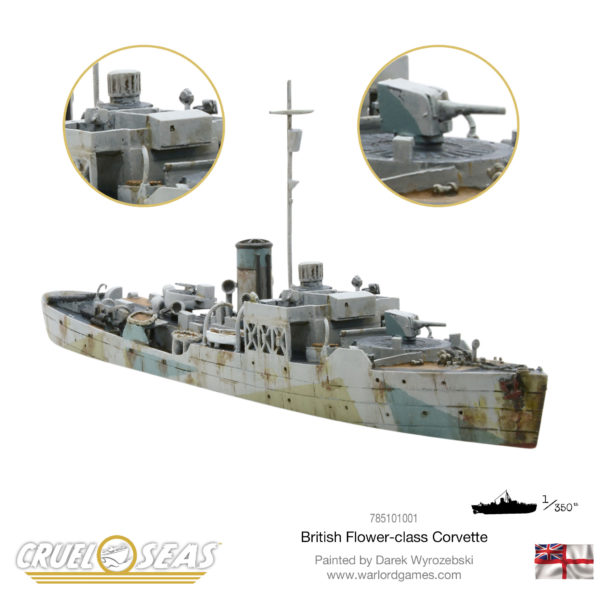 The Flower-class corvette (also known as the Gladiolus class after the lead ship) was a British class ship used to escort Allied convoys and act as an anti-submarine vessel during the Battle of the Atlantic. 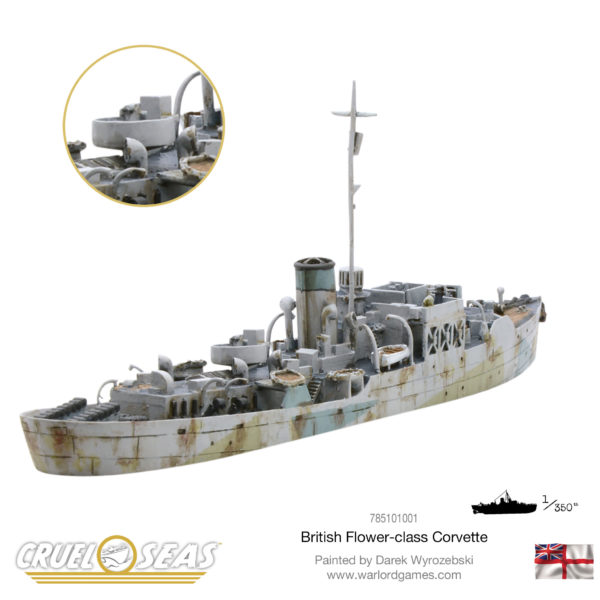 The original Flower-class Corvettes were armed with a 4-inch gun on the bow, depth charge racks carrying 40 charges on the stern, a minesweeping winch, and a 2-pounder pom-pom gun on a “bandstand” over the engine room. Over time this changed due to shortages and adapting to new and different threats such as exchanging the pom-pom gun for a pair of Lewis guns and bolstering anti-air capabilities for ships which were stationed in the Mediterranean sea. 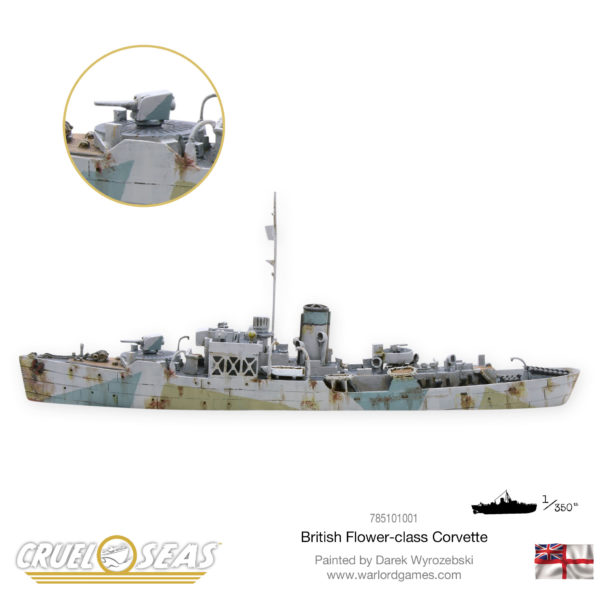