The worst winter in recorded history has choked Scandinavia under heaps of ice and snow. As spring became summer, winter’s grasp on the Finnish forests slackened slightly, allowing Finnish, Soviet and German forces to resume hostilities.

Desperate to maintain their tenuous hold on the Finnish countryside, the Soviets began a comprehensive resupply operation – constantly stalked by ski-clad devils that spit death from SMGs.

The all-in bundle gives you two complete armies; the Soviet Spearhead and Finnish Ambush Party. This will allow you to fight out the Frostbite Alley scenario in full. These also function as ideal foundations on which to expand either a Soviet or Finnish force. 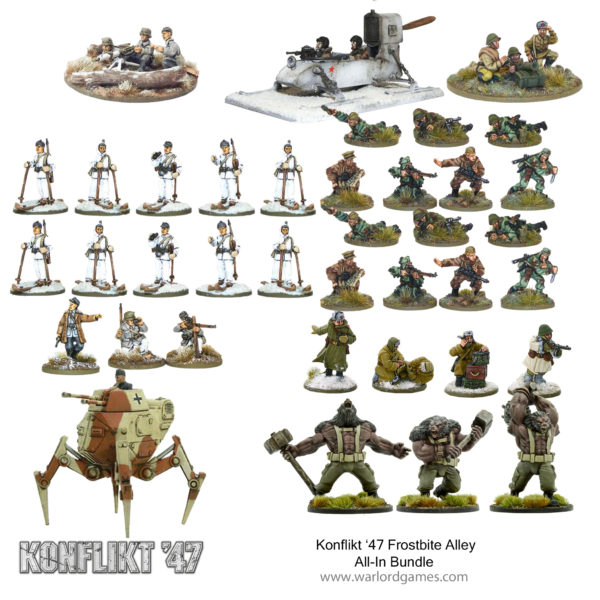 If your dedication is purely for the motherland, then the Soviet Spearhead is for you. A single Aerosan tows a sledge heavily laden with supplies, guarded by a trio of Rift-Tech abominations. Lightly armed scouts fan out ahead of the transport, while an Ampolumet team lug their makeshift anti-tank weapon between them. 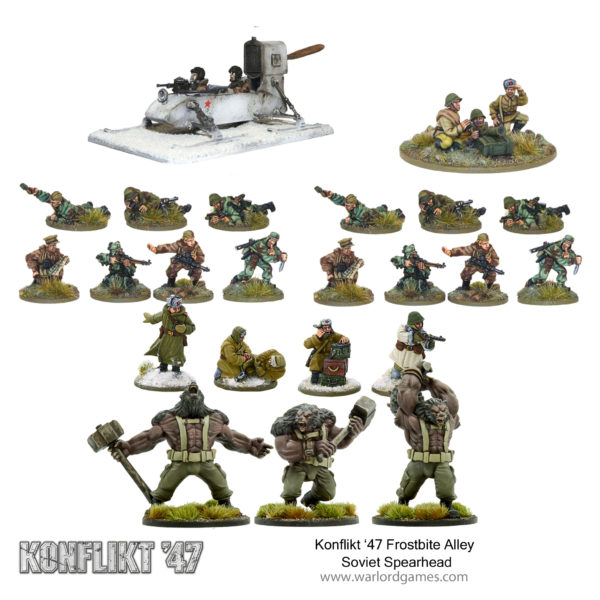 Two small groups of ski-mounted infantry with rifles and machine guns provide most of the firepower, ably assisted by a sledge-mounted MG-42 and the automatic cannon on a Spinne light mech. 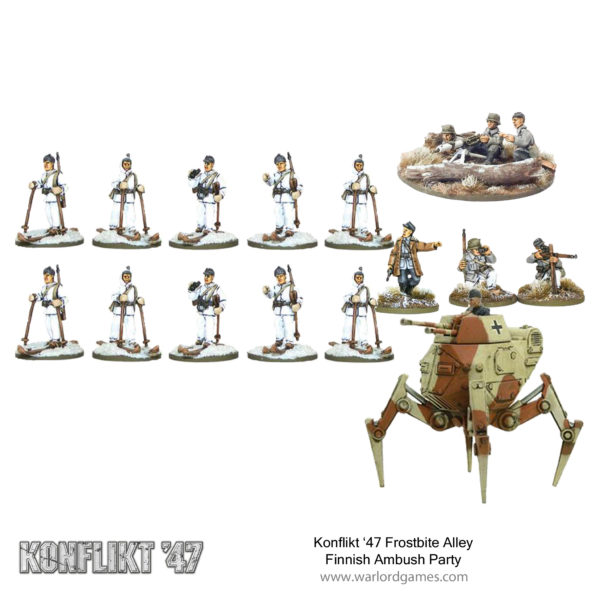 The Frostbite Alley bundles are fantastic places to start with the weird and wonderful war of Konflikt ‘47, though there is so much more to discover.

Soviet players have a huge variety of walkers, special infantry and artillery guns to choose from. Not to mention all the conventional tanks and infantry in their Bolt Action range.

Finnish players benefit from a close alliance with Germany and can take many of their madcap Rift-Tech inventions. You’ll want to arm yourself with the Resurgence supplement to fully get to grip with the Finnish army list. 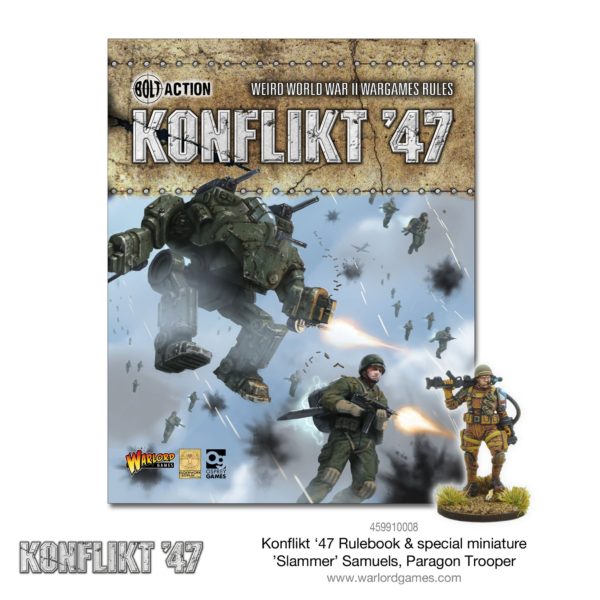 Dan can often be found contemplating the mound of unpainted minis building up under his desk. He has a tendency to roll lots of ones. He also has a tendency to complain about rolling lots of ones.
View Profile | View all posts by Dan Hewitson
Cruel Seas: ML 303 Motor Launch
Konflikt 47: Ursus Infantry with clubs