It’s been four months since Salute and we were wondering what our customers had made of the promotional free Caesarian Roman sprue we distributed to customers on the day. We found this novel example of what had been done on our forum by Carvel2. We asked him to briefly outline his painting and modelling choices.

‘Having been tempted back to historical figure painting by Warlord’s iconic imperial veteran legionaries and having built an army around them I was struggling to find a proper place for my Salute surprise sprue! However, where there is a will there’s a way. 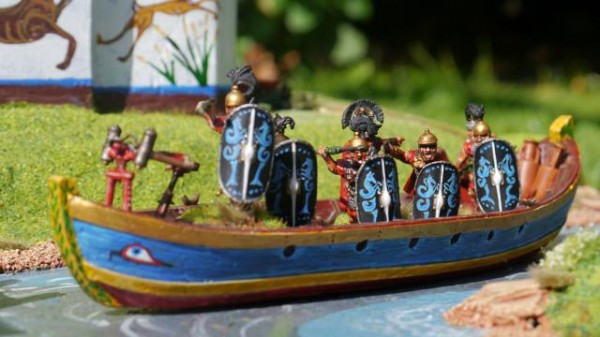 A great fan of the television drama ‘Rome’ I was keen to have Warlord’s forthcoming (at the time) Pullo and Vorenus in my army whether they fitted or not, so the Caesarian sprue prompted their purchase as commanders. Now I had a small unit that could sit within my Imperial army as marines using ‘hand me down’ equipment. 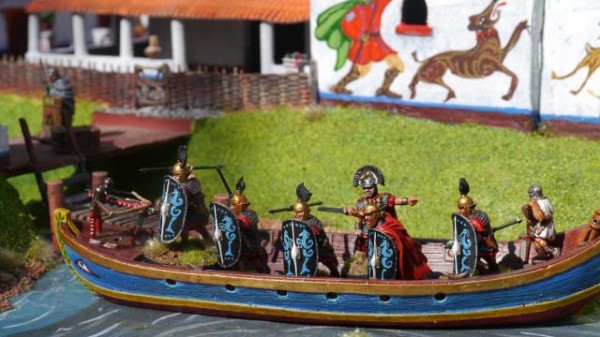 I was happy with the figures exactly as they came and focused my painting attention on the shields. With such a small unit it was a gamble to avoid transfers and try freehand painting having seen so many great results on the Warlord Games forums. Inspiration came from a re-enactors shield, in a striking black and blue colour scheme, and a sea horse mosaic from Fishbourne Roman Villa. Some time, and several repaints later, job done! 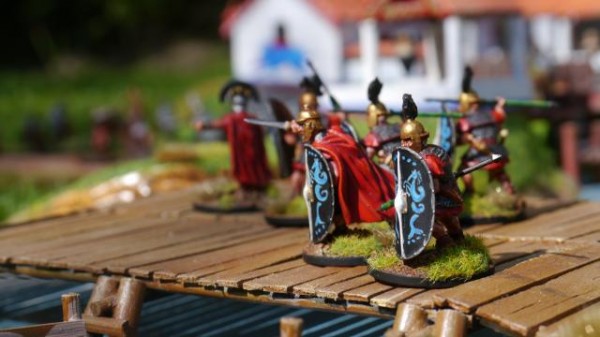 The marines are now ready to serve in my Roman river patrol boat (from Grand Manner) and secure the bridge over the Ribble to the local villa.’ 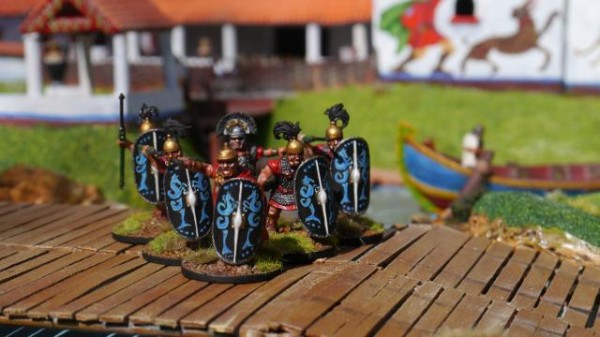 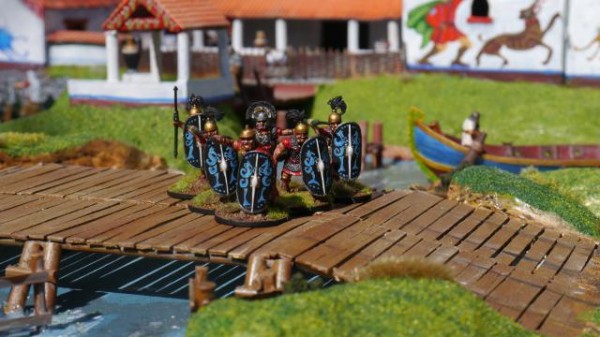