Andy Singleton has been scrubbing up the new M8 in a different from usual scheme, and shows us how to camouflage it to boot: 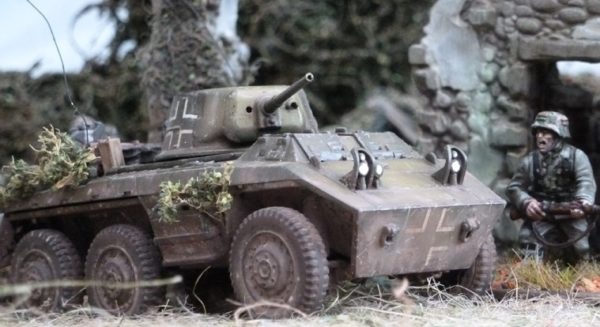 Warlord’s new M8 is a fantastic kit, so naturally I wanted to add one to my collection. The first thing I do when starting a new vehicle is do a quick google image search, and during the course of this I discovered lots of images of M8s being used by the Germans. 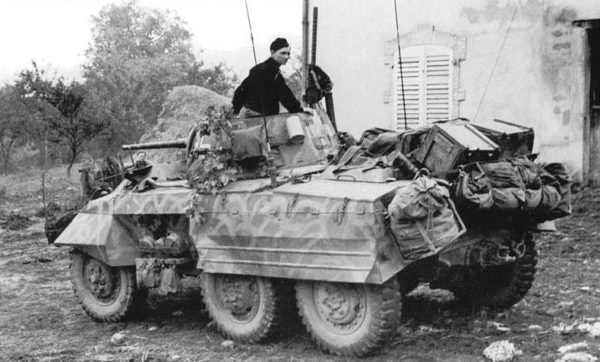 Having just painted an Ersatz M10, whilst also working on a sneaky StuG, the M8 had to be captured too! Luckily the Germans didn’t change the vehicles much when they took them over, apart from painting large crosses onto them. I’ve built this model using some more intermediate level techniques, with the main aim of keeping it relatively quick and simple, yet still having a unique looking model at the end. 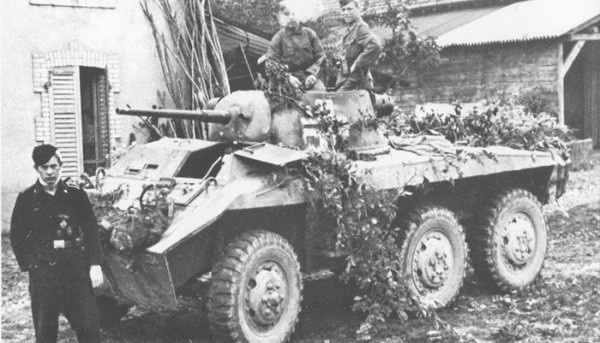 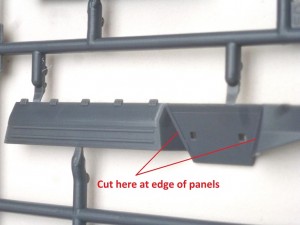 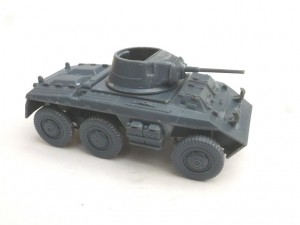 The kit was built straight from the box, adding all the parts, I left off the machine gun ring, and also trimmed the aerials as I’ll be replacing those with wire later. As the M8 had removable wheel covers, (and it looks great without them) I decided to trim them off of my model. Due to the way the kit is constructed this proved a matter of moments, and simply needed cutting along the panel line shown above. You’ll still need the central wedge shaped part, so be careful not to throw that away! 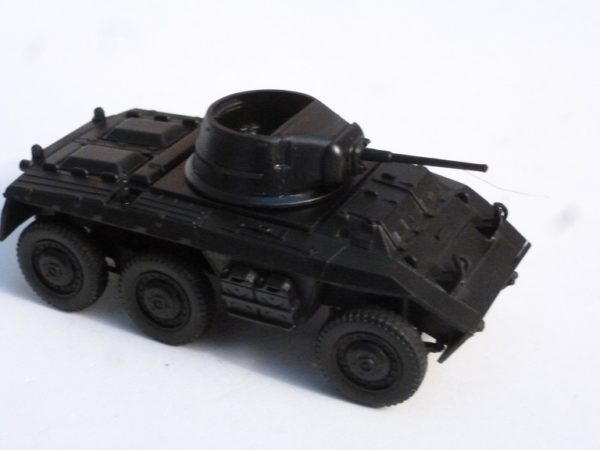 My M8 was sprayed with black primer. It’s important to cover the entire model thoroughly, and it’s worth giving a bit of time (say 10-15 minutes) between each layer to dry to prevent the paint building up and clogging any detail. 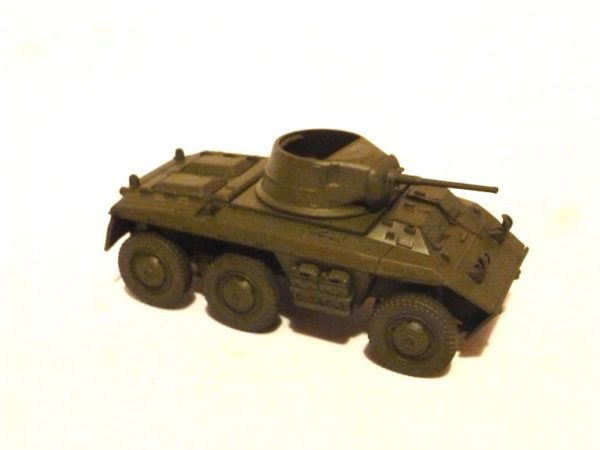 The Greyhound was then sprayed with a dark green, I’ve used an airbrush here, but you could get the same effect from a spray can. Hold the can at about a 45 degree angle from the model, and mist the paint on allowing some of the black to show through in the deepest recesses. 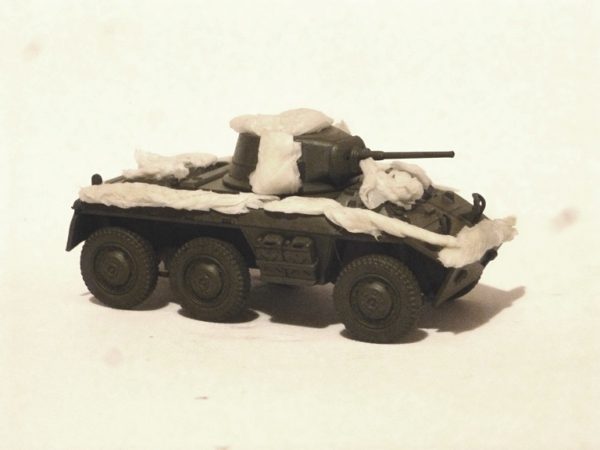 Steps 4 and 5 are largely optional, and if I wasn’t doing a German vehicle they wouldn’t be required at all. As I mentioned above I’m using an airbrush to paint my grey hound, however if you don’t have access to one you can still mask parts of the model off and use a spray can. I’ve used dampened tissue paper rolled up into sausage shapes and layered over the armoured car in the areas I want to remain green. 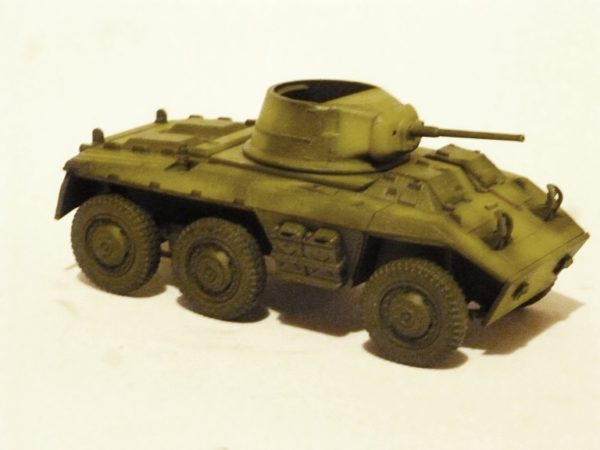 I sprayed some Vallejo Middle Stone over the upper areas of the armoured car, and also anywhere the M8 would have had insignia and markings when it was in Allied service. 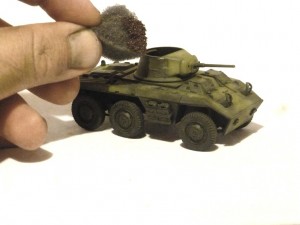 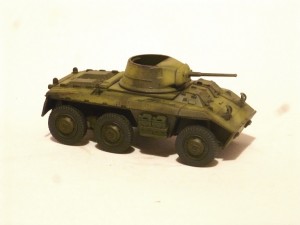 To start the weathering I used some Vallejo Hull Red and a bit of packing foam from a blister pack, and used the foam to stipple some paint onto areas of wear and tear on the Greyhound. 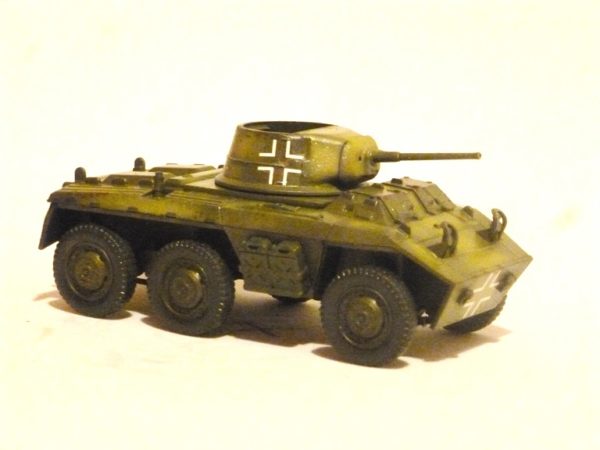 At this stage I added some large white crosses from a Warlord transfer sheet, and also covered the model thoroughly with some gloss varnish. Over the next few stages I’ll be using some oil washes, and the varnish is important to stop the white spirit damaging the acrylic paint. The gloss also provides a harder wearing surface for handing the model too, and it’ll be dulled down at the end of the build. 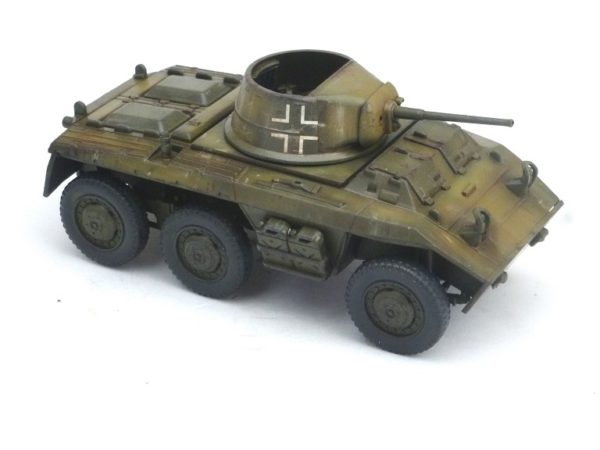 Here I’ve used some artists oils, I use Rowney Burnt Umber and thin this heavily with white spirit. This I paint into all the recesses and then leave to dry. I also add some spots of Paynes Grey and Naples Yellow, and use a large flat brush to blend all 3 of the oil layers into the vehicle. 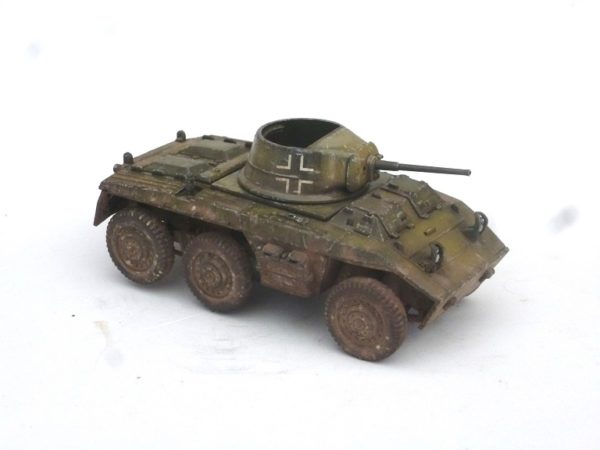 I’ve added pigment weathering to add dirt and mud to the lower areas of the M8. I’ve also added some highlights to the edges of the chipping effects added in step 6 using a very fine brush. 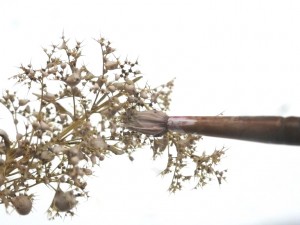 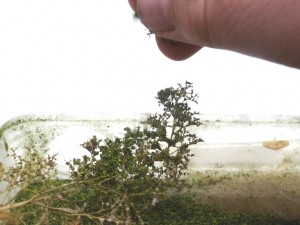 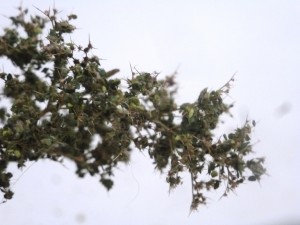 I’m often asked how I add foliage to my vehicles, and the process is really quite simple. You’ll need some seafoam sprigs, eBay should yield these, and also some fine scale leaves, what you use for them is largely down to personal taste, I use some designed from Antennocities workshop, but you could use any type of clump foliage or even tea! 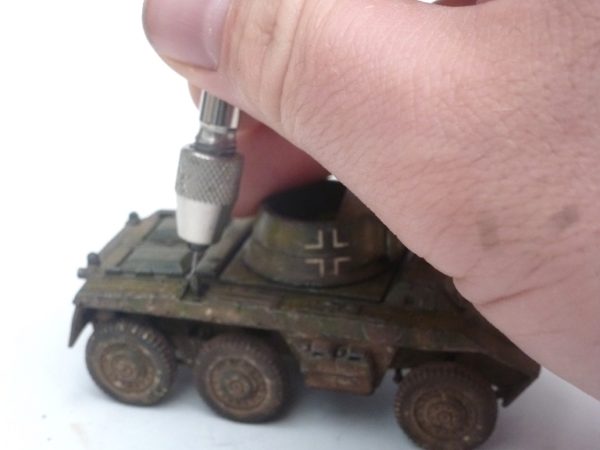 Drill out the top of aerial mounts, I use a fine pin vice for this. To make the antennae simple cut some 5 amp fuse wire to length, I tend to go around 6cm, as this looks the best to my eye, then super glue it into place. These turn out to be surprisingly tough, and far less prone to snapping than the plastic ones. They also add a much more refined look to your model too. Win! 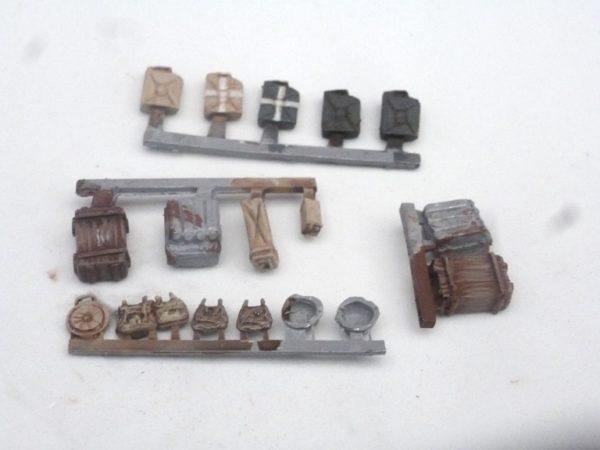 I wanted to add some stowage to the Greyhound too, so painted up a few items from Warlords German Stowage set, painting these up separately from the armoured car. German Jerry cans came in a few different colours, so I added some variety painting them both grey and sand. The white crosses on a few of the cans are to signify the can is used for drinking water instead of fuel. 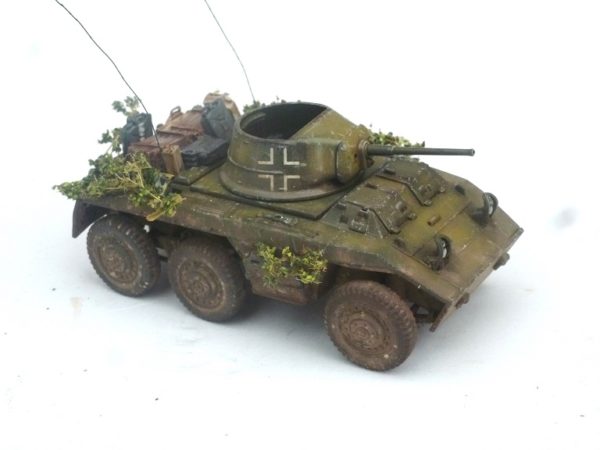 This stage sees everything brought together, with stowage and foliage added. It’s important to keep stowage away from things like exhausts, hatches and weapon mounts, as the crew won’t cover these important areas of use with extra gear. 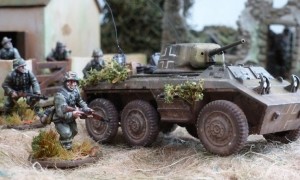 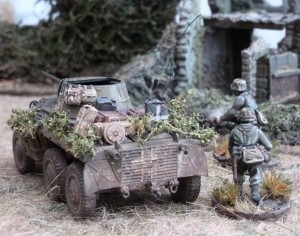 Hope this is of help, and if I can add anymore advice please drop me a message at Volley Fire Painting Service! 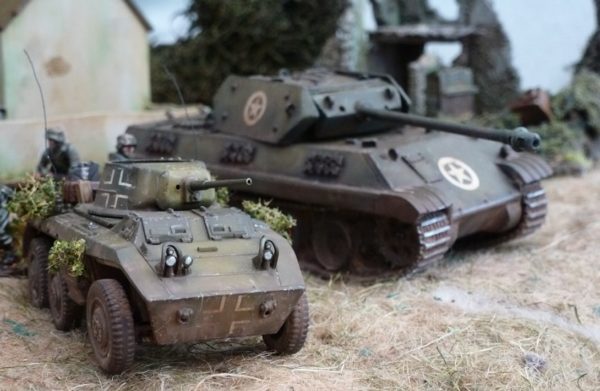 Check out the M8 Squadron and Ertsatz M10 Panther in store today! 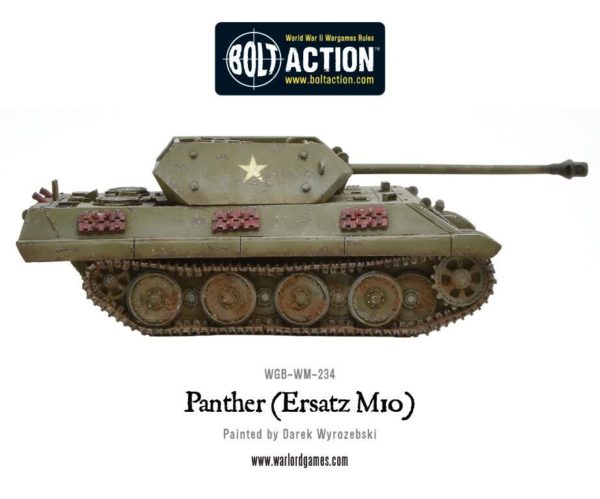