Cambridge Too Far After Action Report

On 10th March Cambridge, UK saw the third ‘A “Cam”Bridge Too Far’ event, run by the 2D6 Lodge gaming club, who are local to the city. With 78 players from the UK, Germany and the United States, it was an impressive spectacle to see, with each player competing over three games in one day, with 1000 point army lists to be the champion of the world’s largest Bolt Action tournament! 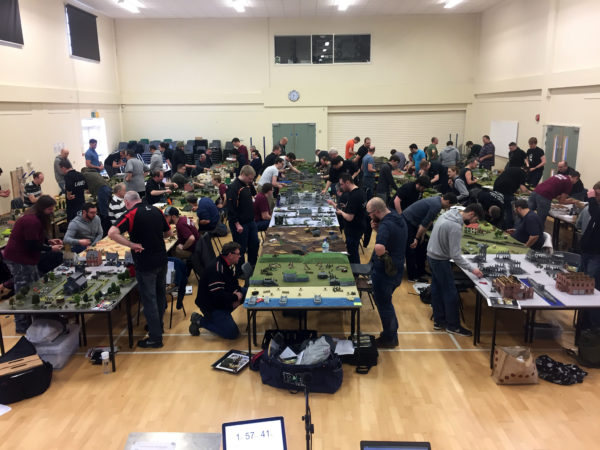 The 2D6 Lodge club themselves meet up every Friday night in a slightly smaller room at the Netherhall Sports Centre and have a large following of Bolt Action players. They even cater for fans of Warlord Games products in Cambridge by being a stockist for their products! For more details about their club or how to order products, again have a look their Facebook page or website.

But it isn’t only about being the overall winner, the “Cam”Bridge Too Far event also gives the opportunity for players to win other awards in other ways.

The award for the Best Themed Army went to Mike Wilkins. He won the award with his ‘Allo ‘Allo theme French army, which was based on the TV show for the 80s. Mike included everyone’s favourite main characters in his army, from René himself to the British Airmen, the English Policeman and Michelle of the Resistance, even going as far to include and the Fallen Madonna as an objective marker. The cafe even played the theme tune to the show! 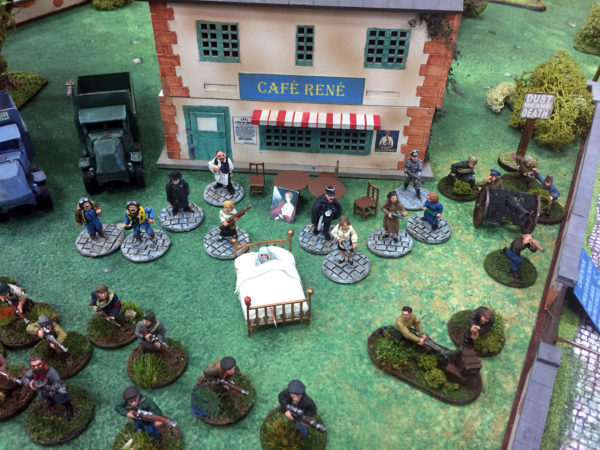 Tom Harland was awarded the Best Painted Army with his German recce platoon. Both the army and display board (although the display board isn’t judged as part of the award) were gorgeous with a lot of effort put in that really came out in the end and led to a unanimous decision in Tom’s favour, despite the very strong competition for this award! 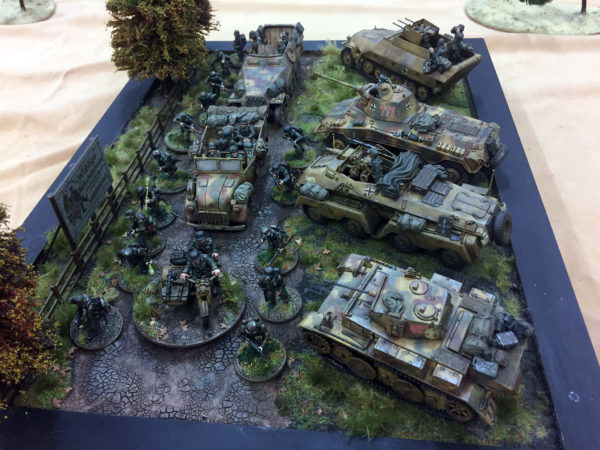 The Leicester Juggernauts won the Best Team award. This is awarded to the club with the two highest finishing players, calculated by having their scores added together. The Juggernauts now have a new gaming mat for their club because of winning this award! 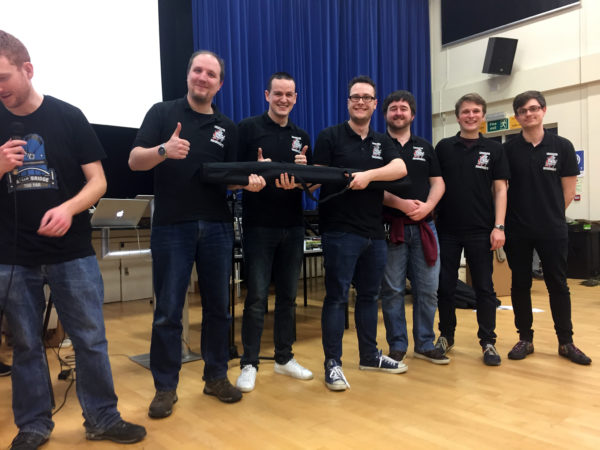 To run the event, the organisers needed 40 6’x4’ tables for the players to fight over! Every year so far, the tournament organisers have been very well supported by the players themselves helping by bringing along some of their own tables of scenery, which is always appreciated by the organisers, and this is reflected in an award for the Best Table, chosen from those brought along. Daron Fowle managed to bring this mightily impressive bombed out railway yard and won this award this year. Daron made this, as well as several other fantastic boards for his own event ‘The Seagull Has Landed,’ which is next taking place in September in Lowestoft, Suffolk. 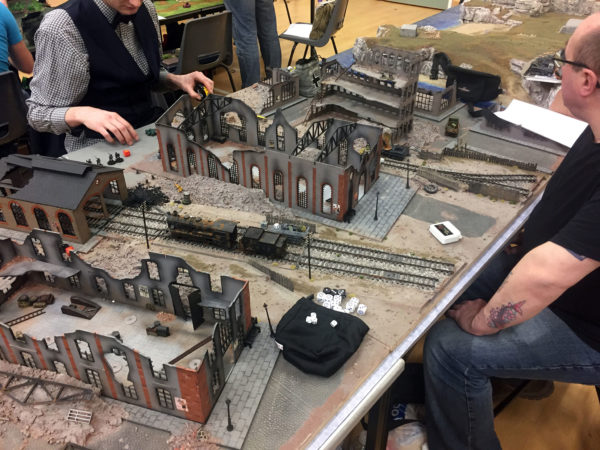 Finally, this year also saw a ‘cheese’ award awarded to Alex Hall who somehow managed to fit 7 (yes, 7…) flamethrowers in his army! Don’t worry though, his ‘trophy’ was just a block of cheap cheddar and he only came 39th overall. This grilled cheese result means that there won’t be a flamethrower limit put in place next year, as they’re clearly not overpowering, just incredibly scary! 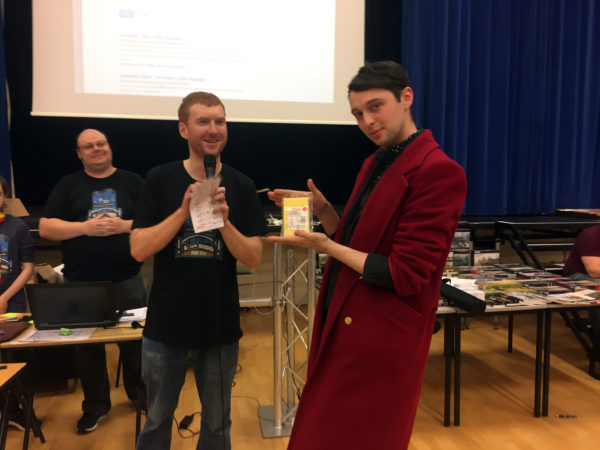 The team at 2D6 Lodge would like to thank Warlord Games and their other sponsors for being able to provide all 78 players with a prize to take home with them, not just the top placing players! The top results are listed below, and the full results from the tournament have been posted on the event’s Facebook page! 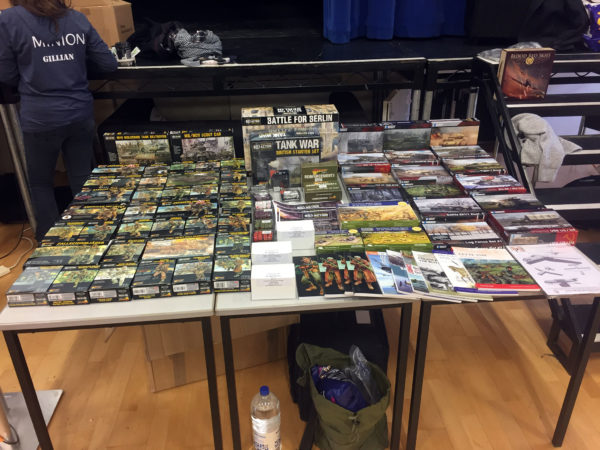 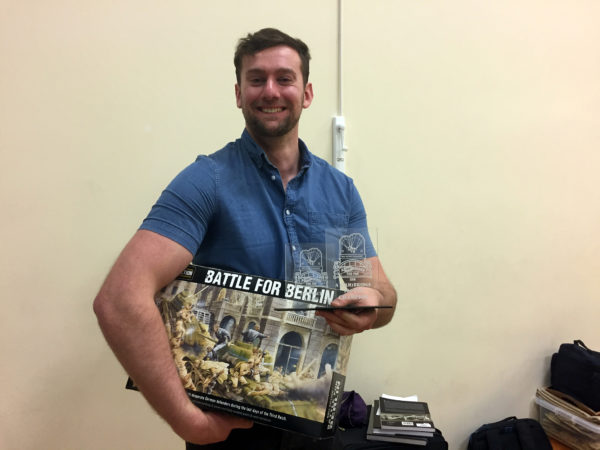 Inspired? Get ready for next year!