The arms race develops further and further each day. The British finally bring their next piece to the battlefield with their new Tesla AT gun. 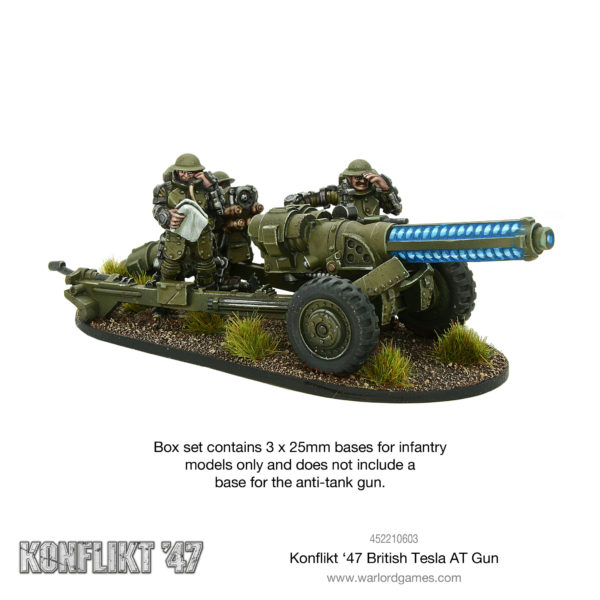 With the development of towed Tesla weapons within US Armoured Infantry units, the British government demanded immediate access to the design programme. 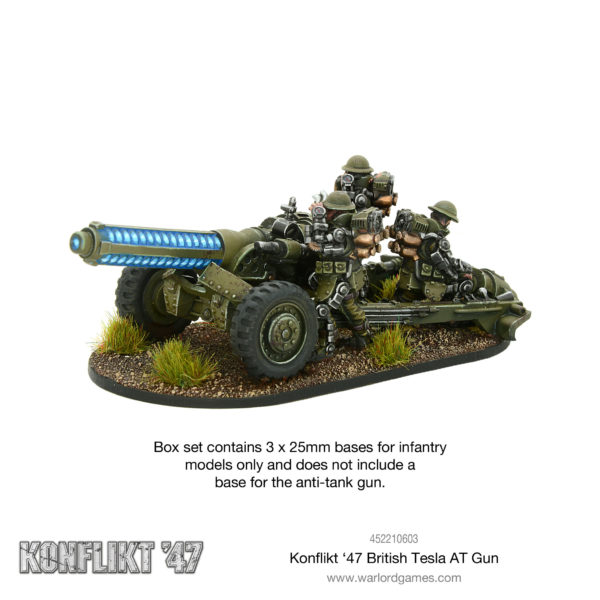 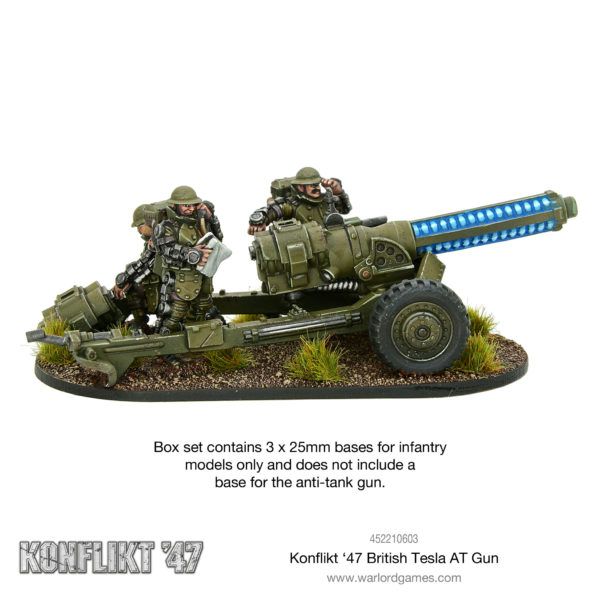 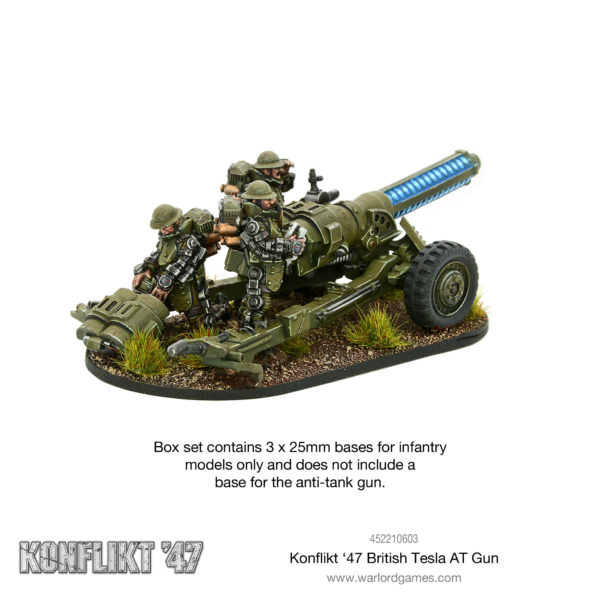 Conscious of the lack of heavy anti-tank firepower in the small, elite Galahad battalions, the Tesla AT gun was a natural solution.

Crewed by Galahad armoured crewmen, the gun could be pushed forward with the infantry where it could deliver both anti-tank and anti-personnel firepower. Production speeds are slow but Galahad formations are beginning to receive these highly effective and versatile weapon systems. 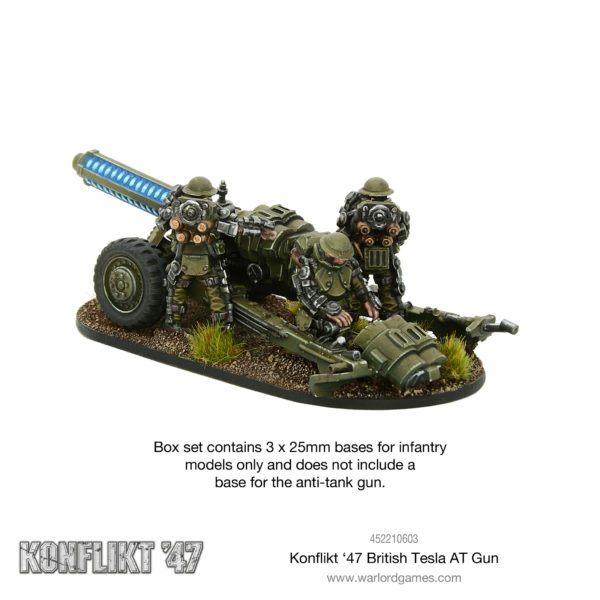 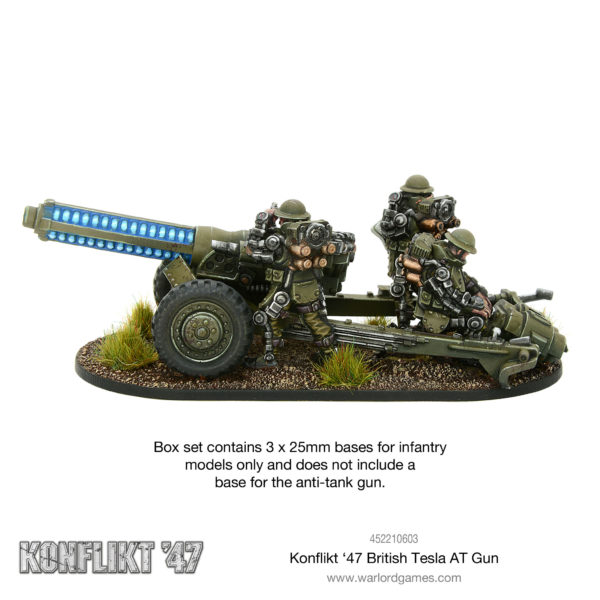 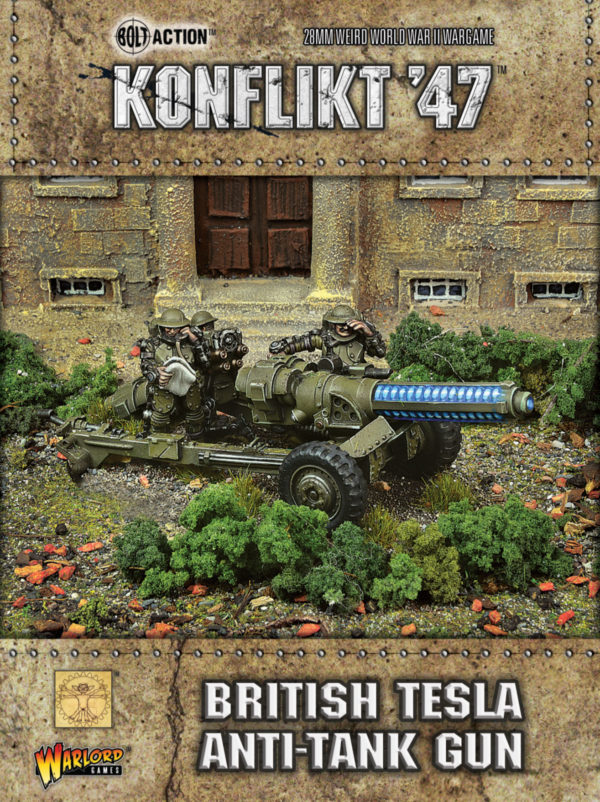 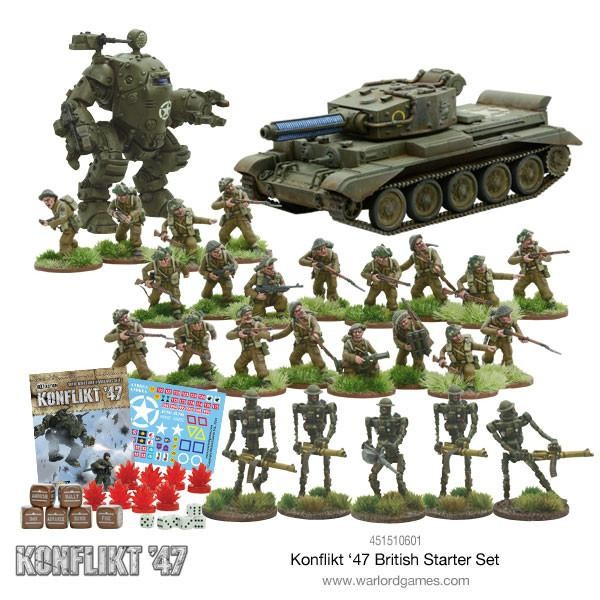 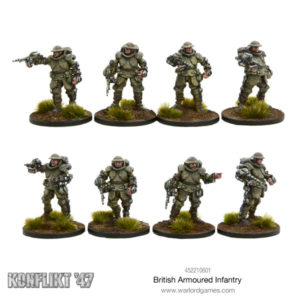 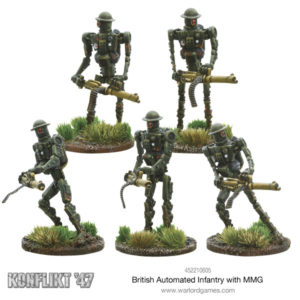 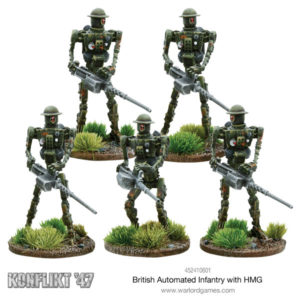 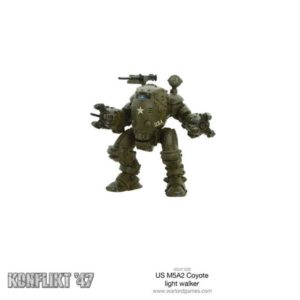 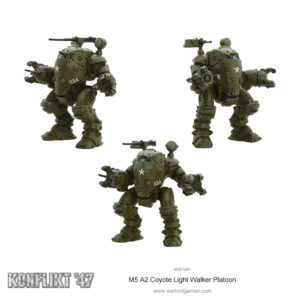 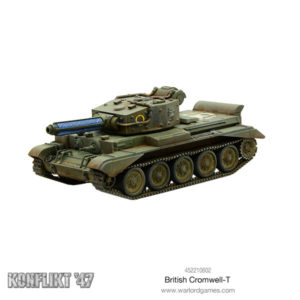