Try this awesome scenario that Martin MacKay sent in to us! Even the hardiest of soldiers don’t dare to cross Hell’s Highway: Son Bridge! 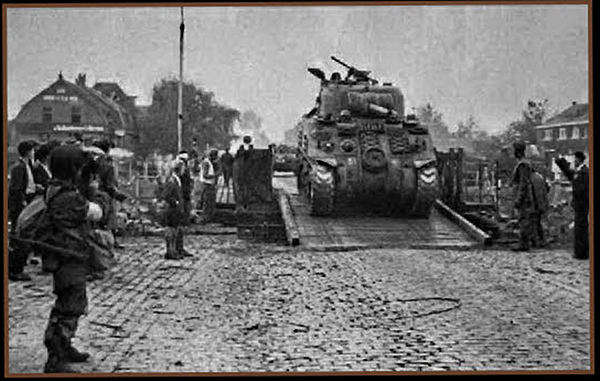 September 17, 1944: Operation Market Garden, 101st Airborne – The 506th PIR had to capture the bridge over the Wilhelmina canal at Son and move further south to Eindhoven and secure four bridges over the Dommel River. They assembled quickly, marched towards Son but were met by a German 88mm gun in the center of Son which stopped the advance. The 1st Battalion tried to bypass the town on the west and flanked the German position, but they were stopped by two 88 mm guns positioned at the canal, which inflicted many casualties in the ranks of the paratroopers. The paratroopers of the 506th moved up the main road quickly, took out the 88 mm guns and forced their way towards the bridge. The enemy had halted the troops of the 506th long enough to wire the bridge with explosives and once the first paratroopers neared the bridge, they blew it up sky high.

This scenario is played between an attacking US Airborne force and a defending German Force. US and German platoons should be taken from the selectors provided. The German Player receives three 88mm Flak 36 Dual Purpose AA/AT guns at the start of the game for free. Try to keep the agreed upon points to close to 1000 or less. 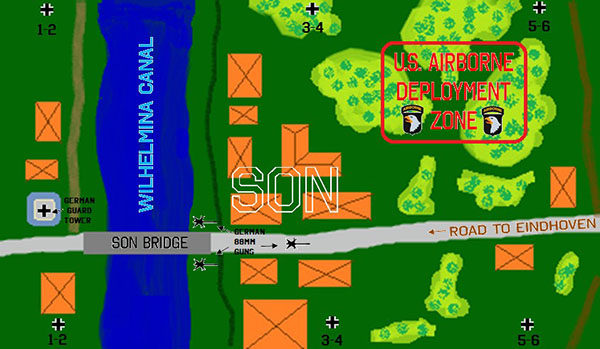 The US attacker rolls a D3 to determine the number of entering units per turn, then must deploy those units within the US Airborne Deployment Area subject to the Combat Jump rules.

The initial German infantry squad inside Son is a regular Heer Grenadier squad, but have a morale value of 10, but functions as a regular group in every other way. This squad also has the Fanatic rule and due to their Fallschirmjäger background, also do not suffer the -1 fire on the move penalty.

Due to the swift movement of the Paratroopers, the German Infantry can not fire on the first turn. All other units fire normally.

The German defender starts with three 88mm Flak 36 Dual Purpose AA/AT guns that are set in predetermined locations in Son. If models are not available, use large tokens to represent the guns, and small markers to represent the crews. 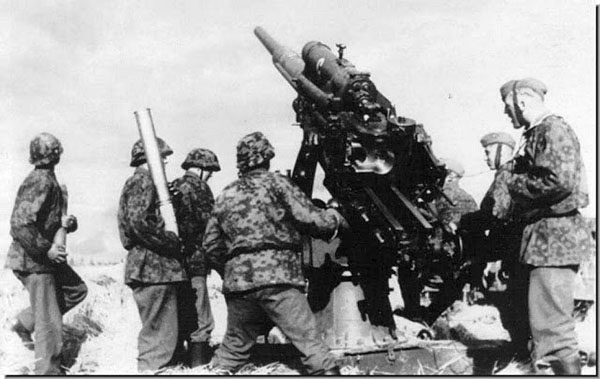 The US Airborne must eliminate the 88mm guns, and have units on both sides of the Son Bridge and be holding it on or before the last turn before the Germans can destroy it.

To represent 101st Airborne units that were part of the mission, you can pick one or more platoons from the Airborne Platoon selector below. All units in this platoon have the ability to deploy using the Combat Jump rule. However, the entire platoon (or platoons), must deploy through combat jump. Also all units must be chosen at Veteran level, or at Regular if a Veteran option is not available.

Inexperienced units cannot be included in this platoon. 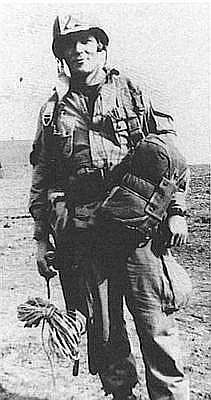 Team: 1 Officer and up to 2 other men

Options: Winters may be accompanied by up to two men at a cost of +13 points per man

Units that choose to, or have to deploy through Combat Jump are left in Reserve (even in scenarios that do not allow this). When they become available, instead of entering the table from the player’s table edge, they use the combat jump procedure below.

1. The landing and roll distance, the player controlling the unit performing the combat drop places a die to indicate where the unit is attempting to land. The player then rolls a scatter die and a D6. If the scatter die determines that the die must be moved (an arrow result), the die is moved the number of inches determined by the D6. If a perfect landing is made, re-roll the scatter dice until an arrow result appears. This will determine the direction the ‘stick’ will land.

2. When the final position of the marker has been established, place the first model of the unit in base contact with the die. Then place all other models in the unit in a ‘stick’ of models 1” apart and in a straight line behind the initial model. Any models landing in impassable terrain or off the playing area, are removed as casualties.

3. Once all the models have been placed, the unit immediately suffers one pin marker. The unit’s Order die is turned to rally and the unit’s turn is over (without actually executing a Rally order – this simply represents the airborne troops spending time regrouping). Enemy units in ambush can now fire against the unit as normal, if they wish to. In addition, all enemy units that are not in Ambush and have flak weapons can fire their weapons for free against the unit (just as if they were in Ambush) – this does not require an Order, but can be done only once per turn.

4. From the next turn the airborne unit can fight as normal.

Fight this scenario with the right units! 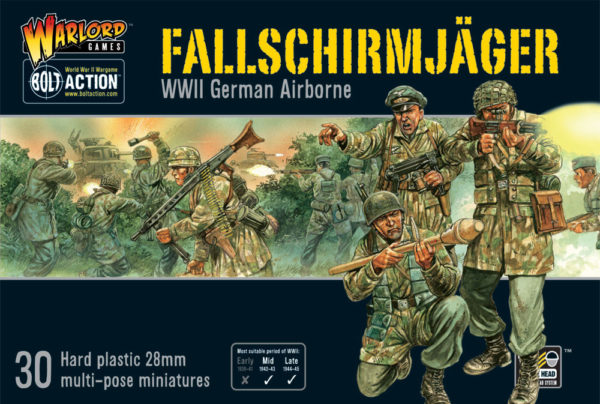 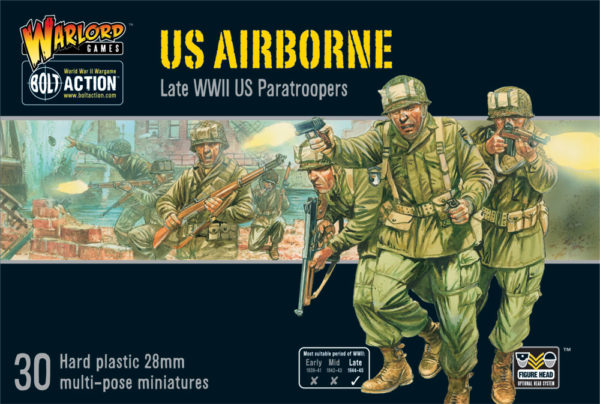