Warlord Games’ own weirdo (you have no idea…), Steve Yates, explains how you can incorporate some of our Weird World War II miniatures into games of Bolt Action… 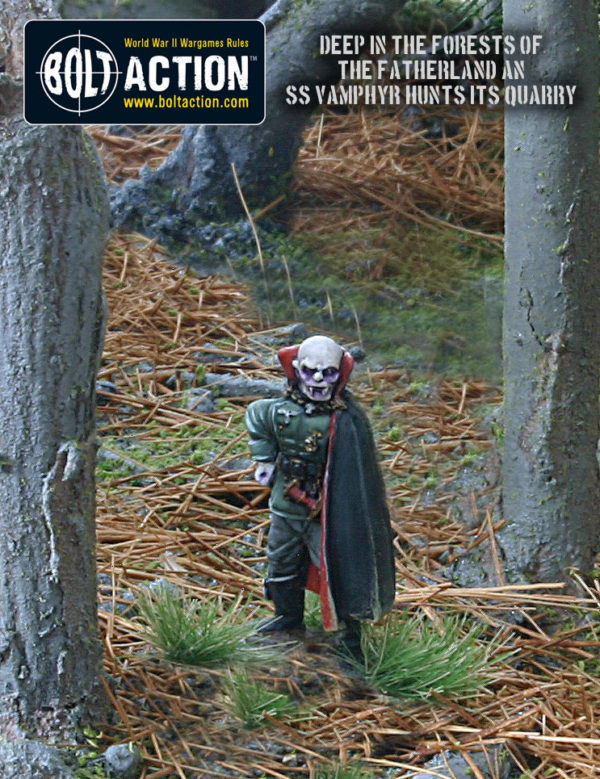 At Halloween the barrier between the world of the dead and living is at its thinnest. Even at this time it is rare for spirits to be able to crossover, but when many souls are crossing over one way
some can slip back too. Soldiers do their best to avoid action at this time, it is hard enough to fight against the enemy, even harder to fight against former friends. These are some simple rules for playing Bolt Action during these dark nights.

Sometimes they come back…

Select your armies and mission exactly as in the Bolt Action rulebook. In addition for 20 points a British Army may upgrade one of their HQ characters to Major Terntadust; for 30 points a German
Army may upgrade any of their characters (Lieutenant, Major or Captain) to Vamphyrs. Their rules remain the same as in the army lists for the level they’ve been purchased at but they gain the additional special rules below. The Wulfen-SS replace a Flamethrower team and cost 50 points for a regular unit, 80 points for experienced.

The game plays as usual until the first casualty is inflicted. Every time a model is removed immediately roll a d6. On a 4+ then the owner of the wounded unit places a zombie within 7” of the
squad. If it is the last model in a unit (including single model units) then instead place d3 Zombies. If it is possible the zombies must be placed in coherency with another unit of zombies to create a large unit. If a new unit of zombies is formed then place a different colour dice in the turn-bag.

The rules for zombies are pretty straightforward. They are treated as any other unit except they are immune to pinning.

Zombies move when their counter/dice is drawn from the turn-bag. The player who last took an action chooses which zombie unit gets the action. The only action they can take is they will run 2d6”. This will be in a random direction unless there is a non-zombie unit within 12” in which case they head towards them.

When a zombie unit is destroyed DO NOT remove a dice from the turn bag. Once each zombie unit has taken an action then they may receive a further action. The player who last took an action chooses which zombie unit gets the extra action.

Major Ternadust has long been the head of the secret British Army Division against paranormal activities. Prime Minister Winston Churchill ordered his ministers to create a secret division in the British army to combat the recent reports of supernatural creatures in the German lines. 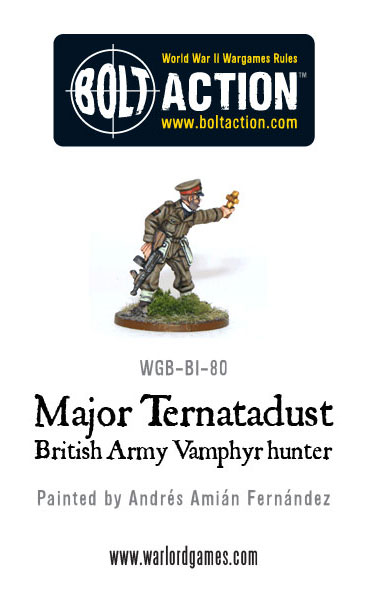 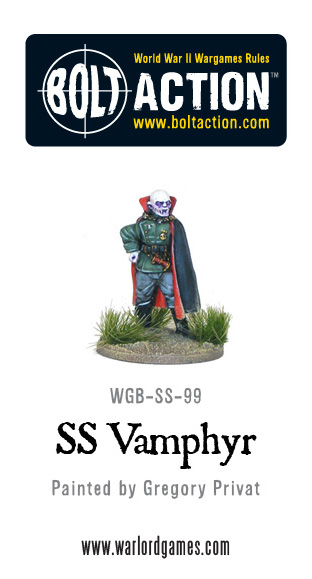 Hitler’s secret division has long been researching the powers of the occult and how to harness the powers of Darkness, to use against the allied forces. 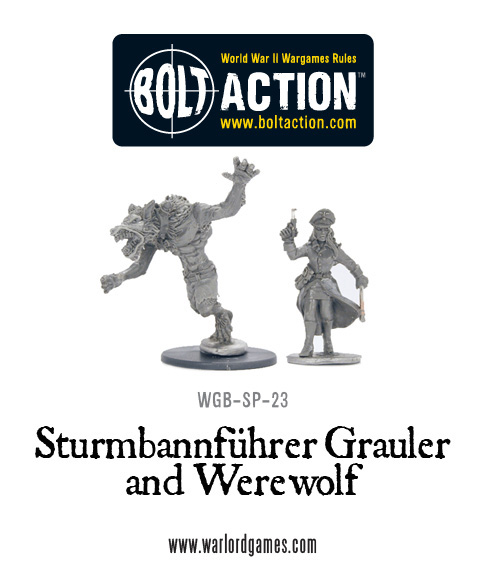 The great weakness of Hitler’s Occult Forces is the Vhampyr’s inability to go out in daylight. To overcome this weakness the mountains and forests of Germany were scoured and the shock troops of the Wulfen-SS were formed.

This unit consists of a werewolf stormtrooper from the Wulfen-SS, ready to rend the enemies of the Third Reich limb-from-limb, accompanied by a wulfen ‘minder’ to keep them in line. The minder is treated as standard infantry armed with a pistol. 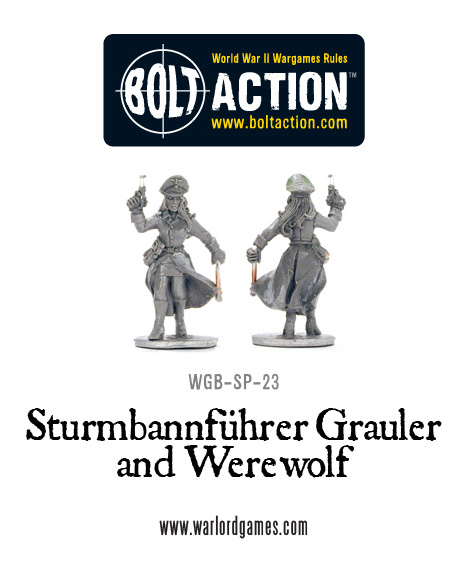 The Werewolf has the following special rule:

Making the fur fly – The werewolf has the Tough Fighters special rule.

Only Silver can stop it! – The werewolf ignores the first two casualty rolls assigned to it in each phase although exceptional damage will affect it as normal. 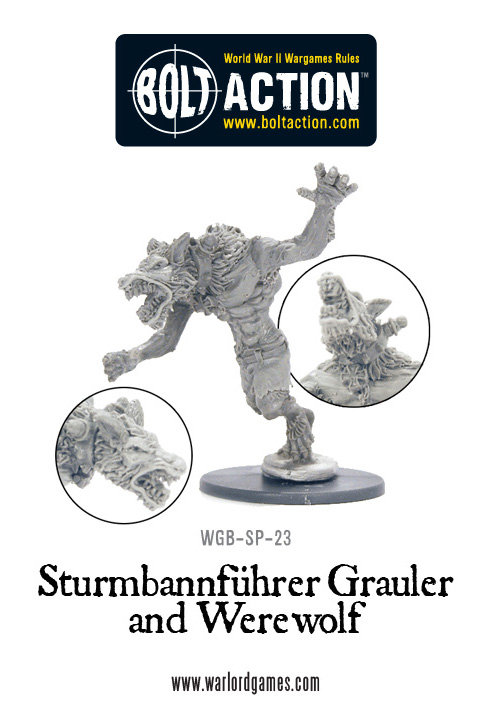