Scramble your squadrons. It’s soon to become a target-rich environment with the arrival of the Air Strike! compendium for Blood Red Skies.

Blood Red Skies: Air Strike! is a rules compendium that presents all of the rules from the original Blood Red Skies starter set and adds many new ones suitable for expanded air operations: ground and sea targets, bombing, strafing and torpedo attacks, defensive flak and terrain. Jet aircraft are introduced with the MiG Alley expansion and there is additional guidance for historic and competitive play.

The book includes seven entirely new scenarios for Blood Red Skies and re-presents the five existing ones to bring them in line with the new rules and player feedback. 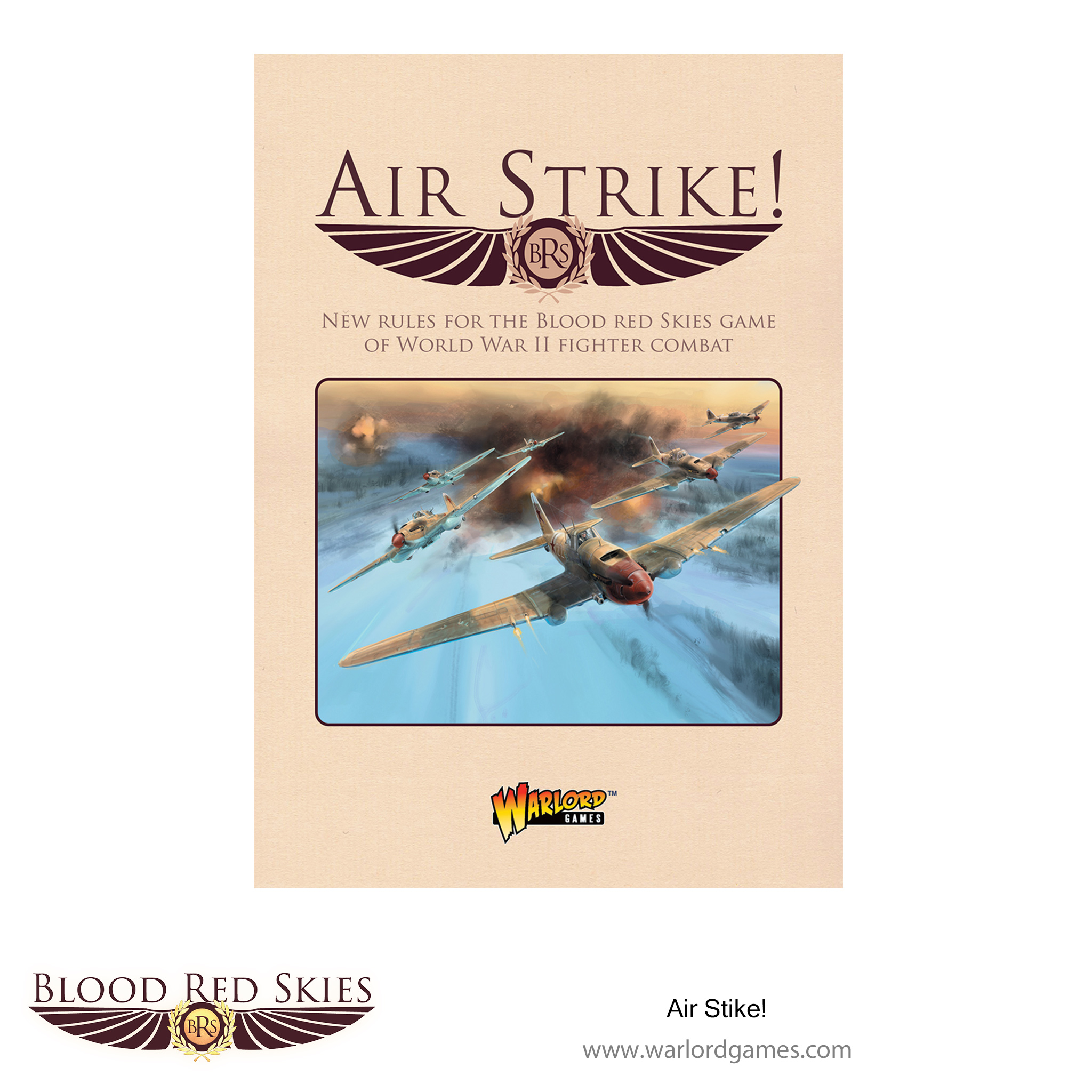 The ultimate starter bundle for Blood Red Skies. This gives you the starter box containing everything you need to play. Pit the venerable Supermarine Spitfire against the Messerschmitt BF109e in epic dogfights, with 6 of each aircraft included. Protect your squadrons with the foam set designed specifically to fit within the Blood Red Skies box. You’ll also receive Airstrike!, the comprehensive guide to massed tabletop air combat in World War Two. 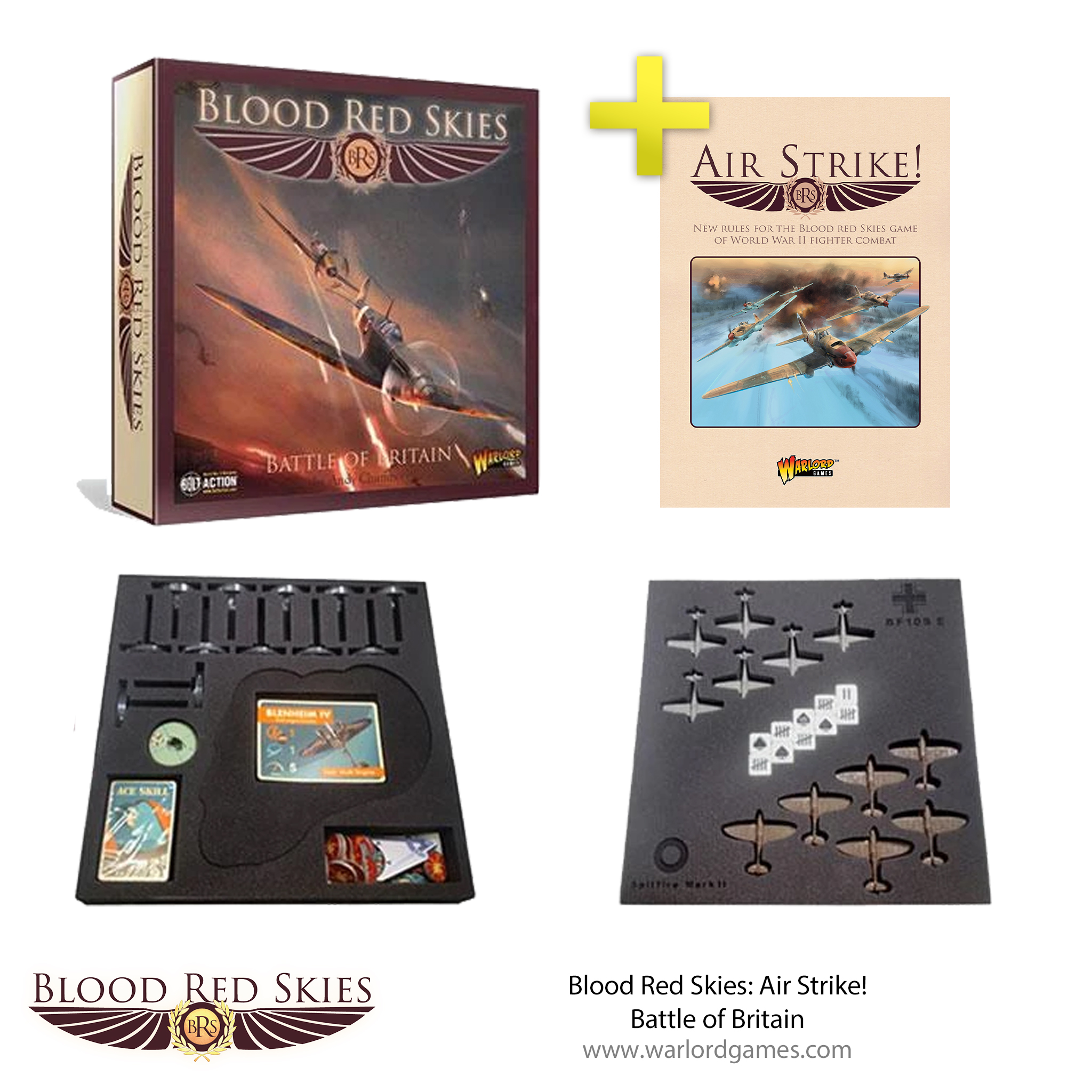 Our Airstrike bundles pit an Ace against a whole squadron. Can your ace defend the ground target from destruction?

Operation Dynamo is a go. The evacuation of Dunkirk is in full swing – but terror is in the air. The telltale shrieks of Stukas stalk ever closer. The threat draws ever nearer. Ace Hurricane Pilot Douglas Bader scrambles to prevent the destruction of a trawler laden with homeward-bound troops. 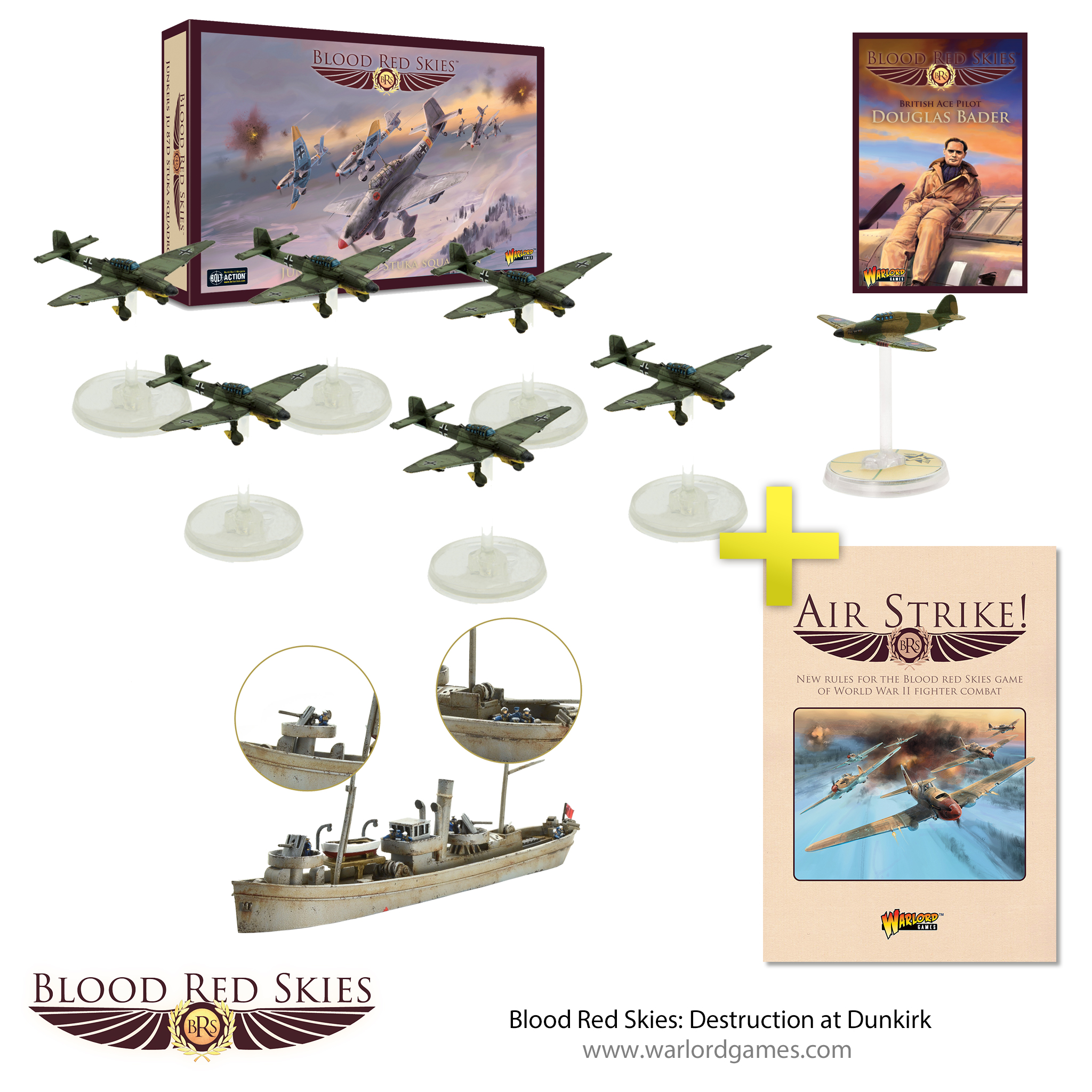 The top-scoring fighter ace of all time takes to the target-rich skies over Kursk. Sturmoviks are inbound, their target – a Luftwaffe airbase. The Stukas stationed there are vulnerable, with VVS pilots demonstrating greater skill and finesse than earlier in the war. Can Erich Hartmann single-handedly stave off the Soviet’s attack? Perhaps you can score another “Ace in a day” for the Luftwaffe ace? 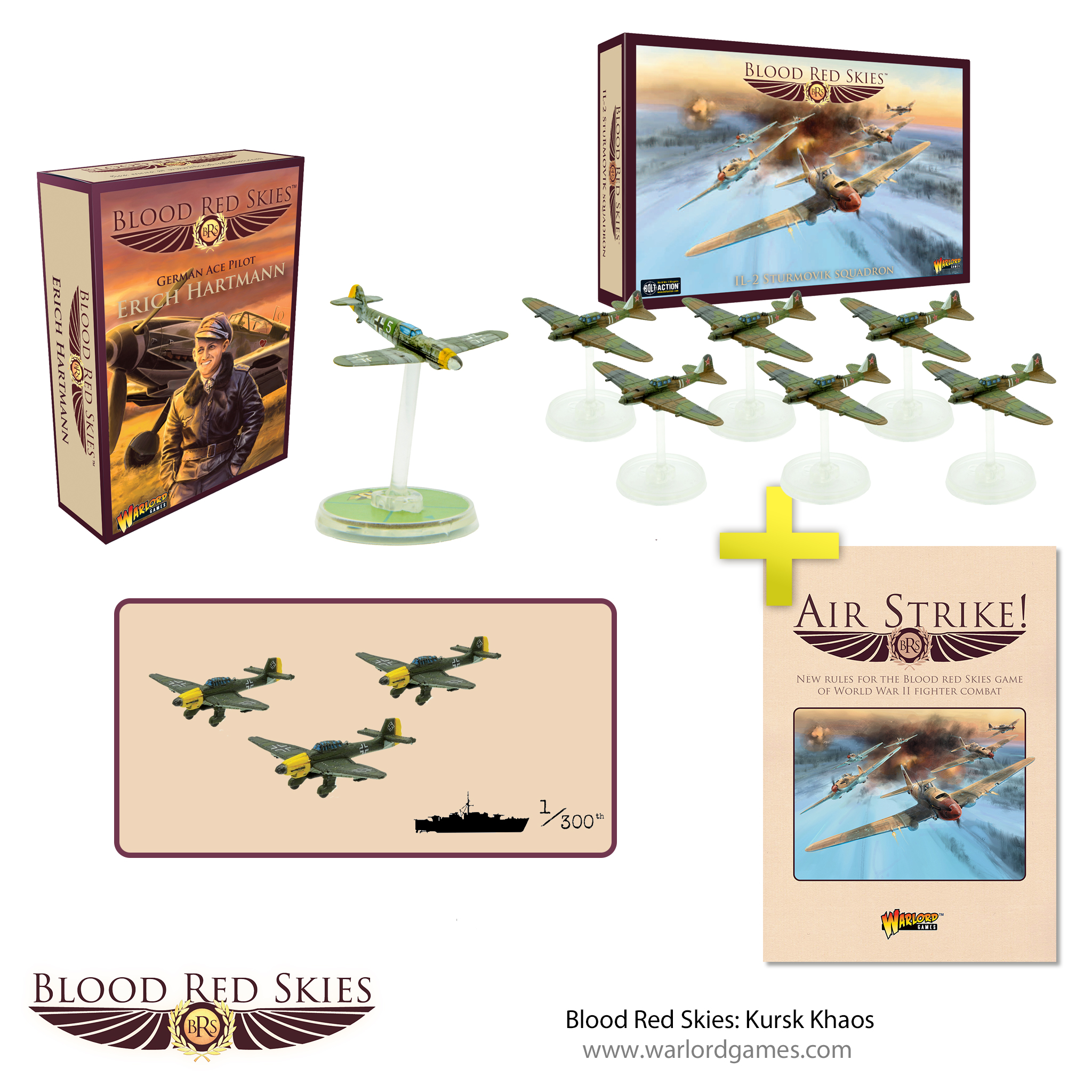 Joseph J Foss takes to the skies in his Wildcat. Swarms of B5n ‘Kates’ lurch from unseen enemy carriers, their pilots desperate to unleash their payloads upon the relatively defenceless LCI Landing Craft. How will the ace fare against these overwhelming odds? 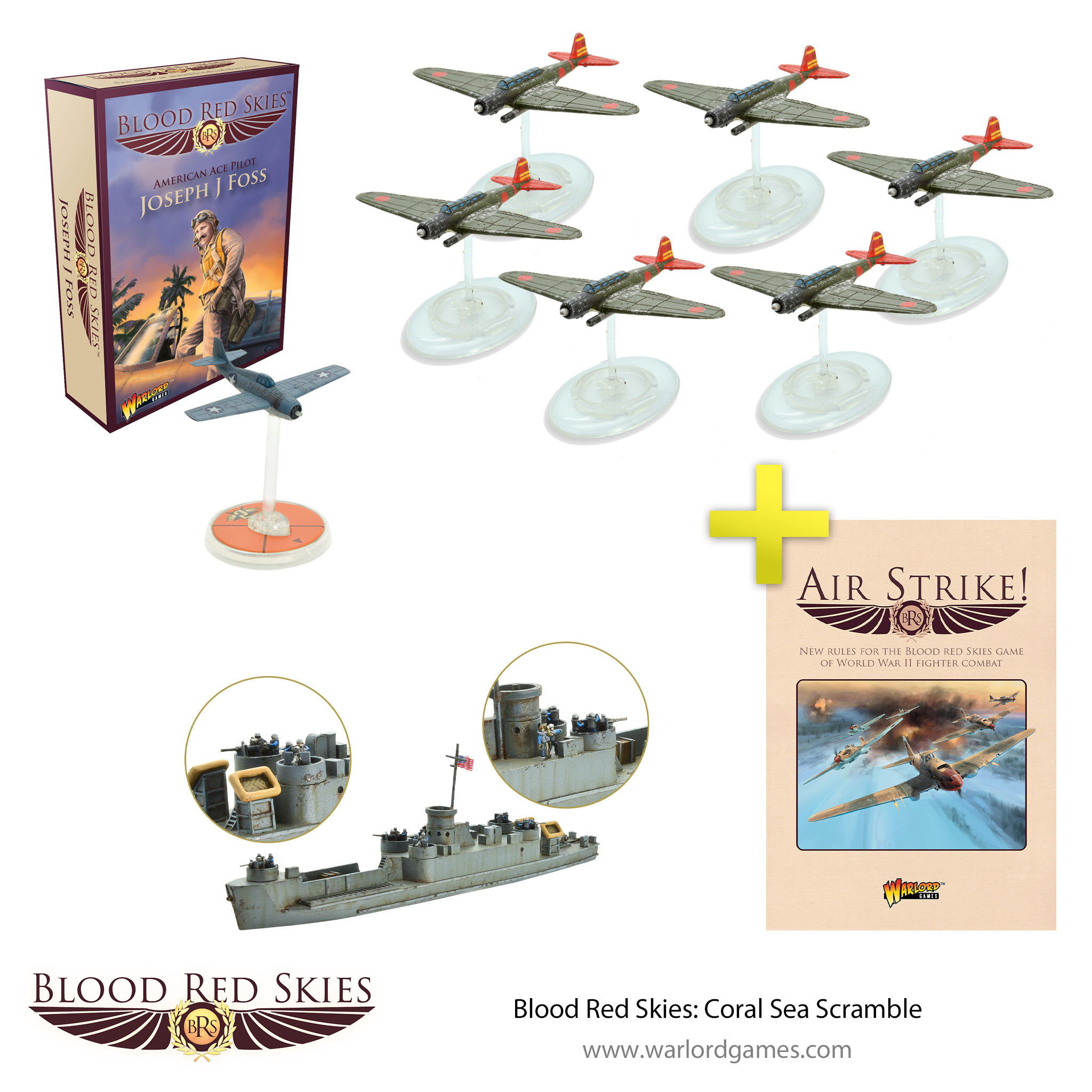 Dan can often be found contemplating the mound of unpainted minis building up under his desk. He has a tendency to roll lots of ones. He also has a tendency to complain about rolling lots of ones.
View Profile | View all posts by Dan Hewitson
Warlords 12 days of Christmas – Day Three
Blood Red Skies: Jagdgeschwader 52