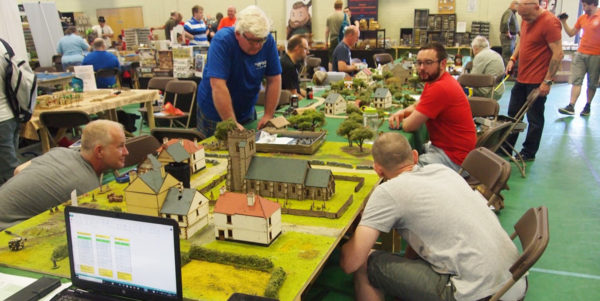 The 8th July in Stafford saw the fourth ‘Blaze of Glory’ event. This is an annual event run by Mike Wright of ‘tHaB’ Gaming and held at the Barrage Show in conjunction with Stafford Wargames. The history of this event originates from the success of ‘to Hell and Back’ and the show organisers getting in touch to run an event for them.

Players were competing over three games during the day’s event, with 1000-point forces to be the overall ‘General’ and ‘Blaze of Glory 2018’ champion! 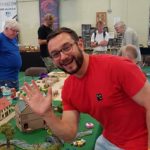 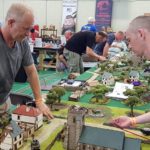 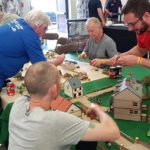 The commanders had three scenarios to battle through over the course of one day. These were from the main rulebook; Meeting Engagement in round 1, Point Defence in round 2 and Key Positions in the final round. The rules are normally played out how they are laid out in the rulebook, some minor alterations were made with objective markers at 12” from the defender’s edge in round 2 and a central key position marker set out by the organiser in the final round, with each opponent having two others.

Mike: As with most of my tournaments, it’s not only about being the overall winner, it’s about having fun, enjoying the day and there are also a host of other awards up for grabs, which is no exception at ‘Blaze of Glory’. 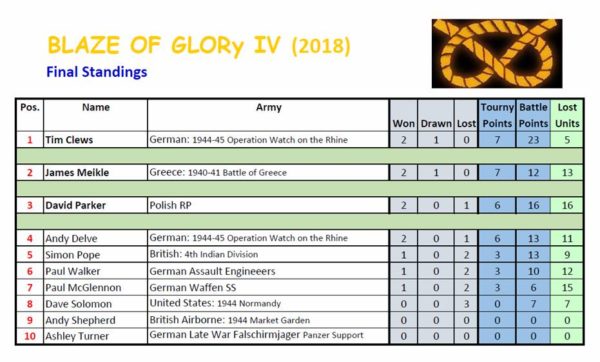 The ‘Sergeants Mess’ award is for the Best Painted Army, which is voted for by the players, with any casting vote by the organisers. There was a great array of armies, which included Allied forces of British 4th Indian, Greeks and Americans, all Axis armies were German. This year it went to David Parker, winning it with his Polish Army platoon, which had some finely painted figures, some of which had some lovely attractive flags and banners. There was some strong competition this year, including some nicely painted winter Germans that just missed out. 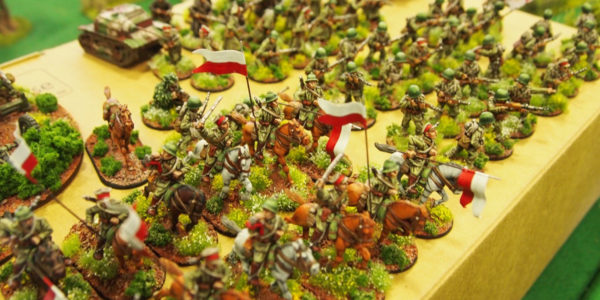 The ‘Lieutenants’ award is for Best Sportsman, which this year went to Dave Solomon, who’s US Normandy force didn’t really make the mission. 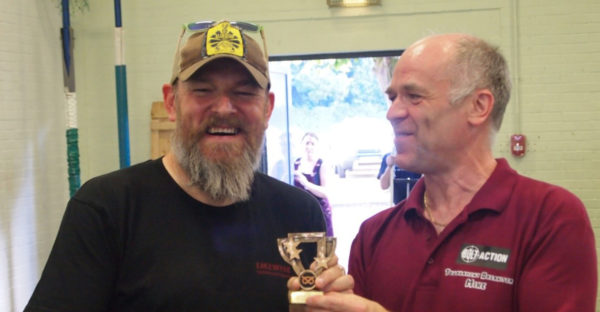 Moving up the ranks, the ‘Captains’ award for coming in third place goes to former Winner (2016) David Parker, with his Polish army. 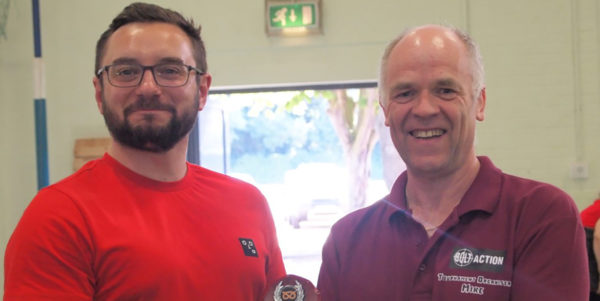 This year’s runner-up, achieving the status of the ‘Majors’ award, goes to a newcomer to this event, James Meikle with his very different Greek army. 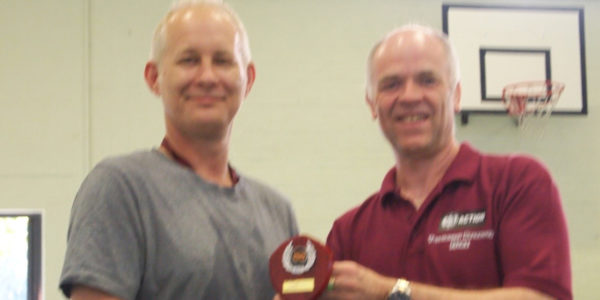 Finally, this year sees yet another new Champion, which is always nice from an organisers perspective. Last year’s runner-up goes one better, getting promoted to ‘General’ and becomes our overall Winner. A narrow victory in the final round, fielding a German force from Operation Watch on the Rhine, our new Champion is Tim Clews. 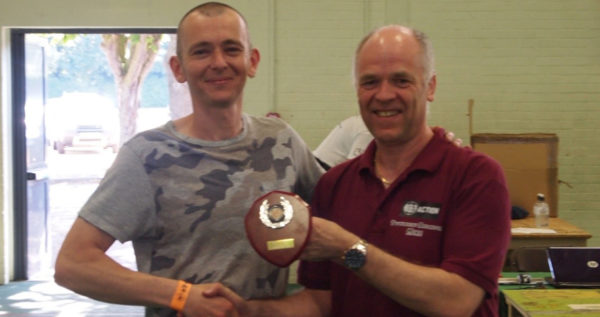 Both Stafford Wargames and ‘tHaB’ Gaming would like to thank Warlord Games and all sponsors for their tremendous support for this event, with all players able to take home prises. 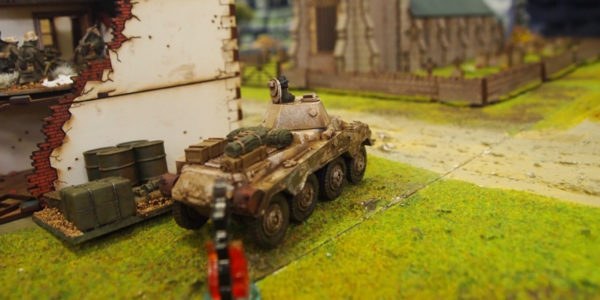 This will be our sixth year of “To HELL and BACK”, a 1 Day, 1000 point, 3 game tournament using the Bolt Action rules and the ‘Armies of’ Supplement Books.

1st Round games will start as Allies vs. Axis (where possible) and the scenario will be different each round. Check-in begins at 9.15am with games starting at 10.00am.

The tournament is fully supported by Warlord Games, who graciously provide prize support, along with Alessio, both of whom commit to the competition.

Get your tickets here: