The US Navy Paint Set gives you a selection of the most popular colours used by vessels of the burgeoning nation. Get your fleet table ready!

During and immediately after the American War of independence the colours of the hulls would either be quite generic like wood or white with black stripes or would follow the British colours. Later on, they started adopting a black hull with white stripes, with black or white masts and wood, white or black Tops, Bands and Yards. 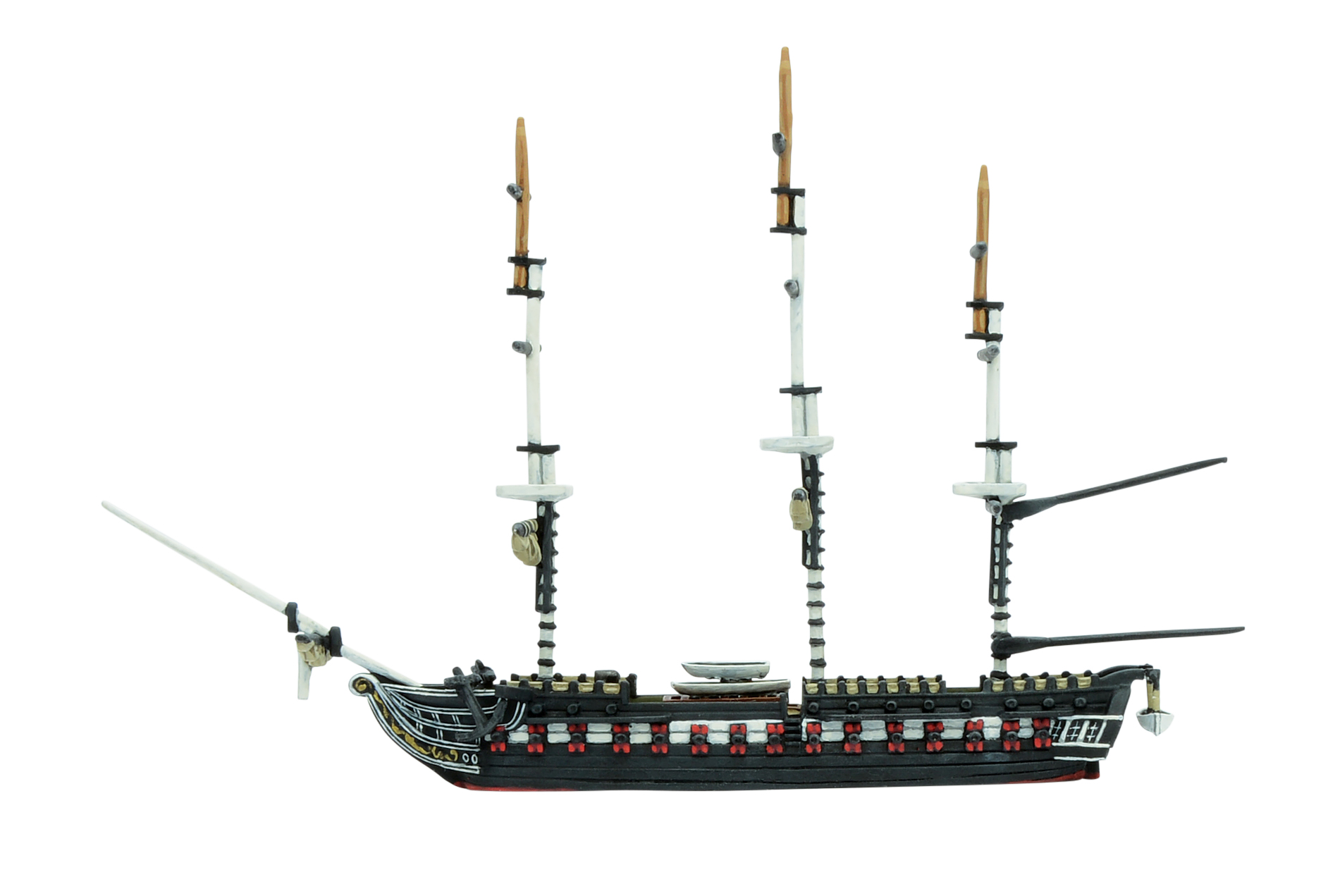 Below is a list of the paint bundle’s contents, as well as a guide to its usage with US Navy vessels, as shown in the above image. 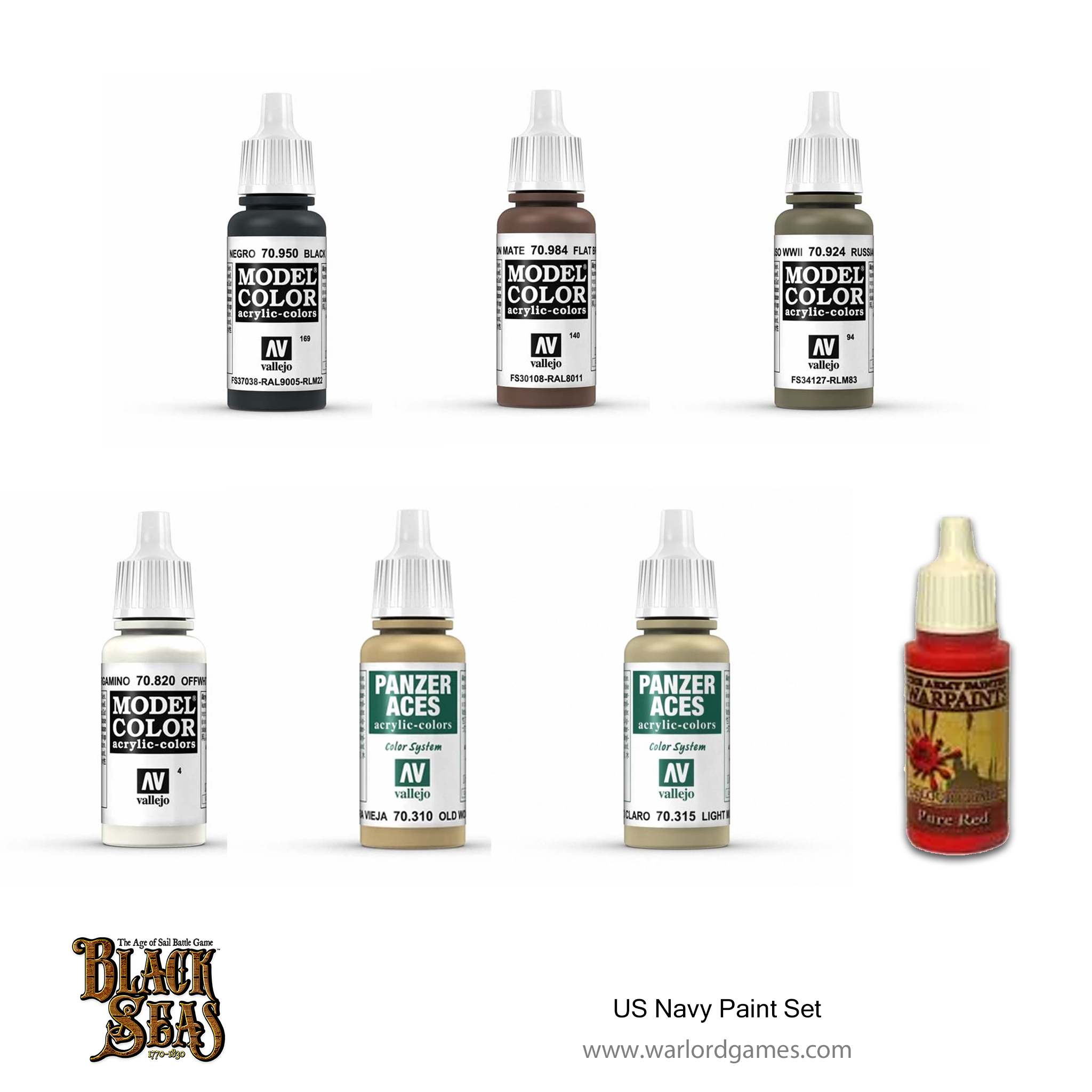 US Navy in Black Seas

Get your US fleet sea-ready with the Master & Commander starter box. As well as including the full rules, you’ll find three frigates and six brigs. You’ll also get sails, rigging and flag sheets for all your ships and all the ship cards, wake markers and tokens that you’ll need to play.

Look for the US Navy fleet boxed set in December. ‘Old Ironsides’ herself, the USS Constitution is available to pre-order now! 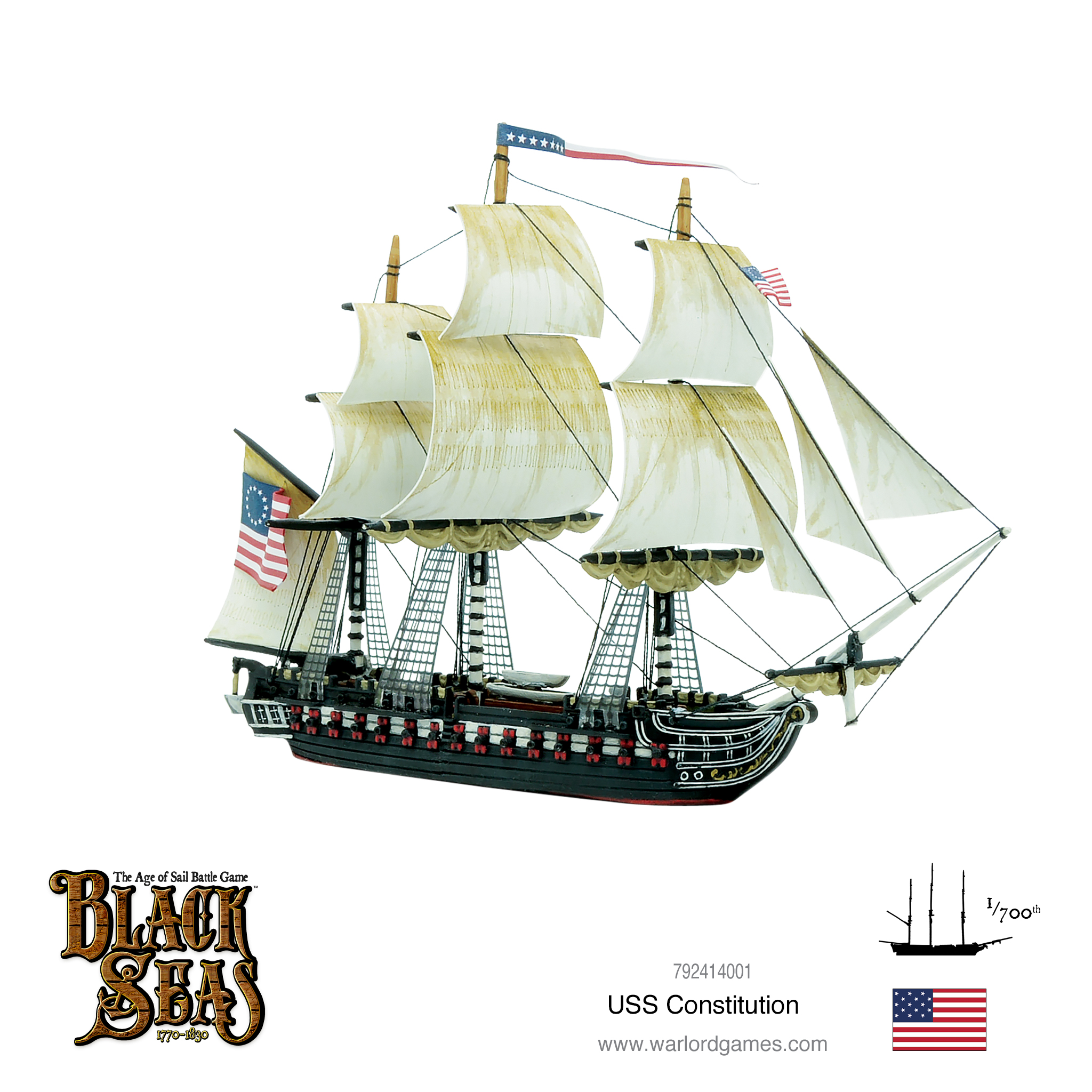