Looking for another way to get started with Black Seas? We’ve put together a few different deals to fill up your harbours! 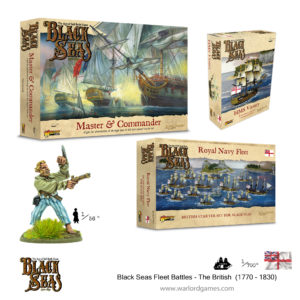 These sets contain the following: 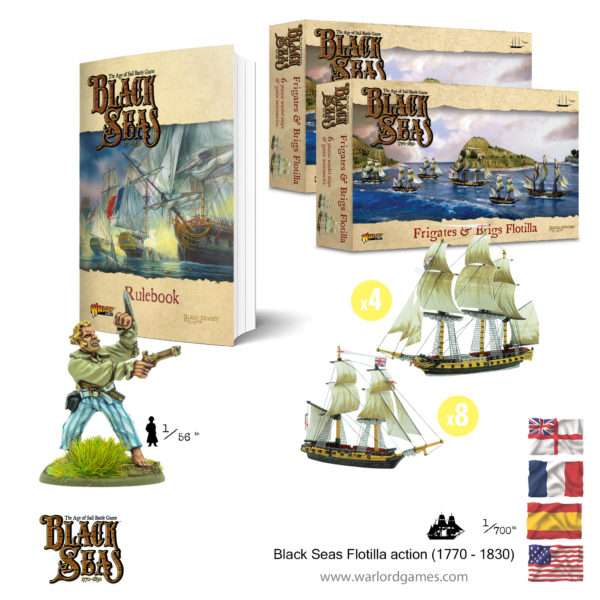 The Carronade Era was characterised by flotillas of small ships fighting out on remote stations across the globe – check out these articles on the Battle of Turtle Gut Inlet and the Hunt for the Santisima Trinidad for examples of these actions!

The Flotilla Actions bundle gives you the Black Seas core rules and an array of small ships that can be configured into several different fleets depending on the kind of battles you want to fight!

Third Rates proved to be the real workhorses of the Carronade Era, leading flotillas of smaller ships or striking out on their own to disrupt enemy commerce or raid isolated territories. They also formed the bulk of the battleline during fleet actions, their perfect balance of speed, firepower and manoeuvrability put to good use by every major navy.

The Squadron Encounters bundle gives you a copy of the core rules and six Third Rates which can be used to expand an existing fleet or start a new one!

Tom spends most of his time buying books and painting miniatures. He enjoys putting animals on the bases of his miniatures and half-finishing side projects. Some say that he lives in a tower on top of some windswept northern hill with his wife and cow-patterned cat, Spaghetti.
View Profile | View all posts by Tom Mecredy
Black Seas: Rulebook and Starter Set
Where do you play Warlord Games? The Sequel