Beyond the Gates of Antares: Salute Round-Up

As I write this, the Warlord Games team have just returned from this year’s Salute, the annual wargames show put on by the South London Warlords (no relation!) at the Excel exhibition centre in London. Salute is the highlight of the year for many of us, and this year was special for me because we decided to preview all the work Warlord have been doing towards my Beyond the Gates of Antares game. This was the first time the various models, 3-D sculpting works-in-progress, and game rules had been seen in public. It was also the first time the models would be available for sale, aside from the earlier Hansa Nairoba character model we made at the start of the project. It was also a chance for me to catch up with some of the playtesters in person, and for them to meet each other too!

For those of us unable to make it to Salute, I thought I’d do a round up of the models on show. Some of these have been seen before as 3-D renders, and here we have them as 3-D prints, still not quite perfect it is fair to say, but you can certainly see how faithfully the printing process has captures the crispness and detail of the renders. First up we have the Algoryn Armoured Infantry (AI) 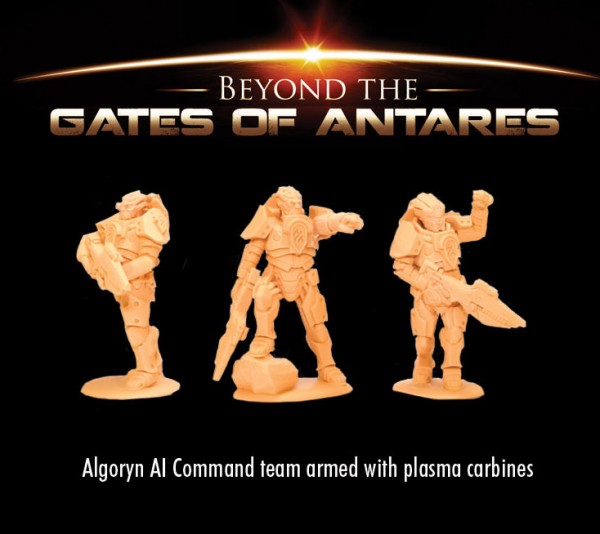 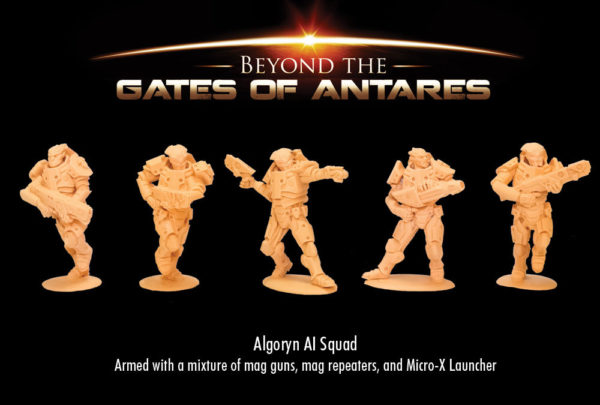 Whilst our Boromites have been sculpted in the traditional manner, the Frag Borer machine that they use as a heavy weapon is another digital sculpt. We had out first 3-D print of the machine on display, and it certainly attracted attention on the day. We’ll be showing you that soon!

Whilst we’re talking about Boromites, Wojtek was busy sculpting this new model on the day. It’s a female Boromite – the real power behind the Boromite Guilds! Scaly and yet strangely attractive was the general verdict – well, it takes all sorts… 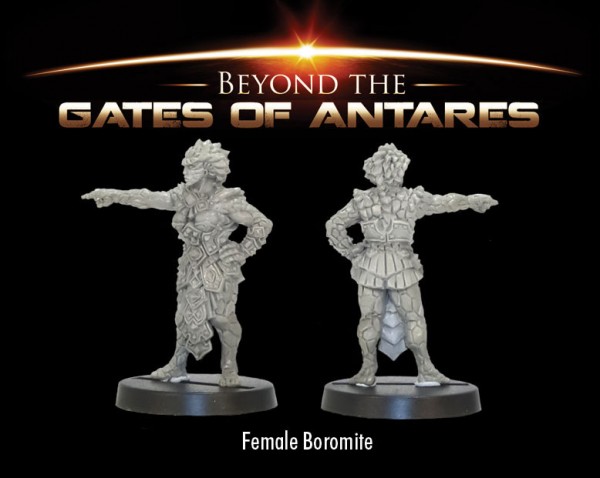 Although the model has been sculpted for some time, we also had our Mhagris mercenary leader, both on display and available for sale. A few folks have asked me how to pronounce Mhagris – well I generally say ‘M-Gree’ with the ‘s’ silent and the emphasis on the last syllable, so it sounds something like a Scottish McRee.

The Mhagris are a primitive tribe that live upon a feral world – a world that long ago reverted to savagery and its people to barbarism. There are many such worlds throughout Antarean space. Unless feral worlds are of strategic importance, or possessed of rare and valuable resources, they are ignored by more advanced societies.

It’s from such worlds that the Varda of the Freeborn often recruit and train mercenaries, one of the prime commodities that the Houses of the Varda trade throughout Antarean space. Our Mhagris mercenary character is well known as the occasional companion of Hansa Nairoba, and is wanted by several Houses of the Varda for contract breaking, smuggling, and dallying with royal princesses. He is called Bovan Tuk. Bovan – who generally goes by the name of Bo or Boey – carries the best and most sophisticated weapons that money can buy, but he also wears many of the savage trappings of his people as befits the leader amongst a proud warrior race. 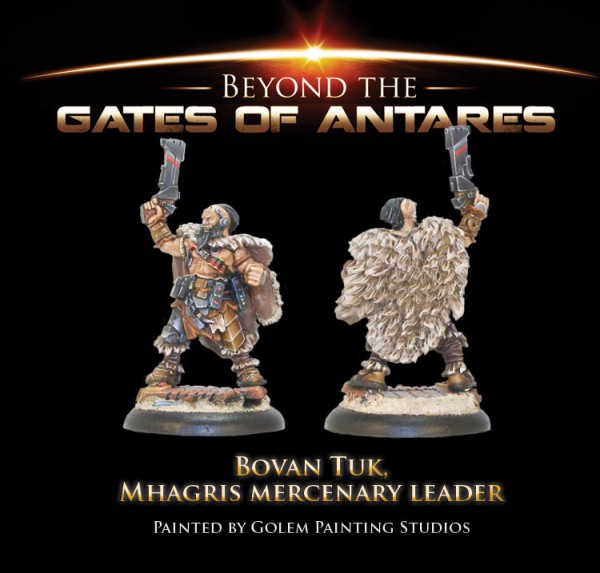 Amongst our other 3-D prints we also managed to sneak in the concept model for our Concord Strike Troopers. This isn’t a properly posed model and we’ll be making some adjustments before starting work proper, but we thought we’d print off the initial concept to get a feel of how a Strike Trooper would look in the flesh – so to speak. We were pleased with the result, with the sleek armour and upper body harness giving the models a distinct appearance that sets them nicely apart from the Algoryn and Boromites we’re done so far. 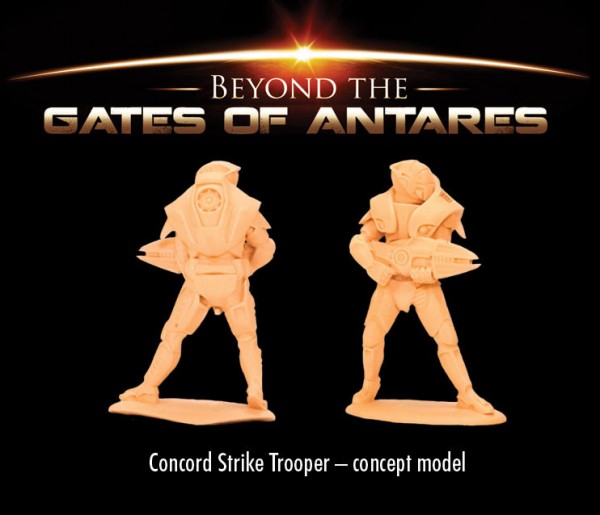 Still on digital drawing board is the concept for the Ghar – a race descended from generically modified soldiers in ages past and now rarely seen outside of their protective battle armour. Their armoured suits are bulky and fairly large, and their technology either pre-dates the integrated machine intelligence of advanced human societies or is deliberately engineered to oppose it. This is only an initial concept – we have some work to do yet, particularly to get the helmet section of the armour right, but we received many positive and encouraging comments on the day that will spur us forward! 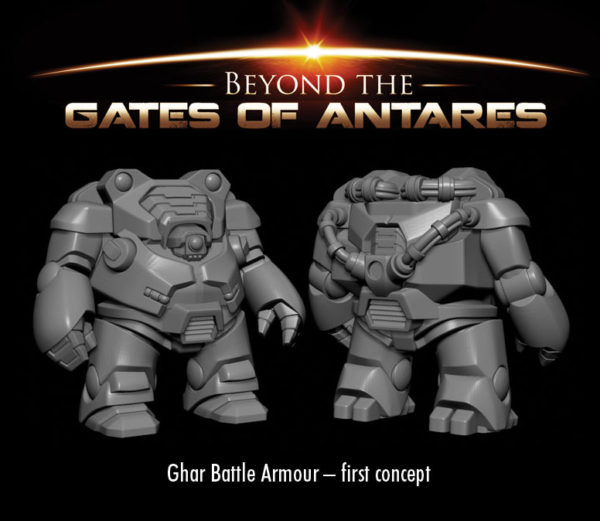 I also took along the manuscript for the game and was able to talk about the various ideas for mechanics and discuss how the game plays. Although it was still too early to put on a playable public demo, it was fun talking about the ideas behind the game play, and several of the playtesters were about to offer their observations and advice too. I’m very much looking forward to getting a game ready to show off – hopefully at the next Warlord Games Day, where we hope to have plenty more to show you too.