Beyond the Gates of Antares, Showcase, Work in Progress

Beyond the Gates of Antares: Boromites

2013 was a busy year for the Warlord team. What with the astonishing success of our WWII-based Bolt Action game on top of our growing Black Powder and Hail Caesar ranges, we’ve had to run around like billy-ho just to keep up with all the mould making, casting, packing and despatching. So much so, in fact, that there are now considerably more of us than this time last year, and we’ve also had to invest in more premises, more equipment, and more stock just to satisfy the demand. That is – of course – all thanks to you our customers, and I for one would like to say thank you very much for supporting our efforts throughout the year. Thank you!

Now, you might think with all that running round, casting, packing and what-not we’d have enough to do, but – needless to say – we’ve also been doggedly pursuing a number of very exciting new projects behind the scenes. Foremost amongst these is the development of my new Science-Fiction wargame, called Beyond the Gates of Antares.

From now on, I’ll be including regular updates about the Antares game as part of the Warlord Newsletter. Over the next month or so we’ll be taking a look at the model ranges, both what we have completed and work in progress, and we’ll start to explore the game and the ideas behind it. But to kick off with, we present a sneak-peak selection of our new Boromite models – a panhuman race designed by our ace and entirely human designer Wojtek Flis. Bear in mind these new models aren’t quite ready for sale just yet (remember all that mould making, casting and so on?) but they will be amongst the first Antarean releases. 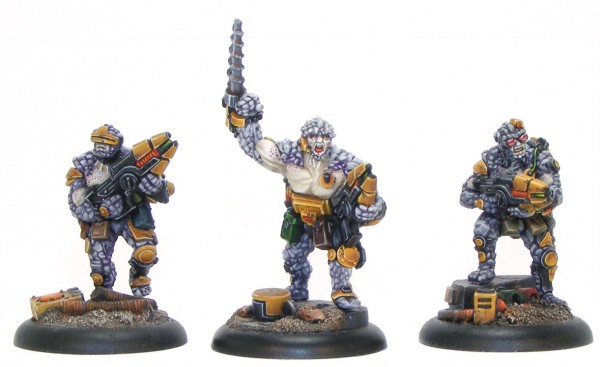 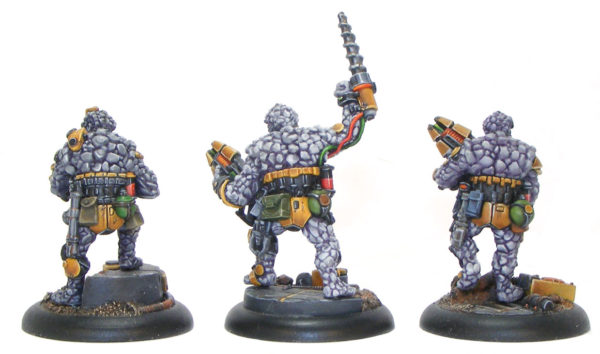