We’re delighted to be able to release the first of many Bronze Age packs from our partnership with Cutting Edge Miniatures. The first two armies we are releasing back into the wild are the Sumerians and the Akkadians. For more information about wargaming this period, see Rick Priestley’s introduction to Sumerians and Akkadians.

These figures are appropriate as the main battle-line spearmen of the Akkadian and Neo-Sumerian Successor State armies at the end of the Early Bronze Age. They can also be used in Early Elamite and Early Highlander armies as household troops or mercenaries. It is possible that the front rank spearmen did not carry a spear, but rather carried only an axe and large body shield to protect the rear ranks of the phalanx. This is dependant on how the earlier Sumerian Stele of Vultures is interpreted. Akkadian practice is taken to follow this precedent, as there is no pictorial evidence of Akkadians using shields. However, as some wargames rules only provide for 2 actual ranks of spearmen to represent the body of spearmen, the visual impact of a phalanx of thrusting spears would be lost if only the rear rank had a spear. Hence, these figures have the front rank with a shield and a spear and the rear ranks with a spear only. 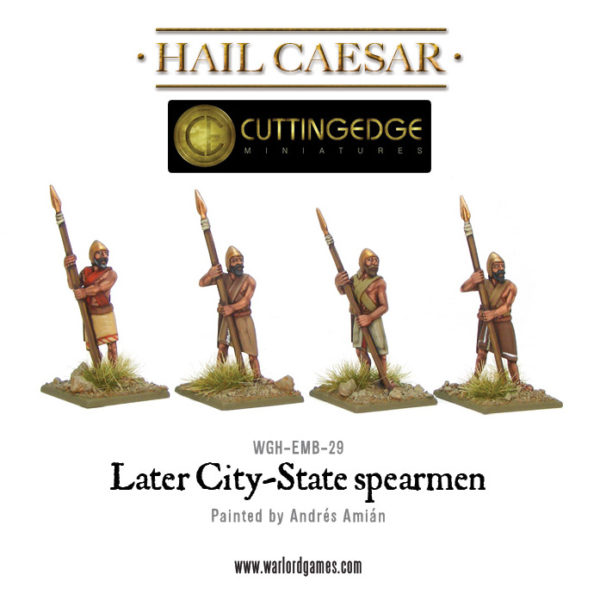 In later Akkadian armies it appears that such troops also operated independently in situations where it would be cumbersome to carry a large body shield. Such shieldless Spearmen are depicted in the Victory Stele of Naram-Sin attacking Lullubi Highlanders in wooded mountainous terrain. 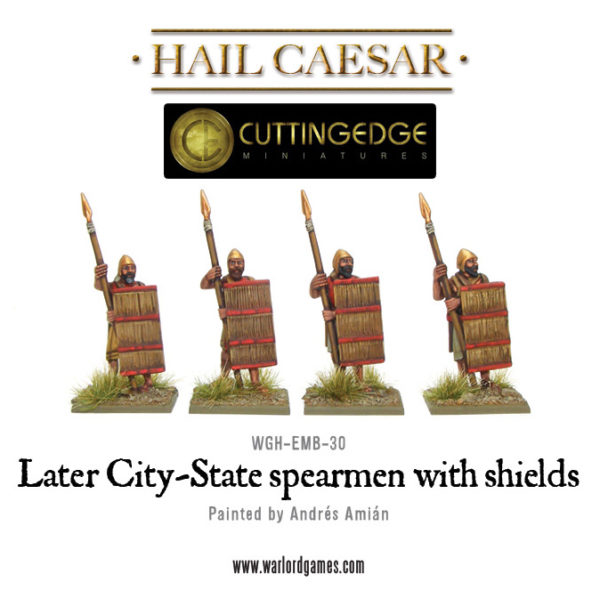 Following on from earlier Sumerian practice it is possible therefore that the weight of the shield was taken by a strap attached to the shield and which hung over the shoulder. Indeed there is possible evidence of large wicker shields from an Akkadian stela from Nasriyah, and which show shoulder straps. It seems logical that shields would start to become smaller before the eventual adoption of the Amorite shield at the beginning of the Middle Bronze Age. 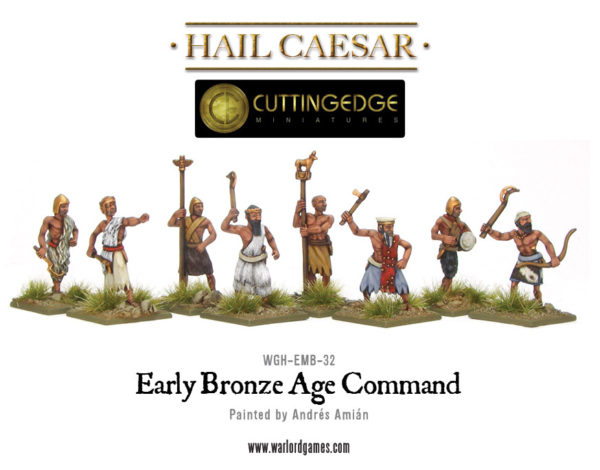 These models are suitable as Foot command for any army of Early Bronze Age Mesopotamia, including those of Sumerian, Early Syrian, Elamite, Early Akkadian and Early Highlander armies. Figures can be used for characters such as Sargon the Great of Akkad, Meskalamdug of Ur, Eannatum of Lagash, Lugal-zage-si of Uruk; a King of Mari, (Early Syrian), or Kish and Chief Annubanini of the Lullubi, (Early Highlander).