The Belgish elite, the Chasseurs D’Ardennais equipped with the Canon de 76 FRC, FRC 47mm anti-tank guns and the Boys anti-tank rifle (Le Fusil Antichar Boys Mark I) stand strong in the face of their overwhelming enemy.

The Chasseurs D’Ardennais were Belgium’s elite force, and their primary role was to defend the Ardennes Forest. The Chasseurs D’Ardennais section consists of 12 men. A section was led by a Sergeant carrying either a MP-28 submachine gun or Fusil 1889 rifle. The FM1930 BAR was the standard section LMG, which was carried and operated by one man. The remaining nine riflemen carried the Fusil 1889 rifle, one of which is a dedicated rifle grenadier carrying a rifle adapted to shoot grenades. 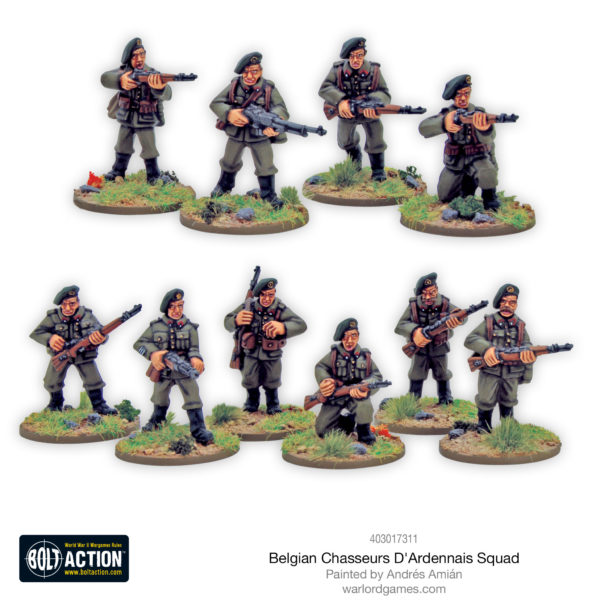 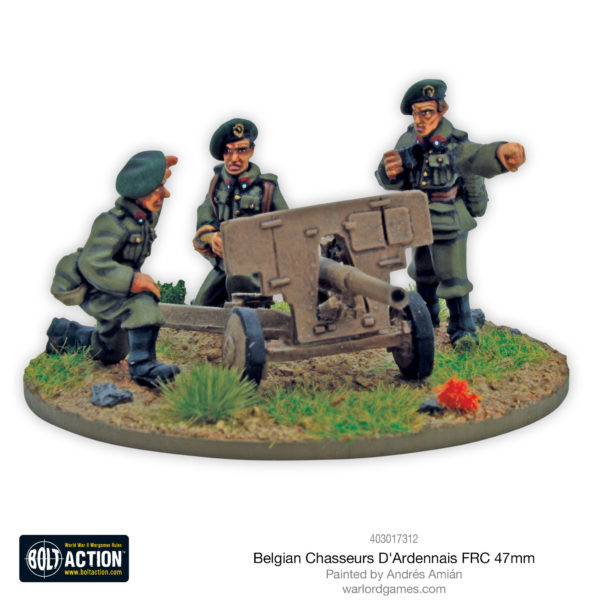 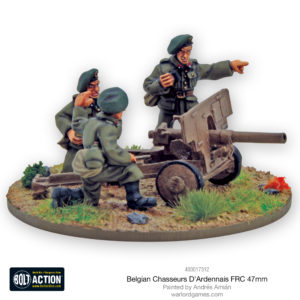 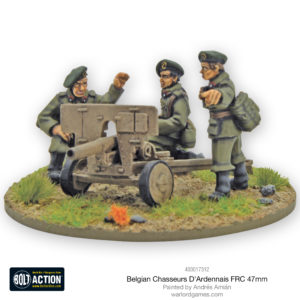 The British-made Boys anti-tank rifle was supplied to the French and Belgian armies as the Le Fusil Antichar Boys Mark I. The Boys was an effective anti-tank rifle against early German tanks. 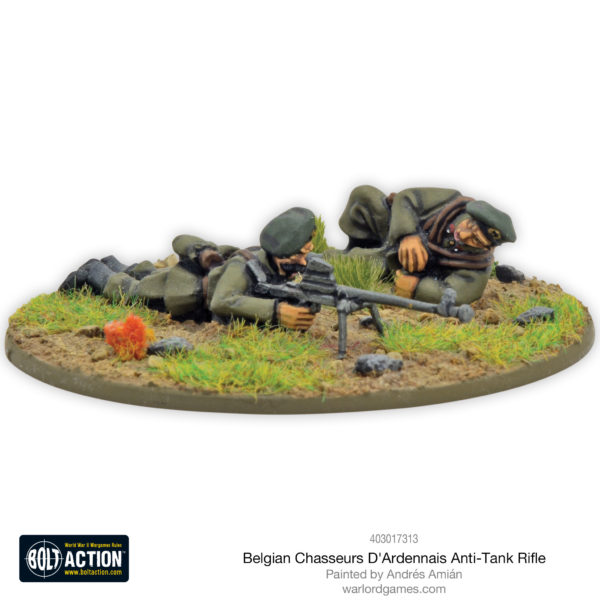 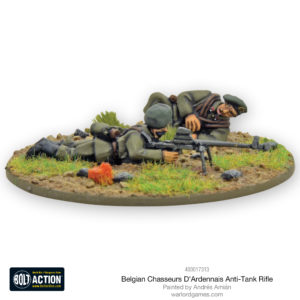 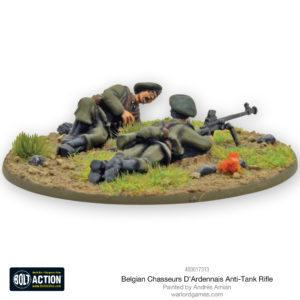 The Canon de 76 FRC was produced by the Fonderie Royales des Cannon (FRC). The gun was designed to operate in direct support of infantry and be capable of being manhandled by their crews. 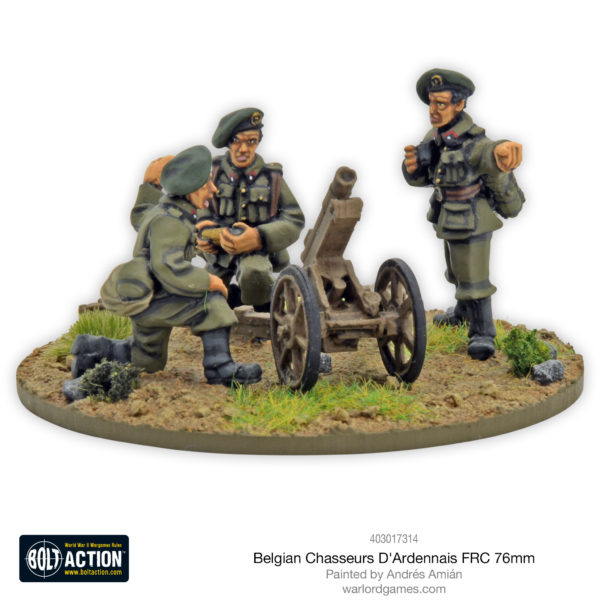 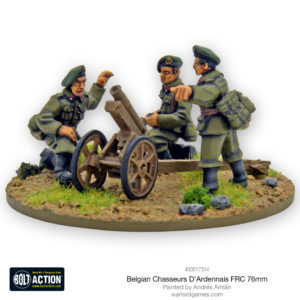 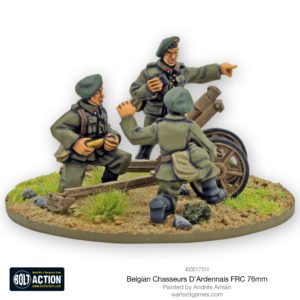