The Red army war-machine has gained momentum and is rolling towards the heart of Germany – can the German forces stop the red tide?

Warlorder JoshB tells us how his first game went and to see if he is Warlord material!

I wanted to field as many units as I could for 500 points; so it was semi-spam list which gives me a great chance to simply swarm the Germans!
All Regular apart from stated

This totaled at 500 points exactly.

I didn’t use any LMG’s as I knew the terrain was going to be close quarter/building heavy so I opted for on-the-move close support. The Commissar was a gag and a morale stabliser for the inexperienced squads. The mortar was simply to get the Germans out of the buildings or hit them hard with it and the SU-76 was my primary anti-tank unit. The overall tactic was to rush with all of my squads and simply overwhelm the German line and well…you’ll see how well it turns out.

My opponent just opted for an army that he could actually make as he did not have enough of a collection at this point. His army consisted of:
All Regular apart from stated

Whilst the army is lacking in size it more than makes up for it with its punch. It was a simple defense force designed to hold a point and wait for my Russians to come to him which is exactly what I did and had to do. Both armies did what they intended to do, it was a very casualty heavy battle!

We weren’t focused on painting as we really wanted to have our first game! & we realised that the single German unit could have been split into two 5 man units but this didn’t fit with our scenario. 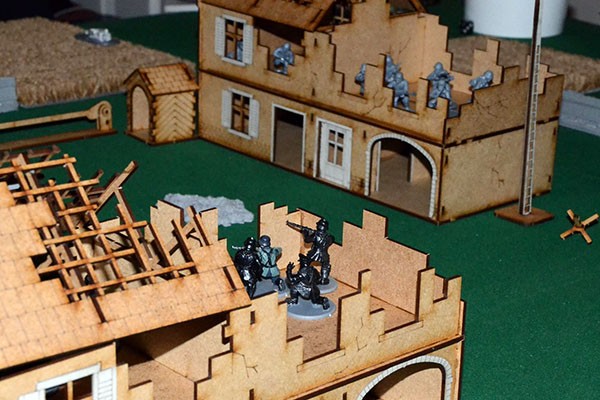 I won the roll off and chose to set up first, I stacked most of my infantry in roughly the same area with only the 7 man rifle squad to guard the left flank. The Mortar and SU-76 set up near the back as I didn’t know where the Panzer was going to be as my initial goal was to take it out! My opponent hid his entire army behind a building except for the sole machine gun team which held the same flank as my 7 man rifle squad. 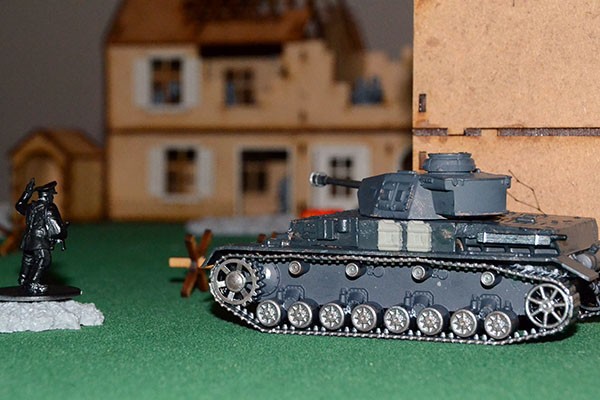 You would think with 8 Russian order dice to 4 German ones; that the Russians would usually get to go first…but no. He got the first order dice and just simply moved up into cover. Which in the end is all we did do for the first turn, as a result there wasn’t a single casualty. Pot shots were fired from the mortar and SU-76 but all skewed of course and hit nothing. 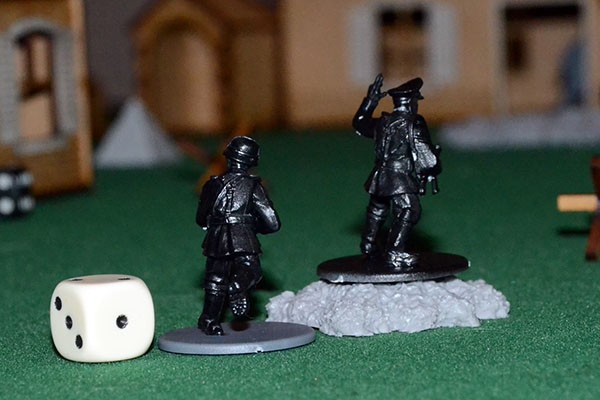 Turn 1 was lacking and so was turn 2, with more maneuvering amongst the ruins and more firing with no casualties. The cover on both sides really hindered our ability to actually kill each other but that just made everything else just so much more intense. By this time the Panzer IV showed itself and perched perfectly to cover the open courtyard on one of the flanks, running up the centre would be straight suicide as the Germans were set up in the back building and the machine gun team protected the other flank. 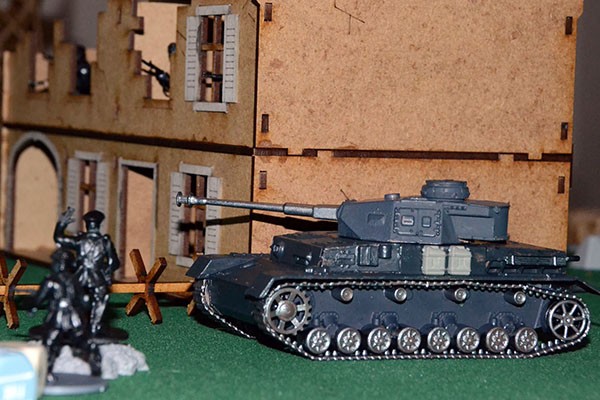 The first order dice went to the Germans (again…) and he launched his ‘You men, snap to action!’ rule which allowed his Panzer and infantrymen to open fire on my unprepared squads. The Soviets took the first casualty, a guard squad was peppered with shots by both the panzer and infantry squad losing 3 men and another lost a single man. Any attempt of retaliation led to nothing except for a single casualty of the infantryman accompanying the lieutenant. The Soviets needed to get a grip to get anything done at this point which led to one of the stupidest mistakes of the game… 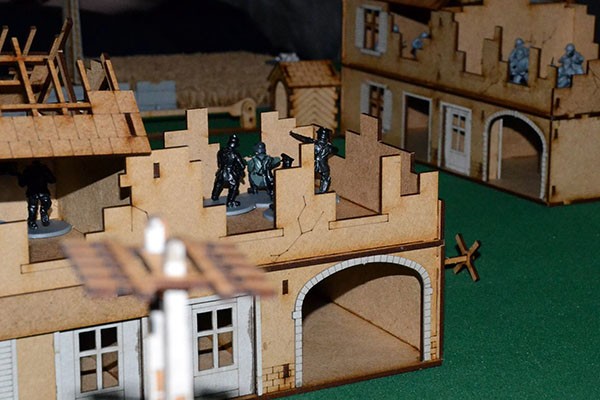 The first and second order dice went to the Soviets so I rushed up my guard right into the centre of the courtyard with hopes of pinning the German infantry or even more so; destroying the Panzer with my newly position SU-76! My SU-76 missed and was swatted down like a fly compared to the Panzer which instantly snapped off a shell and took it out with one shot. My poor guard squad was lit up and the entire squad was wiped out by the German infantry alone. It wasn’t all too bad for the Russians as the mortar managed to zero-in and take out the first lieutenant and the other infantryman, but that turn certainly swung in favour of the Germans. 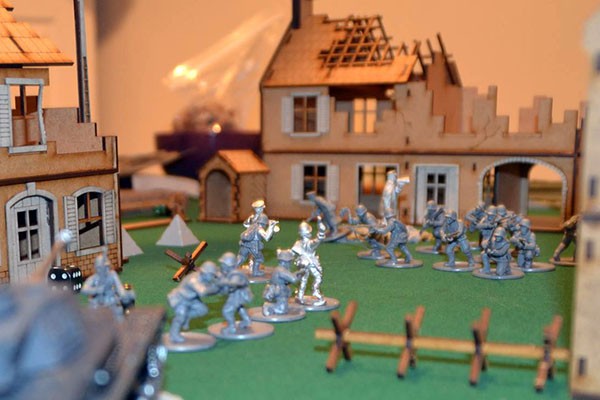 During the previous turns; the 7 man Soviet rifle squad actually managed to flank the German machine gun team and kill them, which was a nice development as it revealed the entire German flank. Knowing this, I set up my entire army to rush the position as I was slowly losing men and I could barely scratch the Germans. He had no idea I was doing a full on assault, but the Germans were certainly prepared for anything. 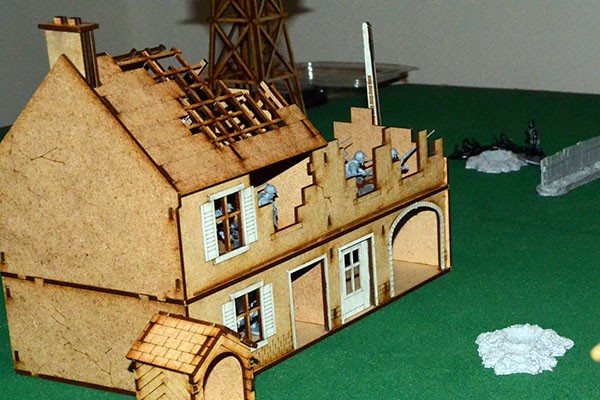 Note: At this point we just wanted to fight to a conclusion so we didn’t care about the number of turns!

I unleashed my whole army as a last ditch effort to force the Germans out, my 7 man rifle squad assaulted the Germans but were wiped out instantly which exposed my other squads to the upcoming hail of gunfire coming their way. The mortar tried its best to kill the Panzer but availed to nothing and I was losing men at an alarming rate it was certainly looking grim. 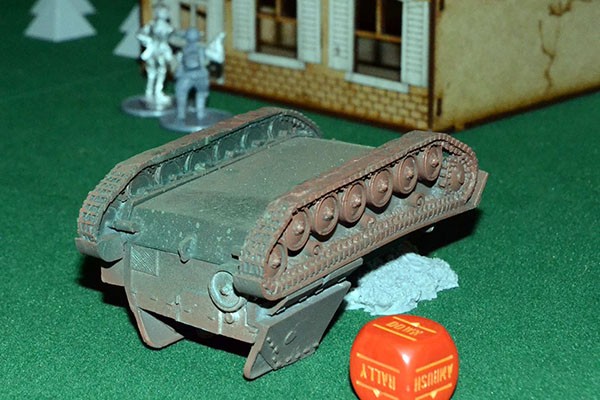 The Soviet last LAST ditch effort was a suicide assault onto the Panzer with the inexperienced rifle squad, which ended exactly as it sounded, all but two men from the squad surviving the ordeal. The last guard squad was wiped out but in-turn took down the German infantry squad to 5 men, I thought it was all over for my Soviets and was ready to concede. 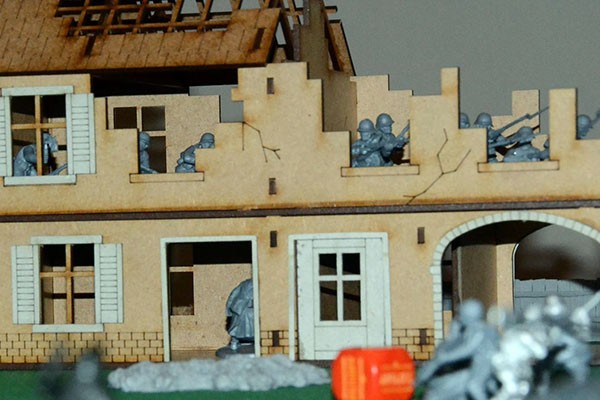 But then the mortar managed to pull through and hit the Panzer, piercing the armour instantly and setting the metal monster into flames. The entire battle then swung into the Soviets favour, with only the Commissar and his accompanying infantry man, the junior lieutenant, 2 inexperienced and the MVP of the game mortar at the back versus the pinned 5 man German squad. 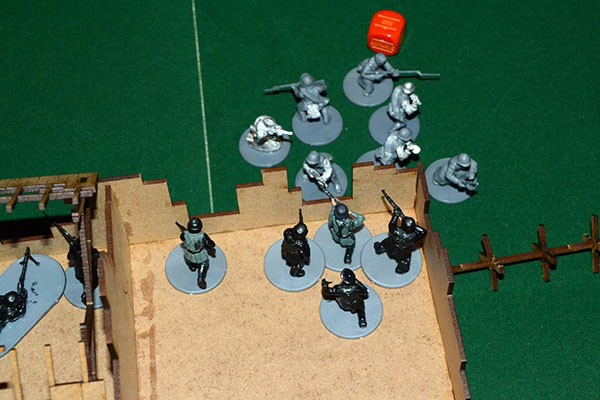 Many little turns later the Soviets managed to chip away at the Germans and eventually took them out of commission altogether making this battle a pyrrhic victory for the red army!

It was one of the most enjoyable games I have ever played and whilst there was many mistakes for rules and such, my opponent and I are frantically reading the rules & can’t wait to play the next game and with double the points!

What will you choose! 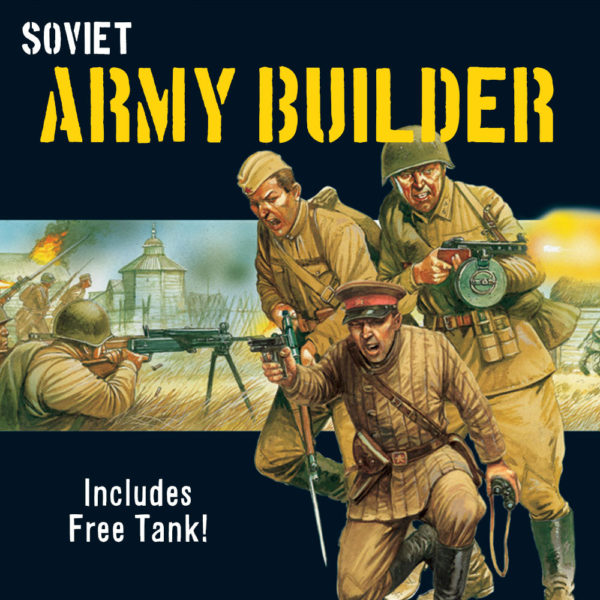 View Profile | View all posts by Josh Berridge
Battle Of The Bulge: Assault!
Scenario: The Battle for Hürtgen Forest