Beyond the Gates of Antares, Ghar, Work in Progress

Our next Christmas treat is a 3D render of a previously unseen race for Beyond the Gates of Antares – the Ghar Empire. We’re hard at work developing the look and feel of this malevolent race and knew you’d want to see the first models we’d completed!

The spiteful, war-like Ghar are small, repulsive creatures with hunched torsos, spindly arms and bow legs – but they are rarely seen out of their huge, armoured battle suits. The Ghar make nothing themselves, but mercilessly exploit their slave labourers to produce whatever they need to pursue their bloody wars. 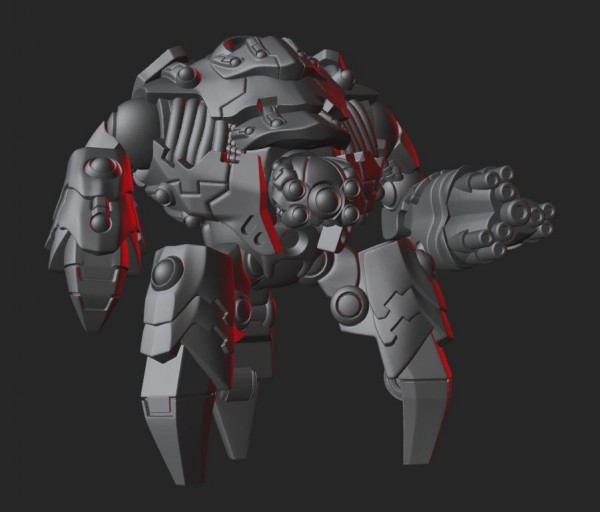 We’ll put the third variant on the new Beyond the Gates of Antares Facebook group, so head on over and check it out!