To mark the 75th anniversary of the start of the Battle of Britain, we couldn’t help but offer a fun, free scenario… so – without further ado, we present our Downed RAF Pilot, Squadron Leader ‘Topper’ Redfern (who just so happens to be FREE with all orders over £50/$80 placed this month!)  has crashed with important information on the enemy positions! 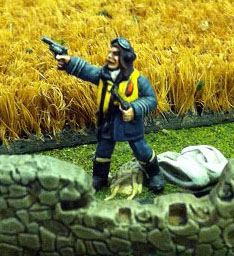 The Squadron Leader is sculpted having just bailed out of his Spitfire after taking a hit from a lucky German pilot. On landing he’s immediately been beset by Jerry and has pulled his service revolver out as soon as his feet have touched the ground. 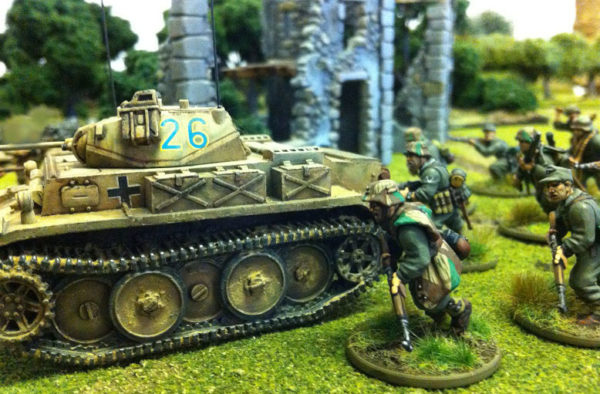 Don’t worry though, Topper! We’ll get to you before the dastardly Hun!

Just before beginning the first turn of the game, after all deployment is finished (including snipers, spotters and observers), the player places Topper on the table, following the same set-up instructions for the objective in the Hold Until Relieved scenario on page 114 of the Bolt Action rulebook.

Topper has exactly the same rules as a Veteran Captain, except that he cannot Run in the first turn of the game, because he has to dispose of his parachute first.

If Topper manages to leave the table by moving into contact with the player’s own table edge, when the game ends the player treats a defeat result in the scenario being played as a draw, and a draw result as a victory (and, I suppose, a victory result as a ‘glorious victory’…).

On the other hand, if Topper is killed before he leaves the table, when the game ends the opponent treats a defeat result in the scenario being played as a draw, and a draw result as a victory (and, I suppose, a victory result as an ‘über-victory’…).

Can you aid in his rescue before the vital information he has falls into enemy hands? Perfect for adding that extra layer of story detail to your battles in Bolt Action!

The Squadron Leader is free in all orders over £50/$80 during the month of July 2015, you can just picture him having just bailed out of his crate after taking a hit. You have to agree – he is a spiffing sculpt! 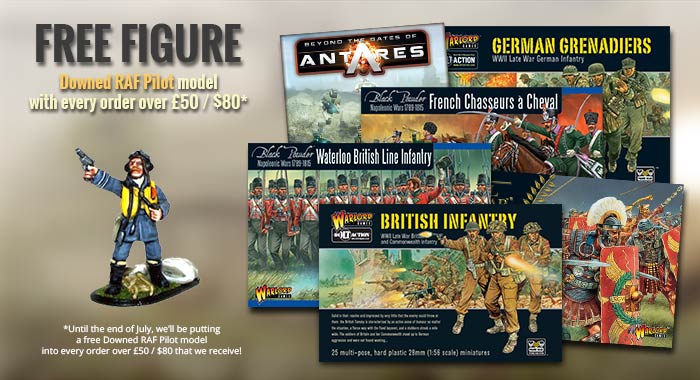