The first full-plastic large model for Beyond the Gates of Antares arrives at your battlefields! 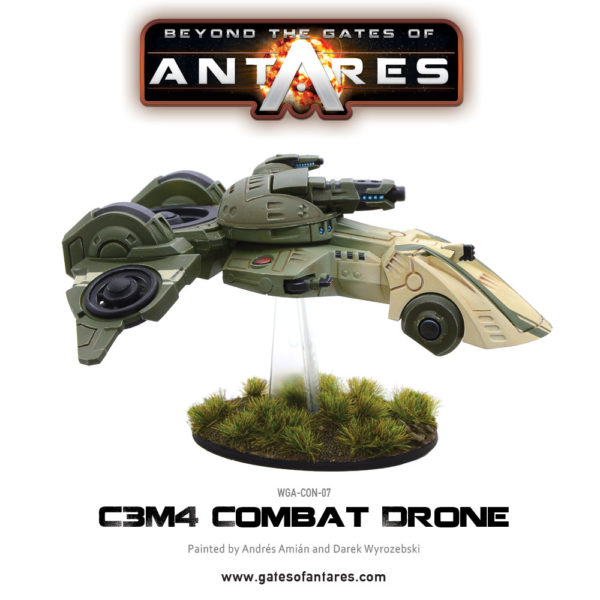 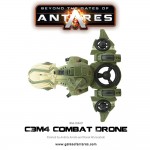 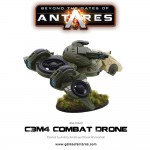 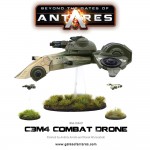 The M4 series Combat Drone is the standard template designed fighting drone in the Concord Combined Command. It has neither crew nor any capacity to carry them, forming a distinct machine shard together with its buddy drones. Powerful kinetic shields protect the drone all round. Powerful reactive generators adjust shield strength as required, making the drone capable of resisting most attacks.

M4 series drones carry various support weapons but are usually armed with a plasma cannon and plasma light support for dealing with enemy troops and lightly armoured vehicles – this weapons loadout is referred to as the ‘M400 Template’  – however, they also have the option of replacing the main armament with either a Fractal Cannon or Compression Cannon for more specialised application. 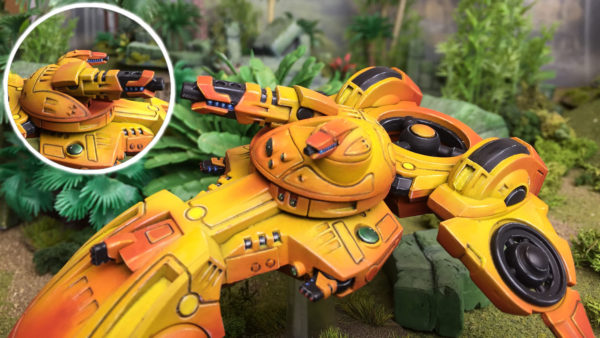 The plasma cannon is the ultimate light support weapon. It is calibrated to deliver a single very strong pulse, for which an especially long plasma coil is required. All plasma weapons have a defect inherent in plasma coils in that they gradually weaken over time. This problem is normally overcome by the weapon’s own self-repair facility. In the case of the plasma cannon the weapon is so powerful that its battlefield performance can sometimes be affected, causing temporary plasma fade.

Fractal weapons are primarily used for attacking static defences. They are relatively specialist weapons found in the arsenals of most Antarean forces but reserved for urban warfare where they are supremely useful.

Fractal weapons utilise molecular resonance to break apart solid material. Although slow to develop full power, their ability to break apart buildings and machines is almost limitless. They are also known as fractal disintegrators. The fractal cannon is the smallest of these machines and the most readily mobile, but it is correspondingly less powerful that the larger ‘siege’ weapons.

The compression cannon is a relatively exotic light support weapon mostly used in specialist roles by Concord forces where it is likely to be drone or vehicle mounted.

Compression weapons use compression field technology to quantum reduce everything within a narrow field projected by the weapon – effectively scrunching matter to nothing. As with other compression weapons, the compression cannon doesn’t function at very short ranges and its effectiveness drops off very quickly over long range.

The chief advantages of the weapon compared to plasma equivalents are its effectiveness against close targets – so long as they don’t come within the weapon’s limited compression range – and its ability to compress any cover the target is taking advantage of. As with all larger compression weapons it can suffer from momentary field collapse. 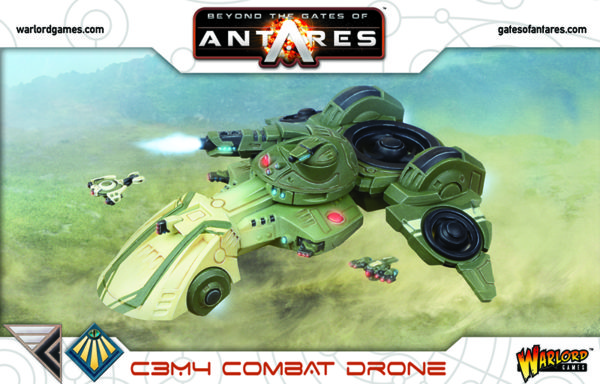 Of course, it’s not just the forces of the Concord who have access to the C3M4 – the vast fleets of the mercantile Freeborn carry goods, services, technology and people from one world to another – and their vast networks of trading connections provide access to as many weapons and pieces of equipment as they need – and the M4 is available to them as well! 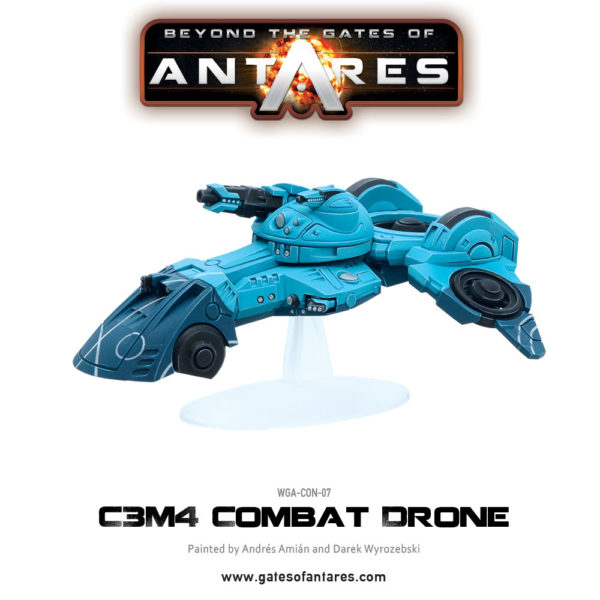 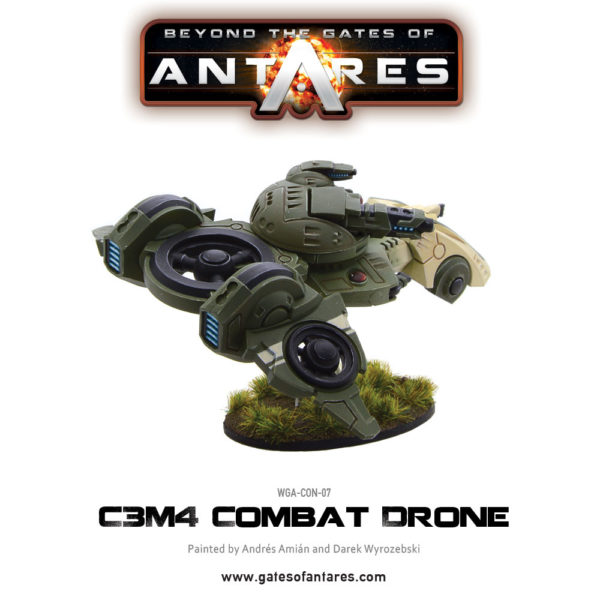 A very adaptable drone, the C3M4 carries 2 weapons from a nice variety of available options, and being classed as ‘Large’ in the game allows it to draw Line Of Sight (LOS) over the top of friendly units and as such can engage the enemy from behind an infantry screen. 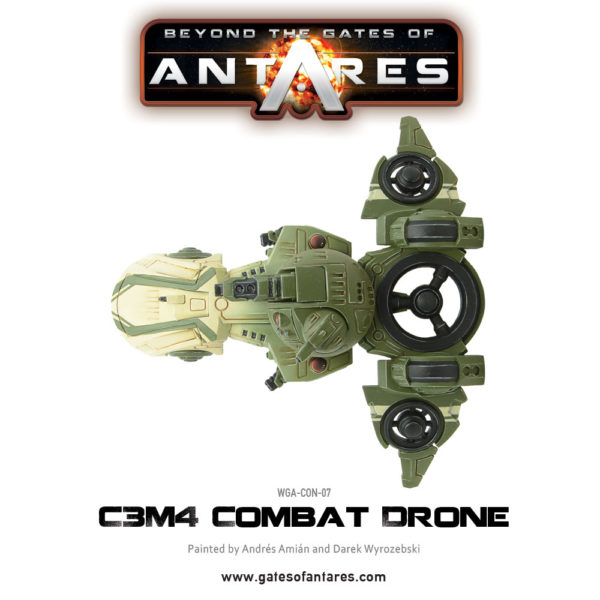 Coming up on the 21st of May is our World Wide in store gaming event, get your drone and head into your local store to get gaming and meet new groups… see you there!

Beyond the Gates of Antares594 Concord88 Featured79 Freeborn70