Here’s a quick snippet of what sort of scenarios to expect from the upcoming Campaign: Sea Lion book!

The Royal Tank Regiments traced their pedigree back to the original Royal Armoured Corps. They tended to recruit officers from educated middle class young men with an aptitude for machinery and who lived on their salaries – or put it another way, professionals. The RAF recruited from the same type of people. The RTR used infantry terminology (for example, private, sections, and companies) for some time to distinguish themselves from the similarly armoured cavalry regiments. The cavalry recruited officers from the cream of society – ‘thick and rich’, according to the RTRs – or to put it another way, amateur gentlemen. Stories abound of RTR personnel being drafted into cavalry regiment to find none of the armour was functional because they; only knew how to groom a horse’. Hench the derogatory RTR nickname for the cavalry: ‘donkey wallopers’.

The RTRs differed in another way from the cavalry. They were not particularly bothered how the tanks looked if they worked. The cavalry had the reputation of being obsessed with polishing metal objects but not keen to get grease on their hands (or on the equipment). And this is how the 5th Royal Tank Regiment – the oldest armoured unit in the world – earned its nickname: ‘The Filthy Fifth’.

The only effective British armoured ‘cavalry’ attack in France 1940 was carried out by the 4th and 7th RTRs, operating pretty much without air, artillery or infantry support. In comparison, the 5th had a miserable time, losing much of its equipment in exchange for a single Panzer kill. On their return to England, Lieutenant Colonel Dinham ‘Detention’ Drew drove them hard to restore morale and instil the necessary armoured skills in ‘newbies’.

The 5th were re-equipped with 52 cruiser tanks so they could serve in the cavalry ‘offensive’ role, rather than infantry support. ‘A’ squadron had thinly armoured A9s for reconnaissance, while ‘B’ and ‘C’ Squadrons fielded the tougher A13 Mk II cruisers with up-rated armour. In September 1940, The Filthy Fifth was a component of the 1st Armoured Division, based in Surrey. They would be the spearhead of the British counterattack. 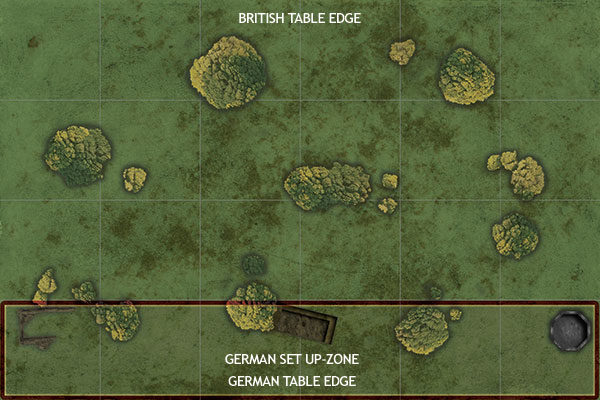 The British Player is the attacker and selects his force from the British Regular Army reinforced tank platoon Theatre selector.

Divide the table in half, length-ways, so that the players each control one of the long table edges. The German set up area is a zone running from their table edge to a line 12″ their side of the middle of the table.

The German player sets up at least half of his units in his set-up area. These units can use the hidden set-up rules. Units that are not set-up to start with are left in reserve. He must nominate three separate objectives in his set-up zone. All objectives must be at least 6″ from the defender’s table edge. In addition, all the objectives must be 24″ from each other. These objectives could be tactically important positions such as an ammo dump or fuel reserve, or maybe a command post. Objectives can be simple markers but player’s enjoyment of the scenario will be greatly enhanced by using the appropriate models. Somehow defending/capturing a blue blob of resin is less dramatic than raising your flag on the summit of Hangman hill. Whatever you decide, the important thing is that both players clearly identify the three objectives before the battle begins. 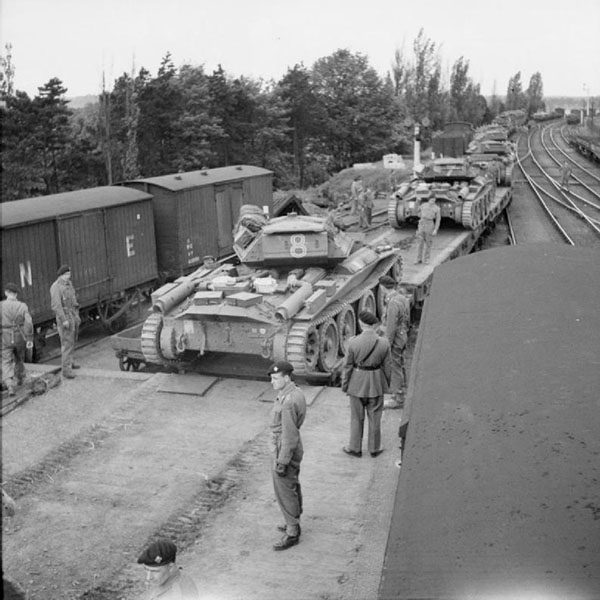 The British must try to capture the three objectives – the Germans must try to stop them.

The British player rolls a die: on a 2+, a preparatory bombardment strikes the enemy positions. On a result of 1, the barrage fails to materialise, but the attack must go ahead anyway.

During turn 1, the British player must move his first wave onto the table. These units can enter the table from any point on his table edge, and must be given either a Run or Advance order. Note that no order test is required to move units onto the table as part of the first wave.

At the end of the game calculate which side has won.

If the British player holds one objective the game is a draw.

If the British player holds no objectives then the German player wins.

Note that all objectives are held by the German player at the start of the game regardless of where his troops are positioned. If an objective changes hands during the game then it remains under the control of the side that won it unless it is recaptured by enemy units and so on. 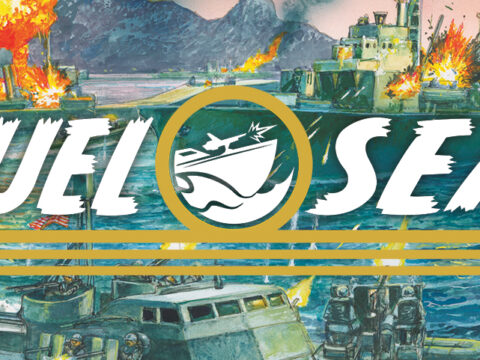 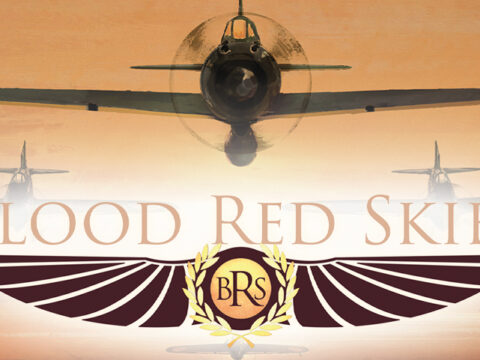