Re-Boxed and ready for action as they embark in their Dakotas to make the Jump into occupied Europe come the US Paras! 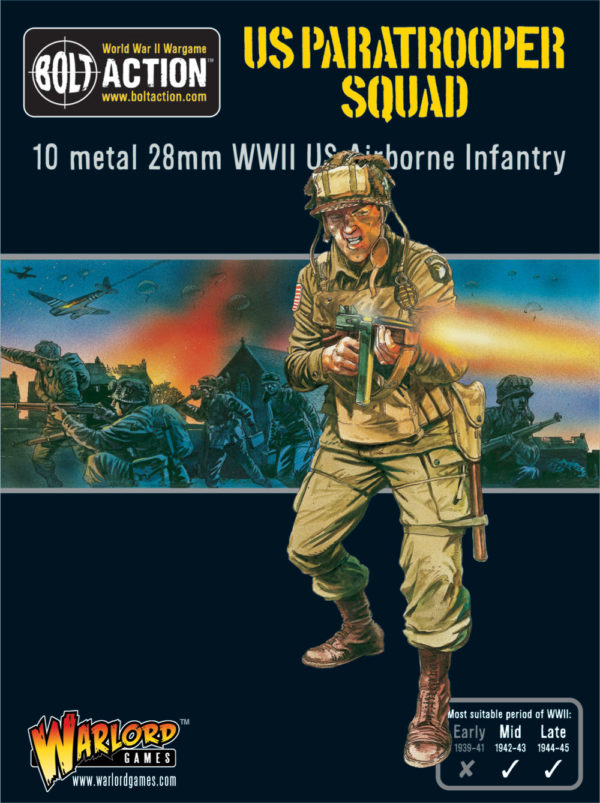 St. Mère Eglisé. Carentan. Nijmegen. Bastogne.
Actions that stir the blood and conjure images of highly-trained US paratroopers punching holes in the German lines in Normandy and later holding off overwhelming opposition in the Ardennes.
These US Airborne models are ideal to represent the 101st ‘Screaming Eagles’, 82nd ‘All American’, or the 17th ‘Thunder from Heaven’ divisions – arguably some of the toughest of the US army.

Aggressive and innovative, these elite troops were eager to take the war to ‘the Krauts’ – something they did so successfully. They were ordinary citizen soldiers, but highly trained and motivated, superbly equipped and packed with firepower as only an American force can be!
As brilliantly highlighted in the superb TV series Band of Brothers, US Airborne troops were always at the sharp end of the action and weren’t found wanting.

Contains a 10-man US Paratrooper Squad: 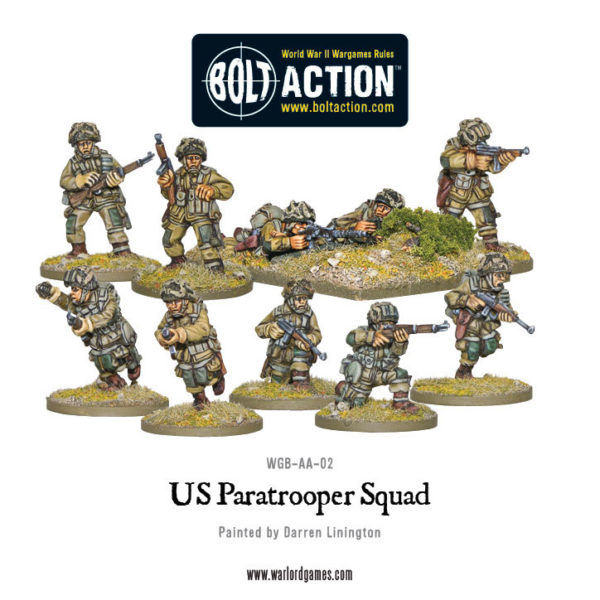