The release of ‘Ostfront’ brings about a focus shift – over the coming months, we’ll be unveiling reinforcements for the German, Soviet, and other nations involved in the Eastern Front conflict. Infantry, support, and of course – tanks – are all incoming, but to start things off, we have a little something different! 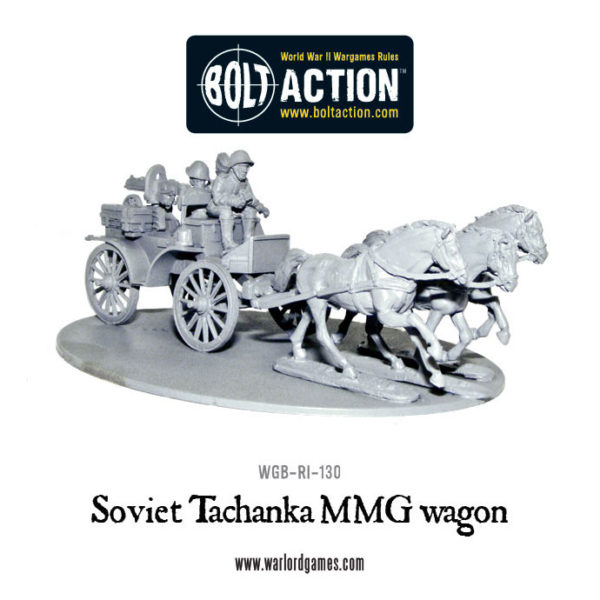 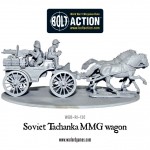 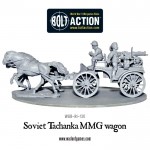 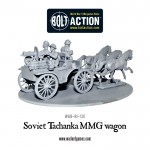 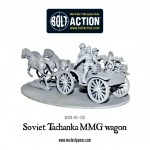 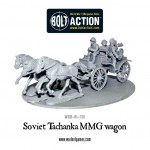 Although the Tachanka was incepted during the First World War on the Eastern Front it would be during the Russian Civil War where it was employed en masse, being field by both sides during that conflict.

The concept was typically Russian – simple and practical – in that it married a cart pulled by between two and four horses and mounted a medium machine during covering it’s rear arc. It could also be pivoted upwards to act in an anti-aircraft role.

The main purpose of the Tachanka was to provide the Soviet forces with some supporting fire that could keep-up with the Cavalry advance – the Tachanka was the simplest solution – and was fielded in large numbers to support the Cavalrymen, being used to great effect in the vast open spaces of the Soviet Union where mobility is so important.

The Polish army also had their variants of the Tachanka known as the Taczanka (it’s one of the laws of Physics that every Polish name has at least one Z in…) and would be used to good effect against their original designers during the Soviet invasion of Poland in 1939. Expect to see a Polish model before too long…

Our new resin and metal kit contains 3 crewmen and 3 horses. 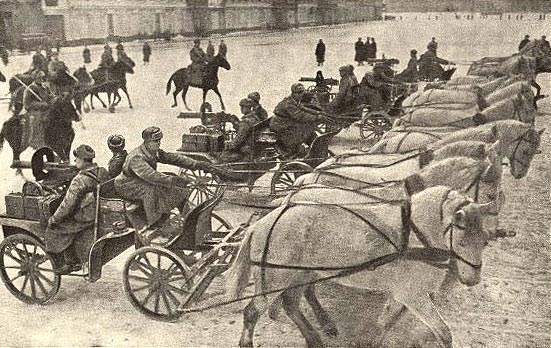 Rules for the Tachanka can be found in the ‘Armies of the Soviet Union’ book – so, whether you’re a fresh Red Army recruit, or a grizzled veteran of the Eastern Front – head over to the Warlord webstore and pick-up reinforcements –  the war’s only just begun! 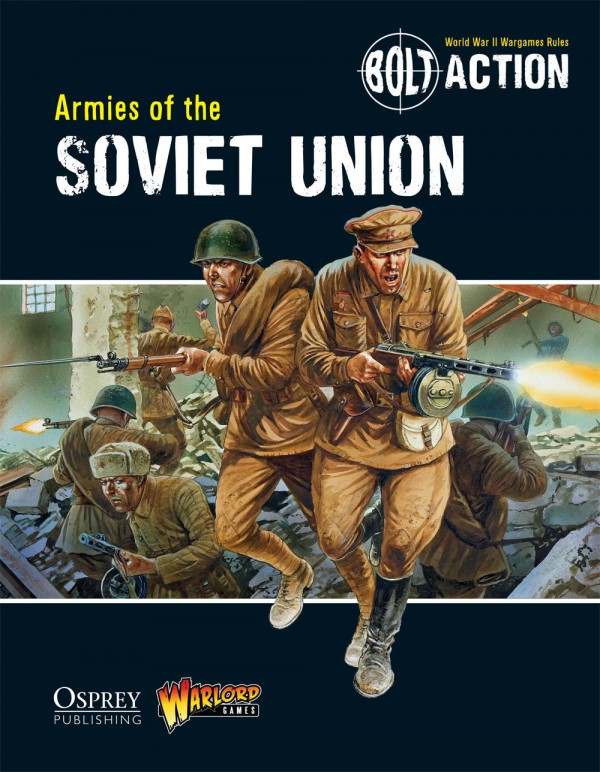