Take a quick wander across the Warlord Games site, and you’ll uncover all sorts of weird and wonderful staff projects… from murmurings of a huge Ratte Land Battleship being scratch-built as a project by the Mail Order team, specialist vehicle variants and bizarre converted creations from some of the manufacturing team, and all manner of hare-brained projects coming from way-out of the left field. 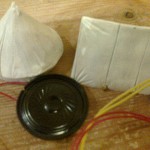 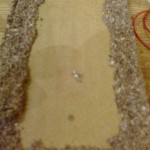 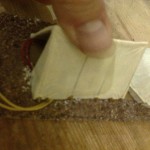 One of the usual suspects is none other than, John Stallard (we regularly feature John’s hobby antics and latest projects) and when he burst into our monthly Mail Order team meeting wild-eyed, singing about the possibility of creating a musical Napoleonic command base, we didn’t quite know what to make of it…

John freely admits to borrowing the idea from the creative mind of Ernest Baker who is very inventive with his tabletop lighting sights and sounds – so without further ado – take it away, John!

John: With a simple cardboard base covered in the usual mixture of basing material, and a couple of tents, I created a simple encampment scene. Then I had a technology-minded friend put together a simple electronic circuit with a sound chip and small speaker. As it turned-out, the bell-tent’s shape helped to amplify the music, which was an unexpected bonus!

The electronics fit snugly into the tents (the majority being housed in the ridge tent, with the speaker in the bell tent) and I’ve painted the wires white, so’s to disguise them as guy ropes. 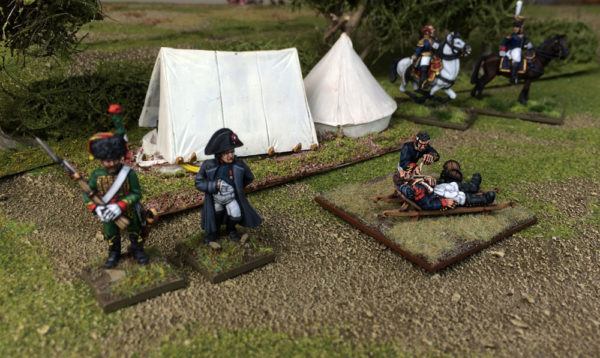 So – with the simple click of a button, I can have the triumphant sounds of ‘La Marseillaise’ singing-out across the battlefield. The chip plays for about 12 seconds before turning itself off, just enough time to irritate your opponents. I find a burst of the Marseillaise after a successful 12-pounder barrage cheers me up no end, but British players may not agree…

The chip can be simply reloaded with other sounds like MG42 fire for Bolt Action, or, most irritating, bagpipe music as it has a simple microphone built in – so find the sound you want on the internet, and with a click it’s done!

There is no end to the madness that is tabletop wargaming!