Beyond the Gates of Antares, Concord, Work in Progress

We’ve got even more eye candy from our up-coming science-fiction game – Beyond the Gates of Antares. This week we’ve got a preview of some hardware for the Concord Combined Command in the form of the Support Drones with Plasma Cannon and Plasma Light Support. 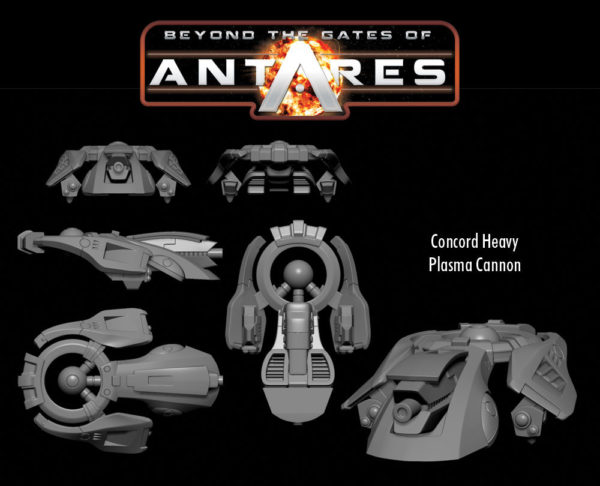 Plasma weapons are the most powerful hand-held weapons available to the military of the Concord, and due to their potency, they are most likely to be carried only by elite shock troop squads. Plasma weapons project an energy pulse powerful enough to cause an ionisation reaction at the surface of the target.

Because they are high-energy weapons, their effectiveness depends on the weapon’s conversion rate. This declines with long use, and more rapidly so without sophisticated routine maintenance.

Smaller Plasma weapons such as the Plasma Carbine fire a single shot referred to as a plasma bolt – however the larger support weapons known as Heavy Plasma Cannons provide greater range and power. 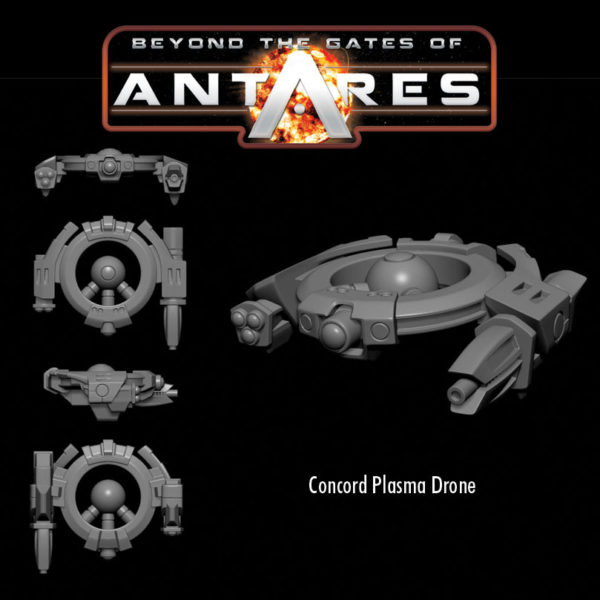 Concord and Isorian strike units often employ autonomous weapon drones armed with Plasma Support weaponry – giving them vital fire support without the need to endanger weapon crews. The drones are able to operate either ahead of, or in close support of the strike units as they launch attacks upon enemy positions.

Find out more about the Concord on our Beyond the Gates of Antares website or read game creator Rick Priestleys’s article on the factions waging war amid the Seventh Age.