The Sherman tank was the mainstay of the allied tank forces, made even more potent when they decided to stick a rubber ring around it! The Duplex Drive version of this famous tank was designed to enable the Sherman to traverse short stretches of open water between Landing Craft and the Beach – and would see service primarily at D-day in Normandy, particularly at Juno and Sword beach. 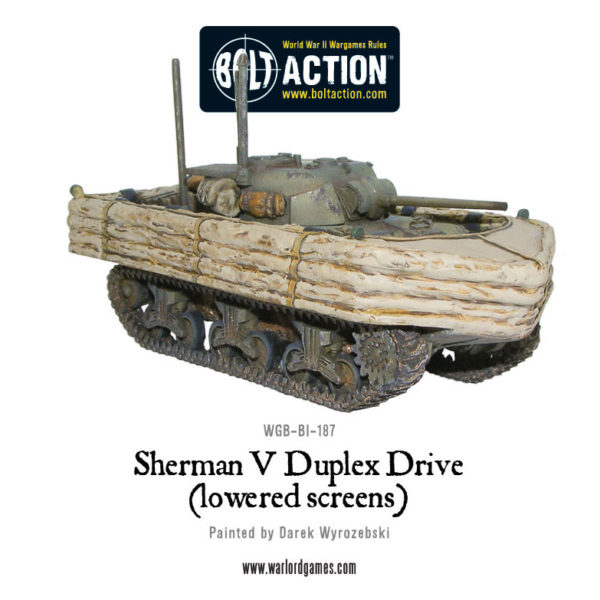 The tank was designed by Percy Hobart as vital support for the infantry landing at the beaches in Normandy. Hobart was a retired general that was brought back into service on Winston Churchill’s direct orders. He realised the huge threat that the infantry would face when they landed. The DD was meant to give them adequate protection, especially from the deadly German machine guns, bunkers and entrenched troops which awaited them.

The idea was that the Shermans would advance in front of the infantry taking on the bunkers whilst the men would shelter behind them. He then went on to create a series of odd looking tanks, designed to accomplish specific tasks and overcome the defensive obstacles which would stand in between the Allied soldiers landing on the Normandy beaches, and the liberation of Mainland Europe. 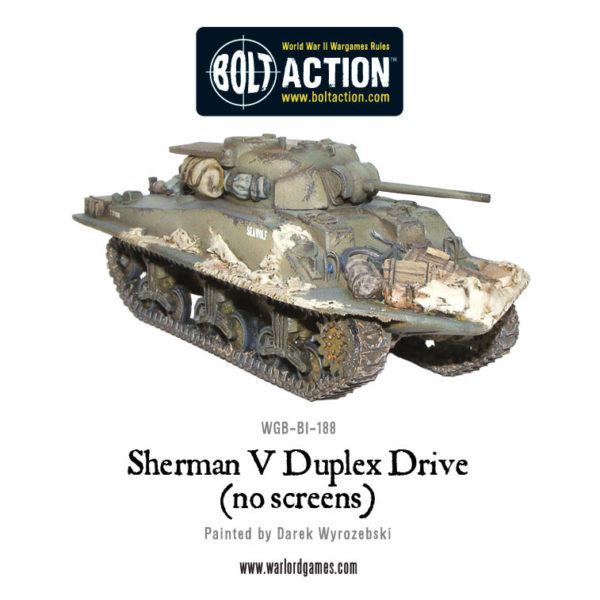 So – how exactly do you make a 30-something tonne tank float? – It fell to Hungarian inventor, Nicholas Straussler – who devised a collapsible flotation skirt which wrapped around the tank’s hull, which greatly increased the surface area between the tank and the water – and by doing so, Straussler proved that it was possible to make the tank positively buoyant. 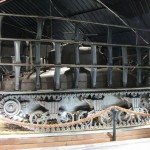 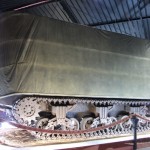 The Sherman was modified by sealing the lower hull, adding a steel boat-shaped platform directly onto the tank’s hull, and the inflatable floatation screen and inflation system – a number of air bottles and pipes which inflated the whole device to give it the rigidity it needed. The screen could be inflated in 15 minutes and collapsed just as quickly. 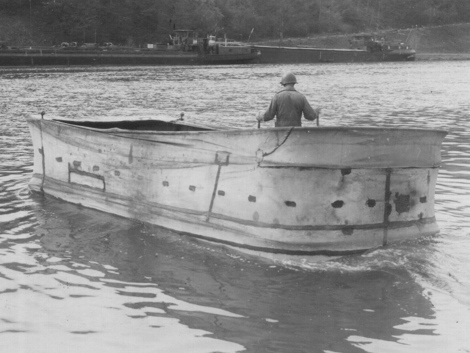 The flotation device was naturally considered expendable and could be taken off when there was the opportunity to do so. Many tank commanders actually kept the device on, going on to use it in further amphibious situations (crossing rivers on their way to Germany) giving a nasty surprise to the enemy! 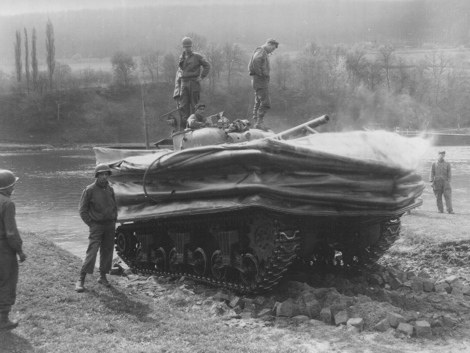 The vehicles were also equipped with small twin propellers, with which the tank commander could steer the vehicle. The DDs or “Donald Ducks” as they were also called could reach a speed of 4 knots in calm weather.

Once the tank had left the landing craft, the flotation device would inflate, giving it the buoyancy needed to traverse the short trip across the open water. However, the tanks had only been tested in calm waters, and once the water got a little choppy, the DD had real trouble trying to move inland. At Omaha beach, the tanks where launched too far out to sea, with the boats carrying them possibly too concerned with the incoming enemy fire, or perhaps not realising how far away they actually were from the shoreline.

The crews were equipped with breathing apparatus but stood no chance once any wave crashed over the skirts, flooding the tanks. Once swamped, the vehicle would have sunk in seconds taking the crew down with them.

Due to this, many of these tanks didn’t even make it to the land – the infantry deployed on the beaches came under intense German machine gun fire and suffered horrific causalities due to the failure of the armoured deployment. 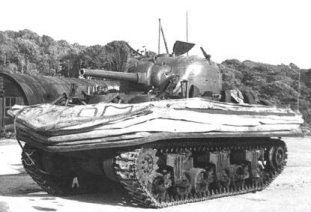 At Juno beach however it was a different story – with Hobart’s Funnies doing what they intended to do, inflating the skirts and floating onto the beaches – providing the infantry with invaluable fire support – the Shermans knocking-out the bunkers and armoured positions, while the infantry followed, pouring fire into the trenches and concealed positions – on the path to victory! 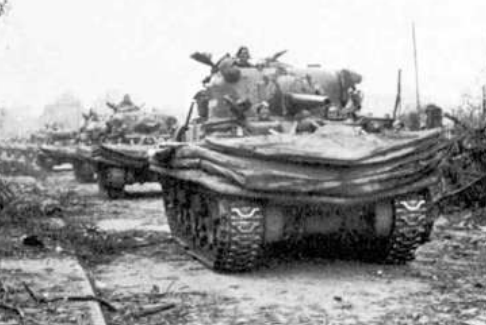 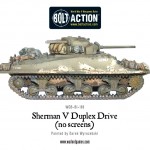 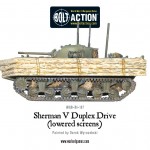 And – don’t forget that you can find rules for Beach Landing scenarios in the ‘Battleground Europe’ Theatre Book for Bolt Action! 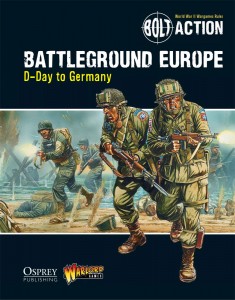 If you’re looking for further armoured reinforcement to storm the beaches of Normandy, there are more reinforcements waiting in the Warlord webstore… 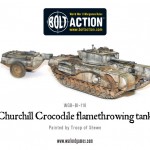 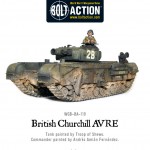 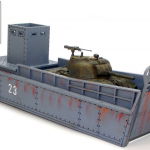 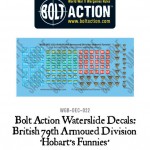