Blood Red Skies: The Focke-Wulf 190A

Jump into the cockpit of one of the Luftwaffe’s most advanced fighters and turn the tables on those pesky Spitfires! Enter the Focke-Wulf 190A! 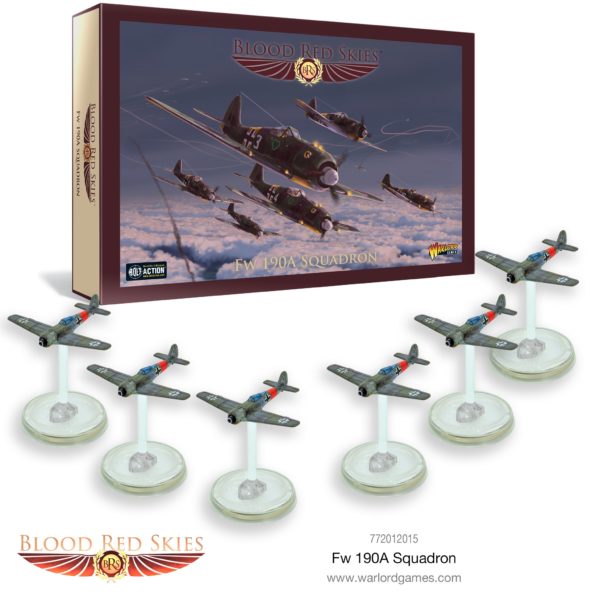 After his first design lost out to the vastly superior Bf 109, aircraft designer Kurt Tank and the Focke-Wulf company began work on a new fighter aircraft, that could augment the Luftwaffe’s existing fleet. To avoid draining already scarce resources, this new design would use radial engines, instead of the inline engines used by existing types of fighters and bombers.

Common thinking held that radial engines were unsuitable for fighters as they generated too much drag, but Tank observed the success of the US Navy’s radial-engined aircraft and improved upon it. During the first world war, Tank served with both the infantry and cavalry and had a deep understanding of the conditions military equipment would need to withstand. If the Bf109 and Spitfire were thoroughbred racehorses, requiring careful handling and upkeep, the Fw190 was a cavalry horse – designed to operate in tough conditions and keep going no matter what.

During World War I, I served in the cavalry and in the infantry. I had seen the harsh conditions under which military equipment had to work in wartime. I felt sure that a quite different breed of fighter would also have a place in any future conflict: one that could operate from ill-prepared front-line airfields; one that could be flown and maintained by men who had received only short training; and one that could absorb a reasonable amount of battle damage and still get back. – Kurt Tank

From its introduction in the summer of 1941 until the introduction of the Spitfire Mk.IX in late 1942, the Fw190 dominated European skies, proving to be superior in every respect except turn radius to the Spitfire MkV. The Spitfire’s only defence was to open the throttle and go into a shallow dive, forcing the German fighter into a tail chase. 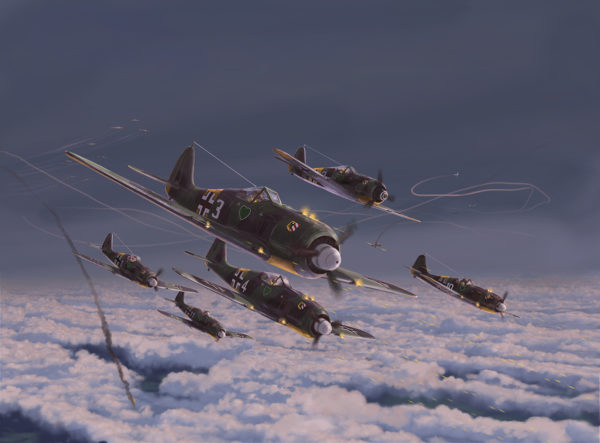 While the Mk.IX closed the gap, the Fw190 was an exceptional fighter aircraft, using its power and agility to pounce on unsuspecting opponents, shredding them with cannon and machine gunfire. Numerous modifications would be made to the airframe during the war, adding 30mm cannons and ordnance racks to increase its effectiveness against large bombers and on ground attack missions.