13th of June 1944. The Britsh have broken inland and are moving towards Caen. Armoured and mechanized elements of the 4th County of London Yeomanry (4CLY) and of the 1st Rifle Brigade, together with two Observation Post (OP) tanks of the 5th Royal Horse Artillery are advancing in column along the Route Nationale 175. Suddenly, they came under attack by three feared Tiger tanks belonging to 101st SS Heavy Panzer Battalion ambushing the column from nearby woods. The commander of the panzer unit was Michael Wittman, who in this action would knock out an unbelievable number of enemy vehicles, earning himself a place among the top tank aces of the war and confirming the Tiger-fear that Allied troops suffered from. 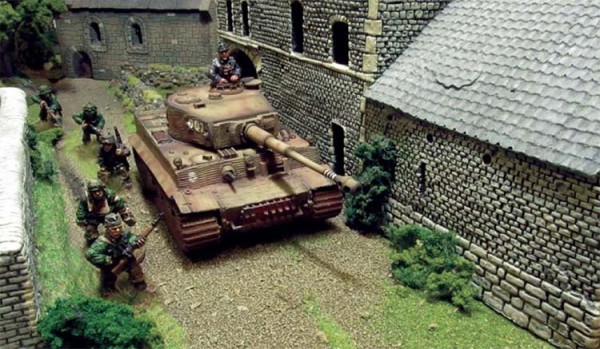 This scenario is designed to be played with armoured platoons with a total value of 1,500 points on both sides. Players can use normal armoured platoons selected from the appropriate books, using units that would have been available in Normandy in 1944, or can use the more historically accurate forces described below.

The German force consists of one armoured platoon commanded by Michael Wittmann Tiger I (page 38 of the Tank War book) and two Veteran Tiger I tanks. Wittmann’s tank has both the Command Vehicle special rule and a radio network.

The British force consists of any number of armoured platoons chosen from the Armies of Great Britain, to a total of 1,500 points. The only armoured vehicles that can be included in the force are the following: Sherman VC Firefly (max three), Cruiser tank MkVIII Cromwell, M3A3 Stuart V, M5 halftrack, Bren Carrier. The only artillery units allowed are QF six-pounders. The only infantry squads allowed are Regular or Veteran infantry sections (Mid and Late war). Soft skin vehicles, infantry teams and HQ units are as normal. 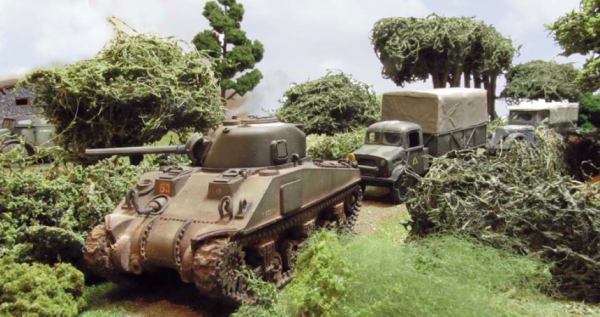 A village follows the road running east-west, from the west table edge to the crossroad. Place your buildings along the road, as many as you have available. If you aren’t blessed with that many buildings in your terrain collection then ruins can be substituted instead. Ideally all buildings should be brick or stone built, but some wooden ones can also be used. Place the buildings 3”-6” apart on both sides of the road to create a long, thin village. A few building can be placed in the same way on the east of the crossroad, but not too many.

The rest of the table should be a mix of wooded terrain and fields surrounded by hedges or bocage, representing the countryside surrounding the village.

The British player must deploy first. Half of the units in their force (rounding up) is deployed on the east-west road, within 6” of the village buildings. This half of the force must consist as much as possible of armoured vehicles. The remaining units not deployed at the start of the game are in reserve (see reserves page 119 of the Bolt Action rulebook). Once they become available, they enter the game coming from the west along the east-west road.

The German player may then deploy Wittmann’s Tiger (or 50% of the units in their force if not using the historical participants) south of the east-west road and east of the south-north road, exactly 18” from both roads. 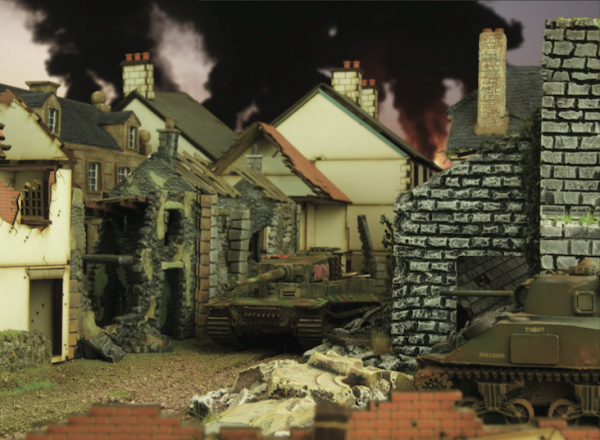 The two remaining Tigers (or 50% of the units in their force if not using the historical participants) are in reserve. Once they become available, they enter the game coming from the east along the east-west road.

As the advancing British column was ambushed by Wittmann and taken completely by surprise, Wittmann (or the German forces that are deployed) get to execute a single order before the game starts.

Both players are trying to inflict maximum damage on the opposition.

At the end of the game calculate which side has won by adding up victory points as follows. Players score 1 victory point for every enemy unit destroyed.

If one side scores at least 2 more victory points that the other then that side has won a clear victory. Otherwise the result is deemed too close to call and honours are shared – a draw!

Don’t forget that you can get our Michael Wittman miniature as part of our recently released ‘Tiger Zug’ set – which can be found on the Warlord webstore! 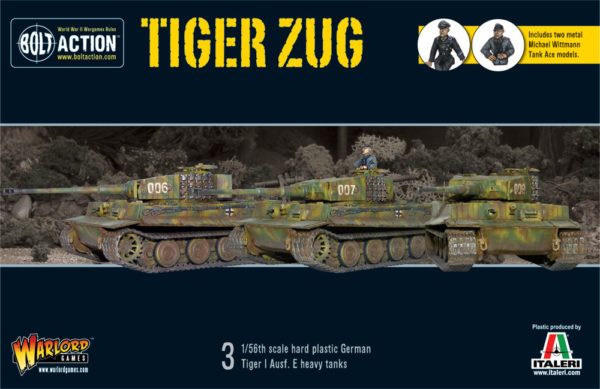