Special: US Truck, Infantry and AT Guns!

Have you wondered where to start with your US armoured support platoon? We’ve assembled some easy-start units with their transport ready for action: 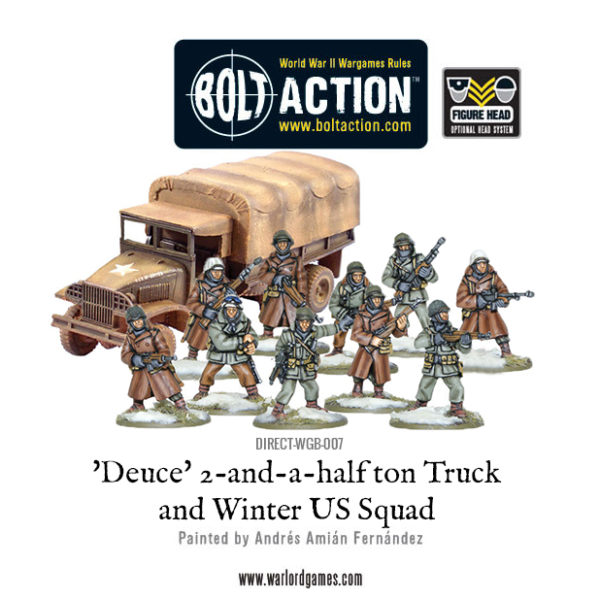 Sometimes referred to as the ‘deuce and a half’ the 2½ ton truck was the standard US general purpose army cargo truck used for haulage as well as troop transportation and as a prime mover for howitzers and anti-tank guns. Nicknamed “Jimmy” at General Motors, over 800,000 were built and these vehicles contributed enormously to the Allied victory. Here it comes with the US Winter Infantry squad ready for action! 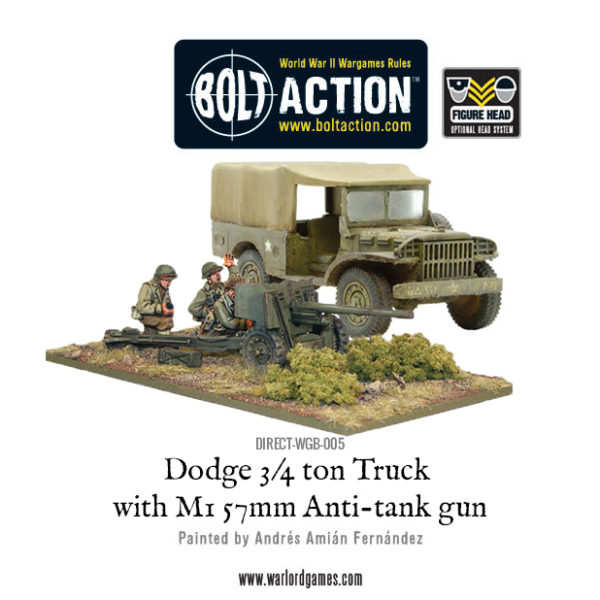 This light 4×4 truck was used for as a staff vehicle for high-ranking officers, weapons carrier, and in a variety of non-combatant roles such as ambulances and signals trucks. They were known as the WC series ‘W’ being the letter code for 1941 and ‘C’ designating the ½ ton truck – the same designation was retained for the ¾ tonner. They were also referred to as ‘Beeps’ or ‘Big Jeeps’. Although some were use for reconnaissance, the ¾ tonner was mostly used in the transport and tow configurations. 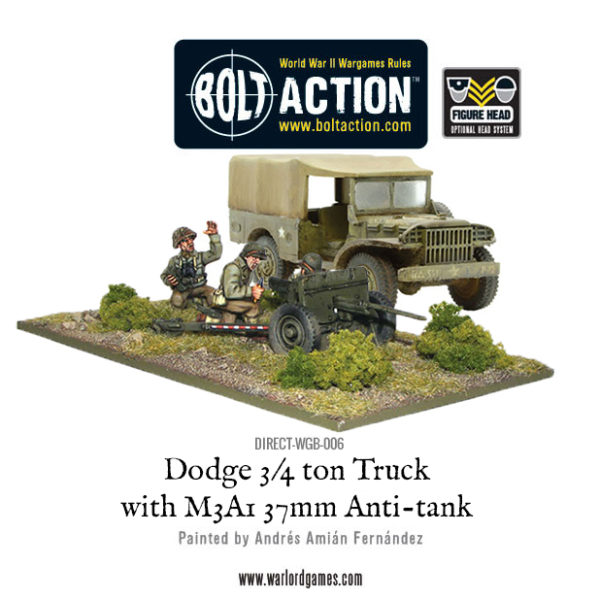 This little combo allows those of you who like to convert your pieces to take a step further – instead of towing your AT gun why not pop it on the back of the truck portee style and you’ll have the M6 Gun Motor Carriage GMC. The M6 GMC mounted a rear-facing 37mm anti-tank gun on the bed of a Dodge ¾ ton truck. It was the first tank destroyer to be used in the Tunisian campaign. The truck’s complete lack of armour and the small calibre gun made it less than ideally suited to its designated role, but over 5,000 were built as a stop gap measure. 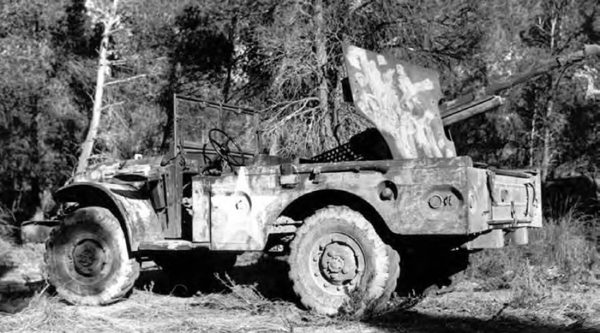