What ever next? Three wise men?

No – some Auxiliary Camel cavalry to patrol the vast reaches of the Roman Empire. 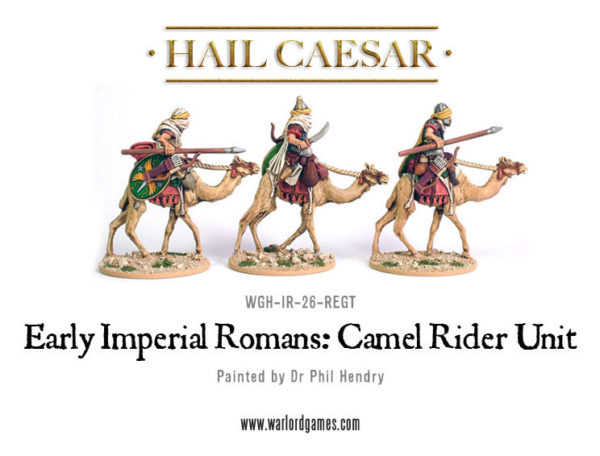 Dromedarii were camel riding auxiliary forces recruited in the eastern, desert, provinces of the Roman empire. The best-known unit was the “ala I ulpia dromedariorum milliaria” (The Ulpian Wing of Camel-riders, One Thousand strong), raised by the Emperor Trajan and stationed in Syria. Roman ‘mixed’ auxiliary cohorts (cohortes equitatae) in the East often contained some dromedarii – about three dozen in the case of cohors XX palmyrenorum equitata stationed at Dura Europos in the early Third Century.  A few would be sent out on patrol with the infantry and cavalry.

We are not entirely sure how these fine fellows were dressed, but Warlords’ take on them is more of an ancient SAS long range desert patrol.

Robed against the beating sun, cluttered with amphorae and water skins, these fellows are tooled up for business, be it dismounted skirmishing or a full bloodied camel charge! 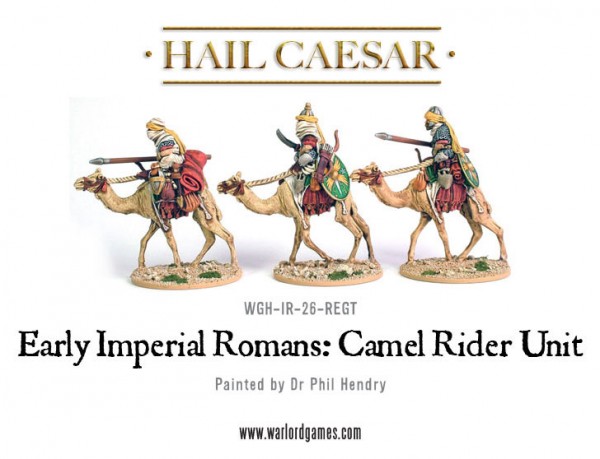