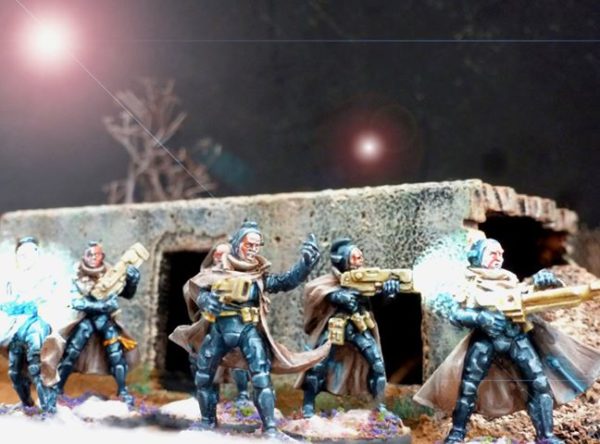 Volley Fire Painting Studio’s brushmaster, Andy Singleton has been eagerly preparing his forces for the up-coming release of Beyond the Gates of Antares. No only has he been gathering reinforcements for his Concord force (as shown off in this article) – but the forces of the Freeborn have also been sighted upon his painting desk… 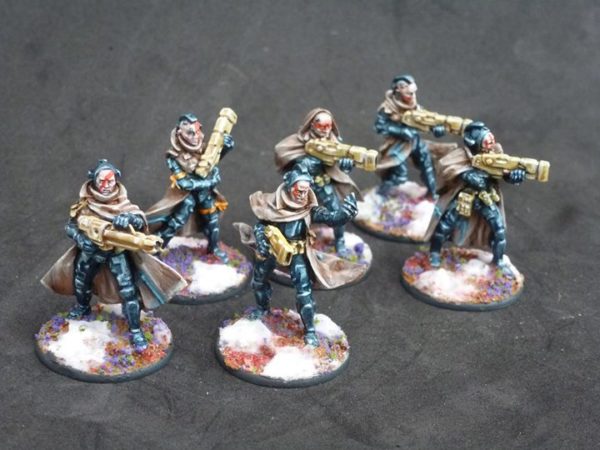 Andy: I decided I initially wanted my Freeborn to be a part of my Concord force, and as such wanted to go for a colour scheme that in some way linked to them. As my Concord have pale blue green armour I didn’t want to directly repeat that, so I did these with a dark metallic blue. 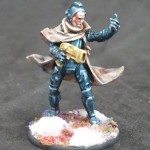 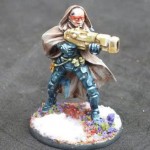 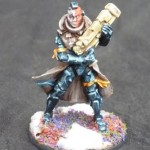 To contrast the blue, they have a dull yellow tone for their weapons to give a utilitarian feel, and the capes are again a dull colour, although I thought it’d be fun to have some lighting effects from the energy fields incorporated into them. Warpaint being cool, these cheeky chaps and chapesses needed to have some too! 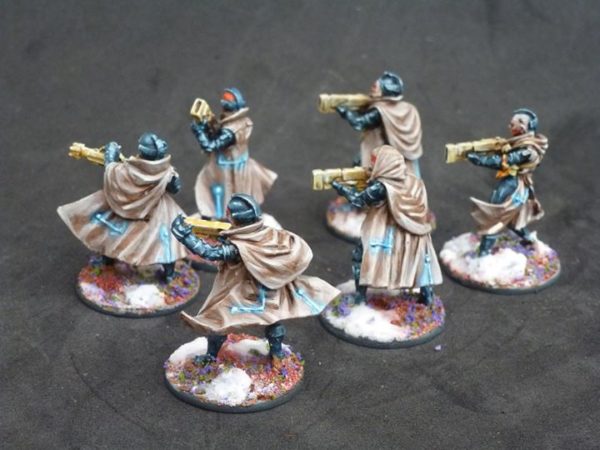 These figures were an absolute blast to paint, and I really think they will be expanded into a full army, as just these 6 have an awesome presence on the shelf, so an entire army with gubbins, characters and all the varied units the Freeborn get will be truly striking. Saying that I’ve had a few thoughts on Ghar Battlesuits recently, and also the Isorians have me pondering some broody and menacing colour schemes. Then there are the Algoryn, and the Boromites…. 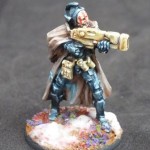 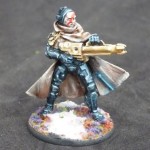 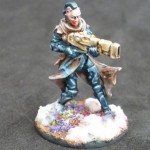 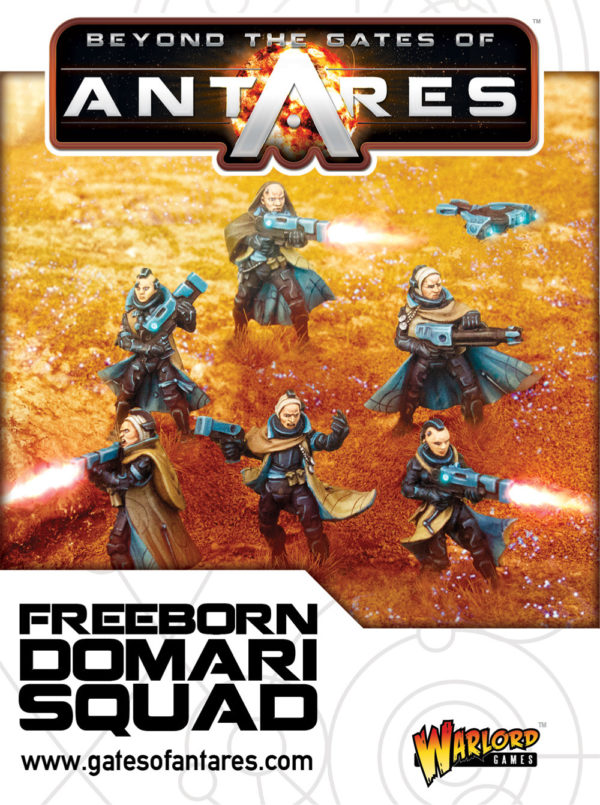