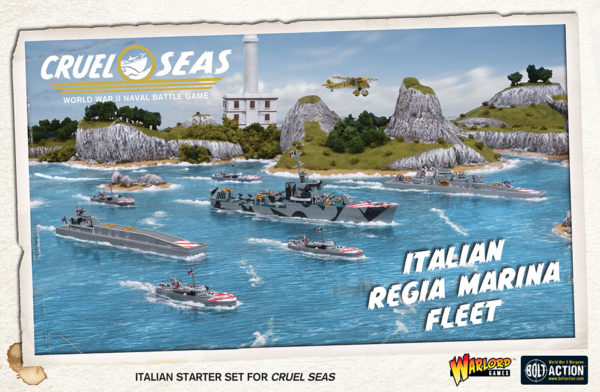 The Regia Marina was confident, had indisputably the most handsome ships in the world and referred to the troubled waters of the Mediterranean as Mare nostrum(our sea). By the start of the war, as well as capital ships, it fielded 59 destroyers and 67 torpedo boats, a fast class of small destroyers

In May 1942, at Germany’s request, the Regia Marina deployed four 24 tonnes Motoscafo Anti Sommergibile, or MAS boats, six CB midget submarines, five torpedo boats and five explosive boats to the Black Sea, and appear to have done well against merchantmen, barges and even a cruiser.

One exotic posting for the Italian light fleet was an expedition to Lake Lagoda and the Leningrad Siege. Four MAS boats, naval detachment K, teamed up with German and Finnish forces to blockade Russian forces. MAS boats 526, 527, 528, & 529 took part with minelayers, Siebel ferries and Finnish patrol boats, the whole force titled Einsatzstab Fahre Ost, a fascinating flotilla to collect and game with!

The Italians favoured their fast small boats, typically the MAS boats ( Motoscafo Anti Sommergibile) weighing in at between 20 and 30 tons, smaller than most other nations small craft. They were, however, good boats and gave the Allies a tough time. They had a ten-man crew; their principal armament was two torpedoes and a 20 mm Breda A/A on the rear deck. They were fast, very fast and could make up to 45 knots, outrunning all PT boats and British MTBs. By 1940 48 of the MAS 500 class were available.

Another excellent maid of all work for the Italian fleet was the Gabbiano-class Corvette. At 660 tons they carried a 100 mm main gun forward, three 20 mm A/A and four 20 mm in dual mounts. They were also equipped with two torpedo tubes. These were excellent ships, well-built and pleasing to the eye, not fast (18 knots at best) but with good tactical options for a good commander.

An Italian coastal force is an attractive force to collect. The MAS boat, your main strike force, must use its speed and small size to survive, but although lightly armed and fragile, they are inexpensive boats to add to your fleet. Overwhelm them with numbers and manoeuvring, then hit hard with your torpedoes 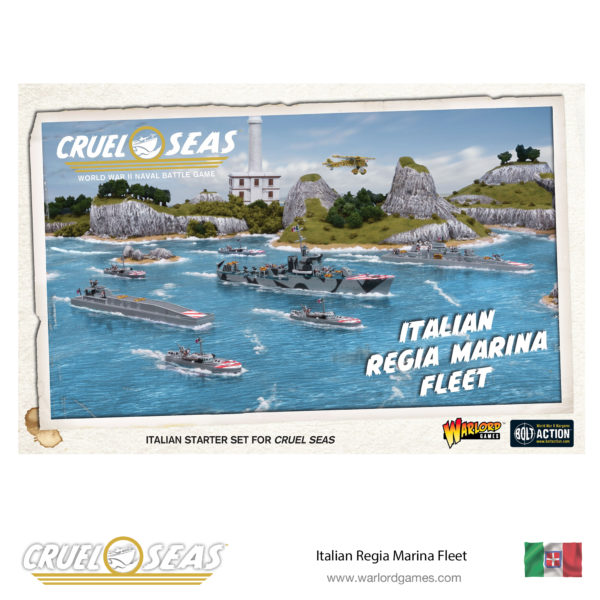