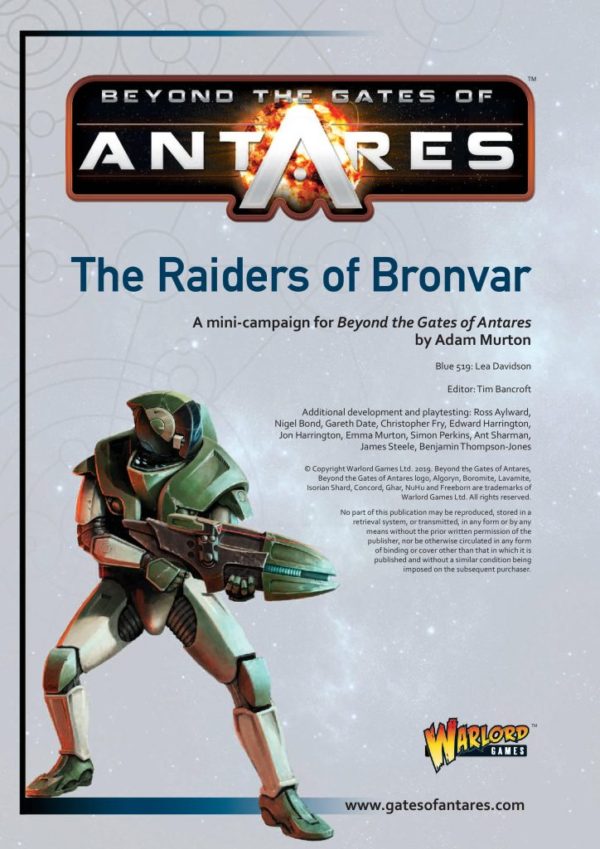 In the early days of Antares, Adam won a scenario competition with this series of linked scenarios; after being buried in the vaults of a lost orbital for aeons, the campaign has recently been rediscovered and presented as a player/fan contribution to the universe of Antares!

The recently discovered planet of Bronvar and its profitable mines have been beset by raids from a renegade Freeborn domas, that of Braccus Hajonne. Thrown out of House Cadix after he refused to accept their new, financial strategy, Braccus was forced to try and make ends meet in other, more unsavoury ways.  He has caused a nuisance to the Bronvar authorities and the Boromite Shakor Mining Guild by raiding their mines and carriers, so much so that the authorities have asked for help from their nearest Concord shard: Blue 519.

The campaign covers the moves by the Concord and Boromite mining guilds to capture the raiders. It is in five stages, each based around the movement of transports and goods on the surface and, in one case, a corral of transports protecting an ancient artefact! Each scenario leads to a final showdown – the capture of Braccus Hajonne himself in caverns in the Bronvar wilderness.

What’s in the Bronvar PDF?

The PDF is 17 pages and contains the following: 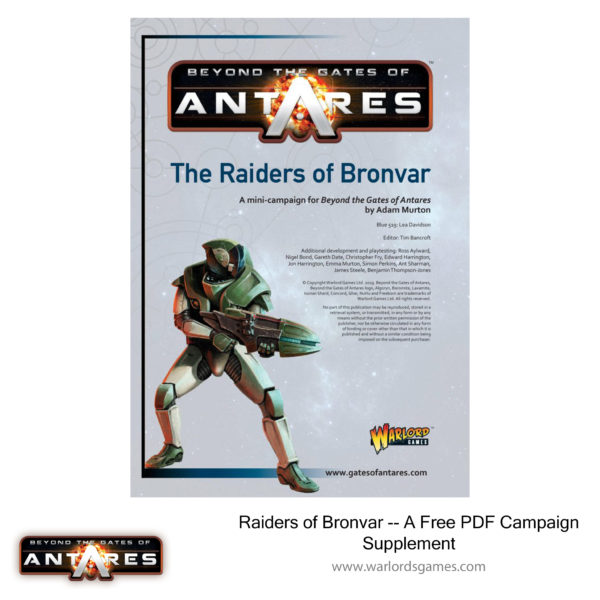