For Warlord Games Romans of course!

Updated 16/10/08 – Priestley’s still at it! We thought he was finished, but he’s just begun! Infamous games designer and author extraordinaire Rick Priestley has sent us even more images of his painted and converted Imperial Roman Legionaries. Who knew he had so much time away from swamping out the coops?!? 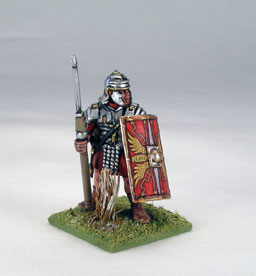 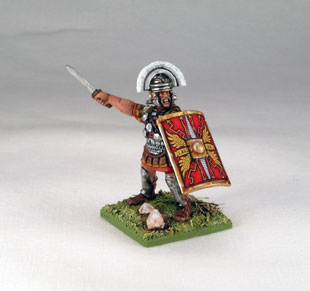 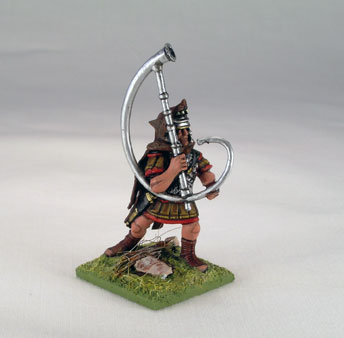 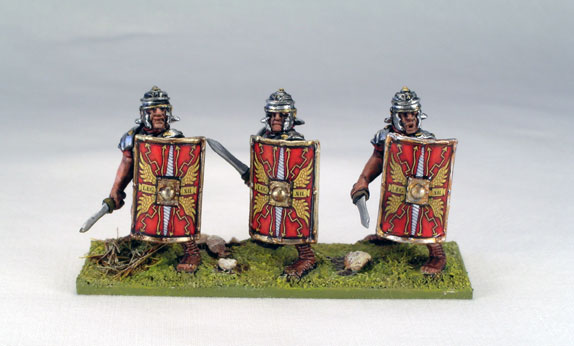 Anyone who’s pushed little metal or plastic soldiers around a tabletop and rolled dice to ensure glorious victory or abject defeat should be familiar with the veritable man-mountain of game designing ingenuity known as Rick Priestley. His accomplishments at Games Workshop as well as his independent work such as co-authoring Blackpowder more than speaks for itself. Now Rick is a mate of ours, so when we discovered that he was painting and converting some Warlord Games Imperial Romans, we assaulted his chicken-infested homestead with torches and pitchforks to demand some photos for the Warlord web site.

As you can see, Rick has done some fine work with his paintbrush, and although the pictures make it difficult to discern, Rick has done quite a good job converting all of his models to stand side-on in dead proper regimental formation. If you feel that your sanity is up to it, and you’d like a look inside the mind of an eminent games designer like Mr. Priestley, we advise you with some trepidation to visit his web site at www.rickpriestley.com/. There you’ll see a bit of the menagerie Rick maintains at his residence as well as a fine assortment of gaming goodies for Warmaster, Warmaster Ancients, and more.