The horsemen of Numidia in Northern Africa went from being enemies of the Roman Empire to being conscripted by Imperial Rome as fast-moving and highly effective skirmish cavalry. Wielding light javelins, small cowhide shields, and small but speedy ponies without saddles, these Berber tribesmen were respected by Rome whether they were allies or opponents. 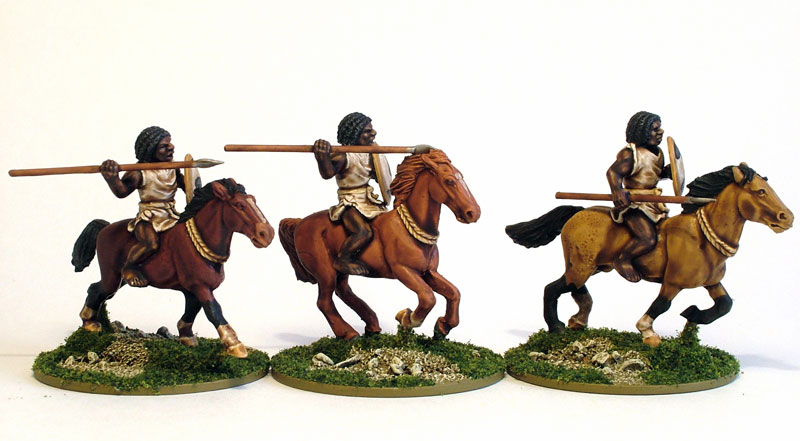 These excellent, all-metal cavalry models are perfect for representing Numidian allies for an Early Imperial Roman legion or can serve equally well as Moorish/Berber opponents for a variety of different ancient armies. 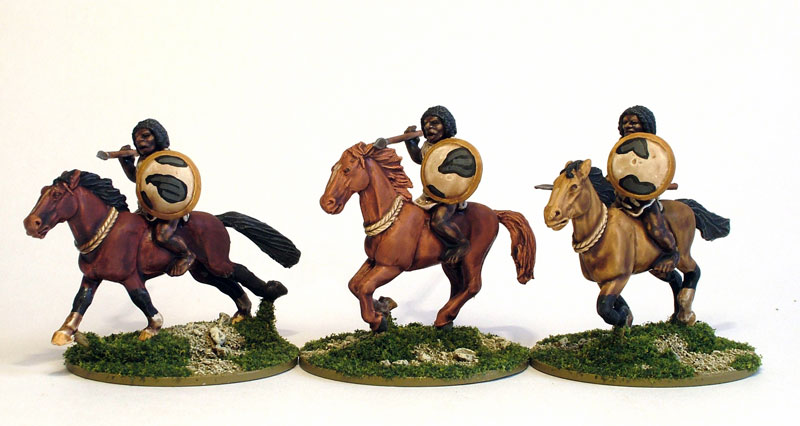 Our Numidian Cavalry are now available in the web store as either a 3 model cavalry pack or an army-sized 10-model cavalry regiment. Add the hard-hitting equine power of Northern Africa to your Roman legion today!