Thundering into Warlord HQ and a store near you are the heavy cavalry of the Pike & Shotte period – the Cuirassiers! If Dragoons a bit lightweight for your mission and regular cavalry hasn’t got enough punch, you need big blokes in plate armour atop huge warhorses! Cue the Cuirassiers. 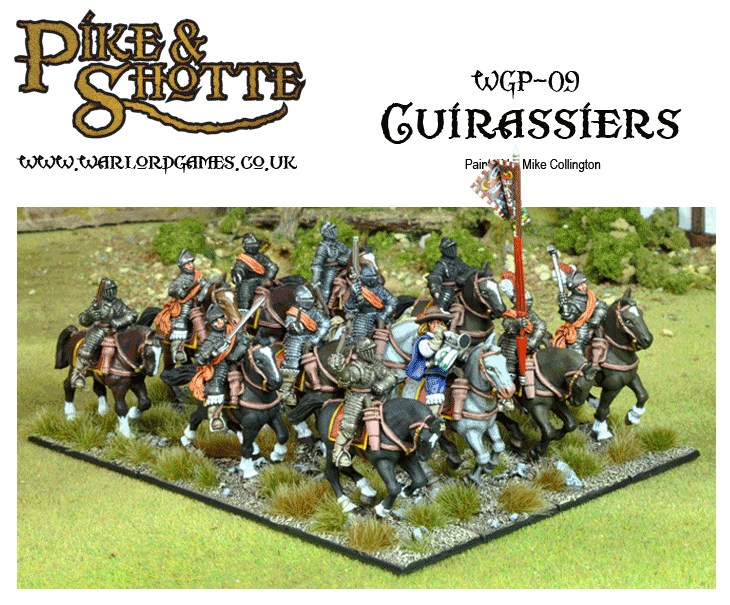 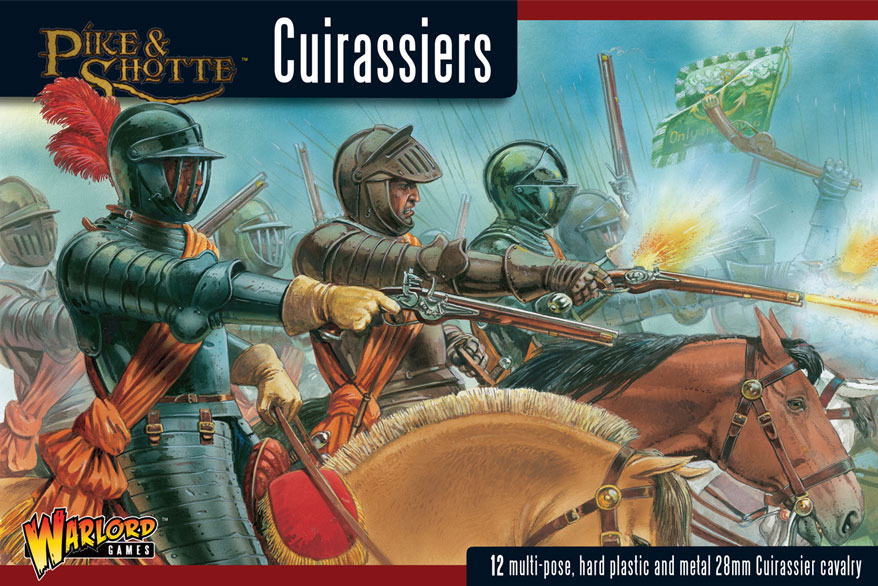 The term Cuirassier literally translates to “one with cuirasse” (imagine that) which refers to the heavy breastplate which they wore. Well armed and obviously well armoured, these mounted cavalry could be a devastating weapon on the battlefield when deployed skillfully by their commander. 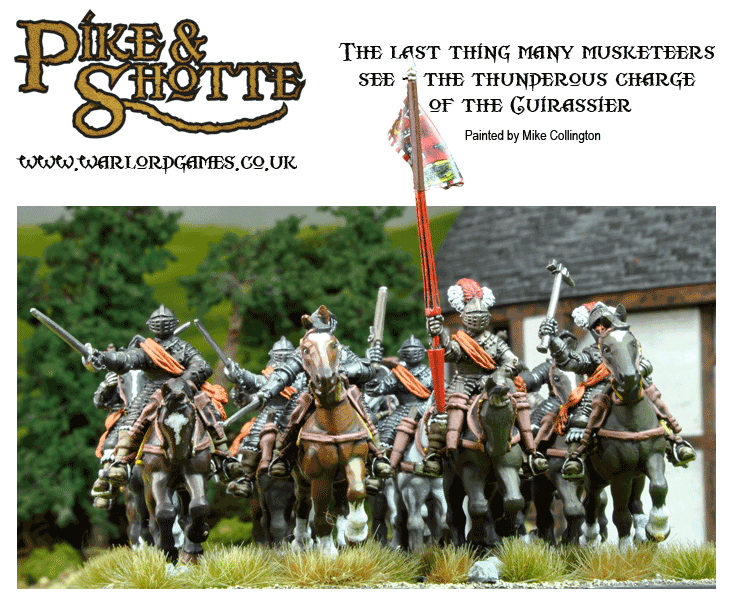 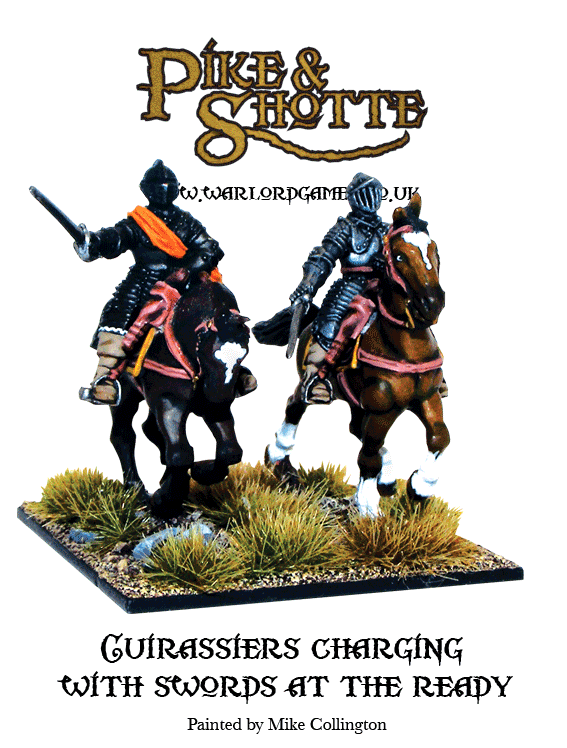 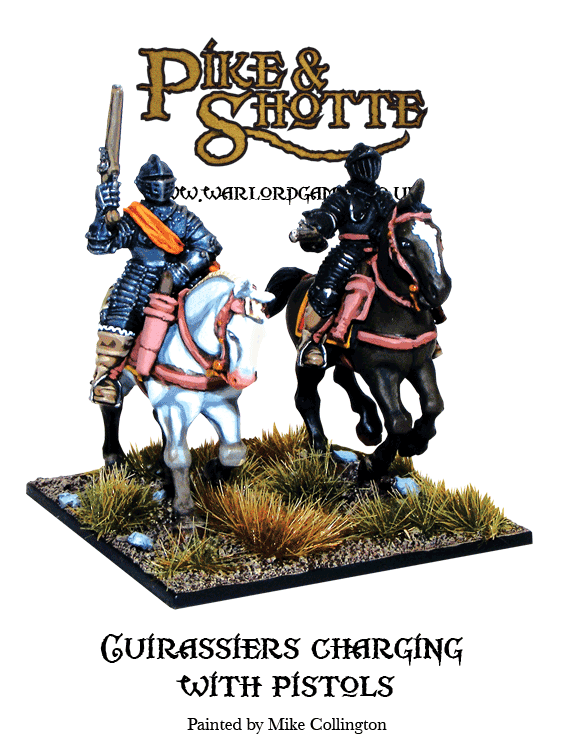 As usual we’ve chosen to depict our Cuirassiers in dynamic poses which gives them a sense of motion and momentum which is suitable for such an exciting and elite troop! The primary armament for these cavalry was a pair of pistols which could serve equally well as bludgeoning weapons in desperate times or when ammunition ran low. A warhammer known (oddly enough) as a horseman’s pick and a sword could also be employed on the battlefield. 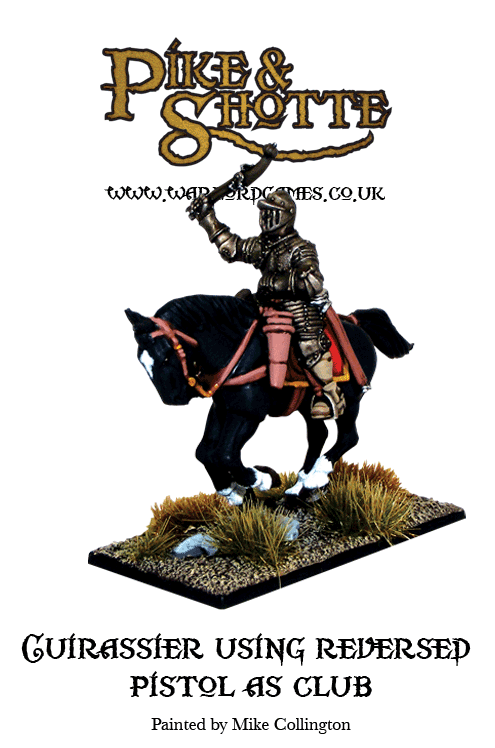 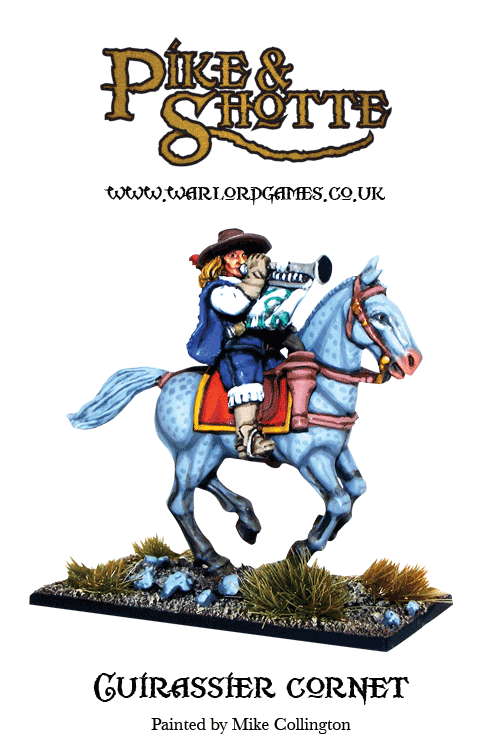 Our Cuirassiers are available now. Get on over to the Warlord webstore to get them for your army!