Advancing through the lanes and byways of France comes the unique M8, field a full Cavalry Reconnaissance unit with the US Armoured Car Squadron. 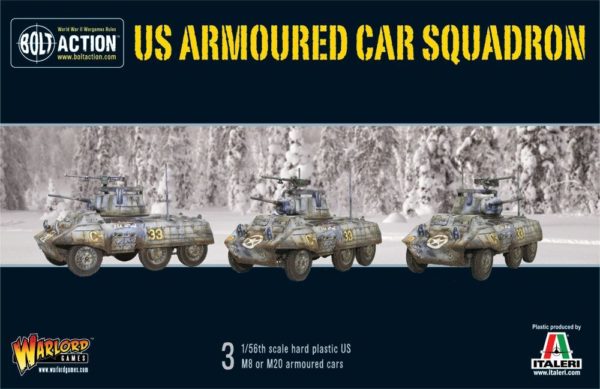 This set allows you to send forward your reconnaissance force for tank war, the M8 being the only armoured car used by the US army in combat. 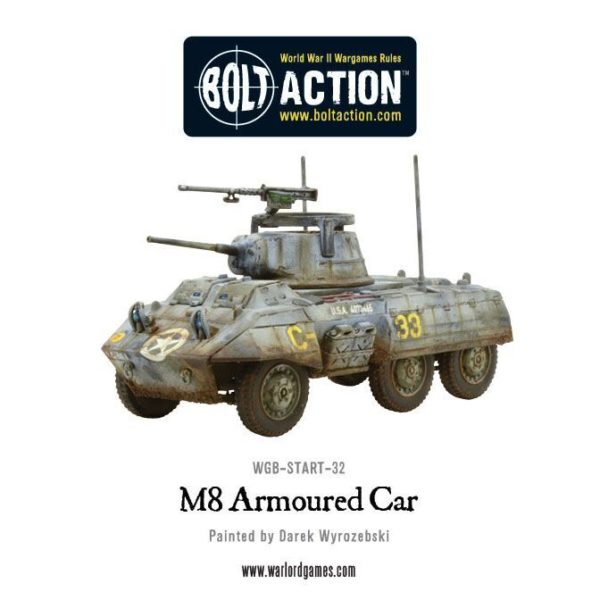 In contrast to many other nations the US developed just the one type of chassis for the role of reconnaissance, destined originally for the tank destroyer units it was eventually issued primarily to the cavalry squadrons. 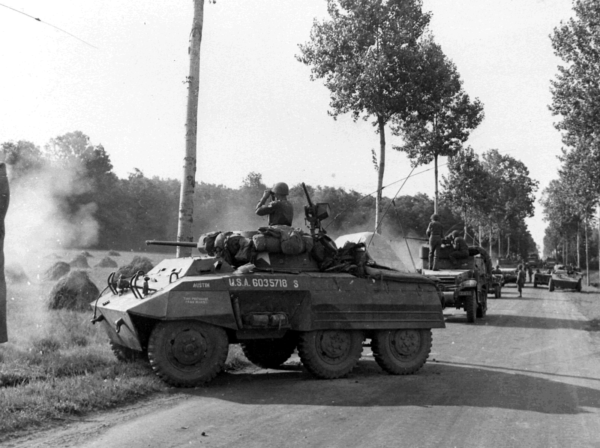 In conjunction with the M8 the M20 utility car was also developed into a command variant in many cases.

Appearing in late 1943 in Italy to a baptism by fire on the roads to Rome, the cavalry squadrons gave the tactical commanders a unique unit offering a mix of speed and firepower. This led to the squadrons becoming the core of small, task specific, forces consisting typically of engineers, tank destroyers or self-propelled artillery depending on the mission. 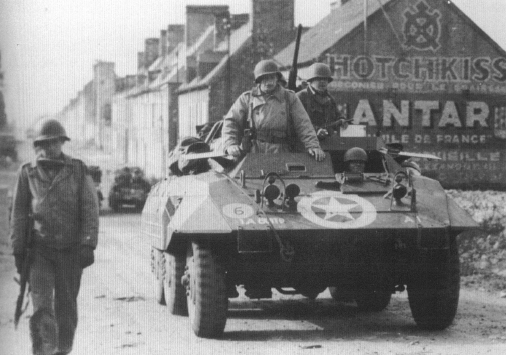 This kit will allow you to build both the M8 with its familiar turret and 37mm gun as well as the M20 utility. General Patton used these able vehicles to screen the main force as he drove his Sherman’s into the heart of France. 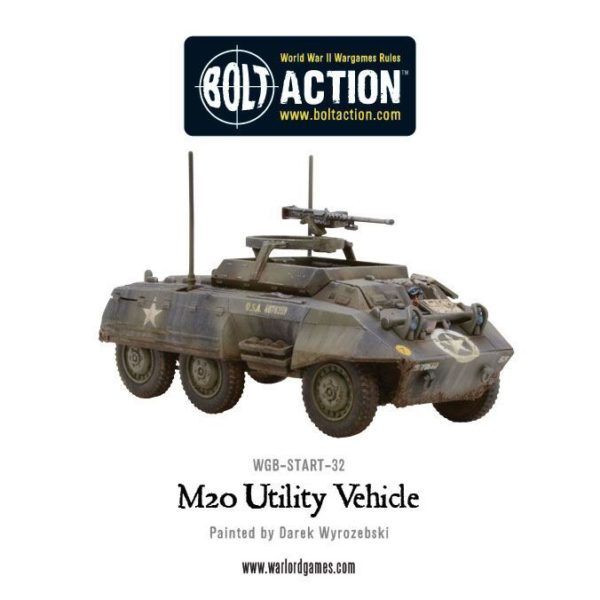 The M8 Cavalry Squadrons also took on the roles that can be tactically employed in Bolt Action and Tank War, screening the flanks and harrying weaker points in the enemy line.
Could you be a cavalry commander in the making? Will you reach the renown of other cavalry commanders such as Patton? Make this set a mainstay for your army, build your force around this core set and on to battle.

Check out this home video of a US Cavalry Reconnaissance squadron reenactment group on the move in France, just imagine the sight back in 1944