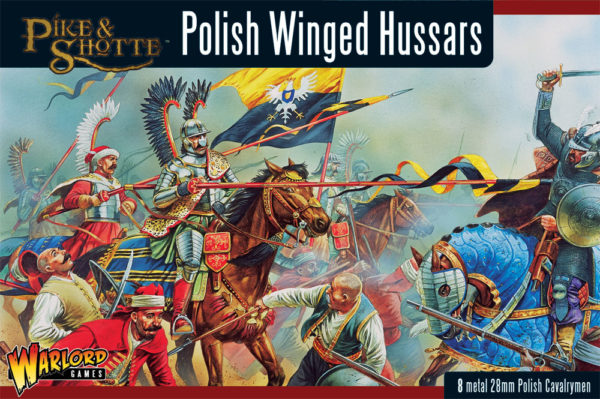 The Union of Lublin in 1569 created a political union of the Kingdom of Poland and the Grand Duchy of Lithuania which became known as the Polish-Lithuanian Commonwealth. This new political entity created one of the largest states in Europe and a potentially formidable army. The new state was at the nexus of eastern and western Europe and had Islamic influences to its southern border. This influence on its armies helped to develop the legend that became the armoured hussars.

The first hussars in Poland appear in December 1501 as hussarorum alias raczew. Rychard Brzezinski believes that the origins of the name hussar goes back to Byzantine light cavalry called chosarioi recruited from Balkan people – especially Serbs. The Serbian name for themselves was gusar.

Hussars were raised and organised as state troops beginning in 1563. In addition to state hussars, there were also Court or Guard troops, the number varying between 600 in 1609 and 460 in 1651. Units of Polish hussars eventually took on the air of elite cavalry that would be sought after. From the Thirty Years War until the Saxon period, Polish lancers were hired outside of the Commonwealth as well as employed within. Colonel Krzystof Szczodrowski recruited Polish Cavalry for Wallenstein in 1633. 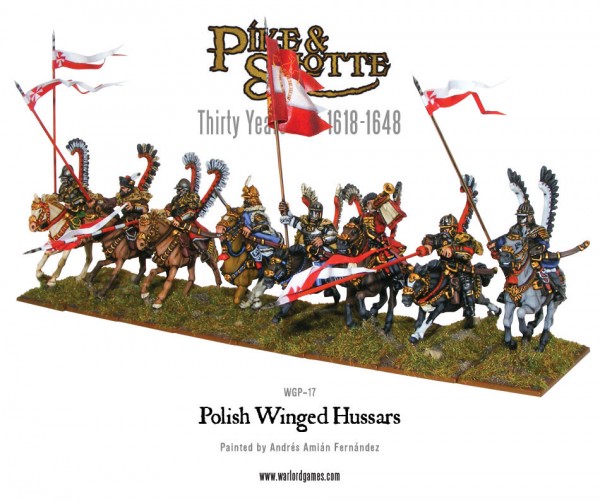 In 1600 Hussars formed 75% of the Polish cavalry, but by the 1630s, as firearms and cannons became more prevelant, this reduced to around 30%. The remainder was formed from light and medium cavalry. The word pulk became the name for a regiment.

Rotas (companies) were made up of 50-200 cavalrymen. Originally the size of the rota varied and several were often combined into a banner (called a choragiew). By 1600 both terms were equivalent of a company.

The captain of a company was the rotmistrz (master of the rota). A rotmistrz raised the company and was initially responsible for its set-up. The rotmistrz was assisted by a porucznik (lieutenant) who was either elected by the ranks or later appointed by the rotmistrz.

Each company consisted of a ‘companion’ (towarzyszc) and two-three ‘retainers’ (poczet) which was considered a ‘retinue’ (Pacholiks). By the 1630s the porucznik exerted actual command of the unit. Assisting the porucznik was a deputy lieutenant called a namiestnik (place holder). The standard bearer (chorazy) was selected as a badge of honor from the younger towarzysz.

In 1605 units had six musicians out of one hundred men that included kettledrums and trumpets. Hussars initially bore the cost of equipping a solider. They then received pay and supplemental income from war booty. The length of service was three to five years. 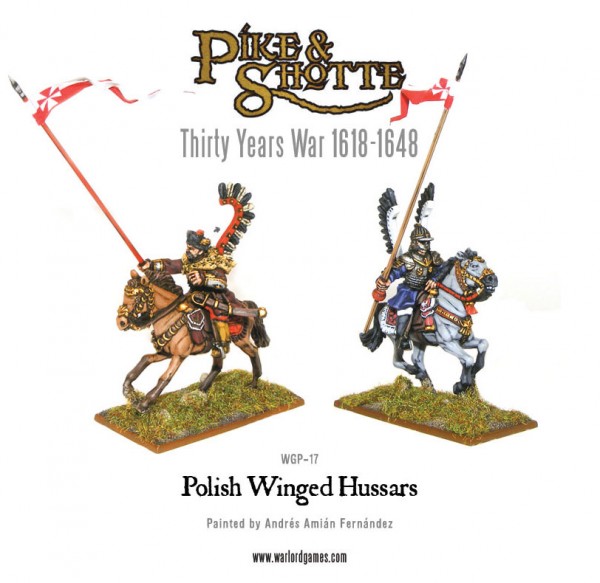 Full plate lancers were abandoned by the later part of the 16th century. By 1550s horse armour was abandoned and lighter armed Serbian Usars and Hungarian Hussar style was adopted with a mail shirt, helmet, two swords, lance and, early on, a shield. Shortly thereafter shields were abandoned and breastplates were adopted. By the end of the 16th century/early 17th century lancers adopted metal cuirass, arm guards, nasal guard on the metal helmet, two swords and lance as standard equipment. Hussar armour was burnished rather than blackened, often with brass fittings and details.

The hussar helmet (Szyszak) was a ‘pot’ style steel affair with a ‘lobster’ tail, cheek guards, nasal protector and bronze fittings. Pacholiks were given cheaper helmets such as a kapalin (capellina – Italian for hat) or pot helmets. The hussar helmet could be adorned with feathers or plumes on the nasal, top or neck. This was more prevalent in the early part of the 17th century than later. Hussars originally wore full length mail shirts. Arm guards (karwasze) eventually were used when mail shirts went away. Pacholiks might have mail armour or just cuirasses, as well as a fur cape. As a result of the war with Sweden in the 1650s Hussars lightened some of their armour.

A cape was made of felt, lynx- or wolfskin. Many of the felt capes were highly decorated and stylised with stripes or geometric designs. Some hussars wore burka capes made of camel hair where the hair was on the outside. 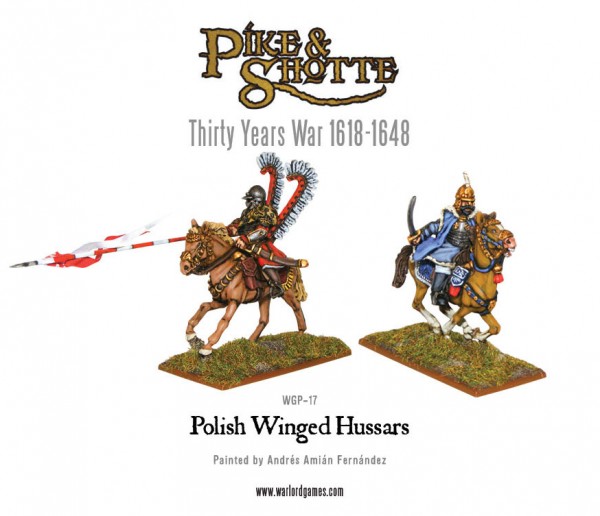 The hussar uniform was originally based upon Hungarian dress, adapted to Poland’s climate by making it warmer and longer. In the cavalry, red was used by the upper nobility with other colours worn by lesser nobility including green, buff, black, pink, orange and brown. Retainers would have coats in similar colour as the towarzysz. They would have karczma caps of blue or red with lamb’s wool band in white or grey. Capes varied from plain woollen or woven felt to more exotic pelts for more elite units that include tiger, panther, wolf, leopard and lynx.

In some 17th century paintings of hussars they wear capes in bright colours and stripes in the style of Navajo blankets. Woollen capes called kilims or welens had a base colour with stripes of various colors and widths. They varied from being brightly coloured to some pacholiks with single colours such as white. The hussars of the Voivode of Sandomierz reportedly had plain red kilims. Boots would be ankle or calf high and mainly yellow with some pacholiks having red or brown. Hussar trousers would be blue, green, brown or black. 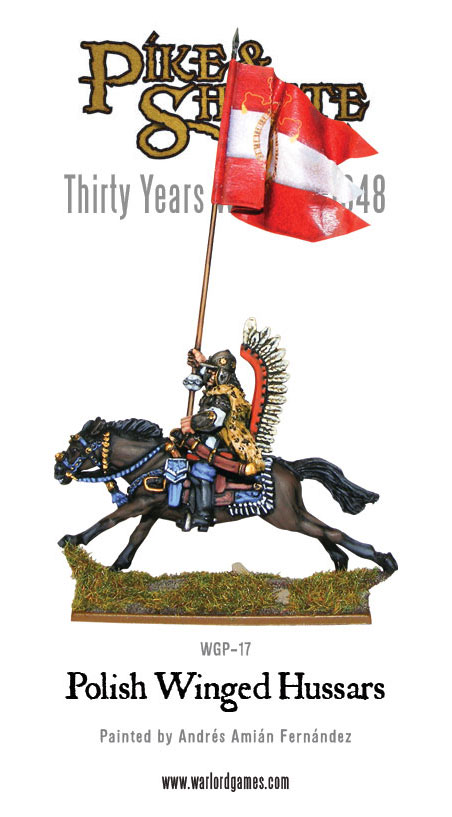 Not all hussars had wings, but all heavy winged cavalry were hussars. Wings seemed to have been added to the hussar equipment in the late 16th century. At first wings seem to have been fixed to the saddle, but by the late 17th century they were attached to the back plate. There are several theories as to why wings were worn. They kept Cossacks from lassoing riders, they made noise as the hussars rode and/or they frightened horses and soldiers. Brzezinski seems to have dispelled the noise theory as a result of re-enactors on the set of the film ‘With Fire and Sword’.

The others are up for grabs, but in the end it just might have been the fact that they looked impressive and added to the martial bearing of the unit, making it more elite. The fact that not all hussars had wings attached to them adds to the theory that they were a sign of status to them. The eagle feathers were attached to a wooden frame and were either curved forward, backward or straight, but angled away from the rider. 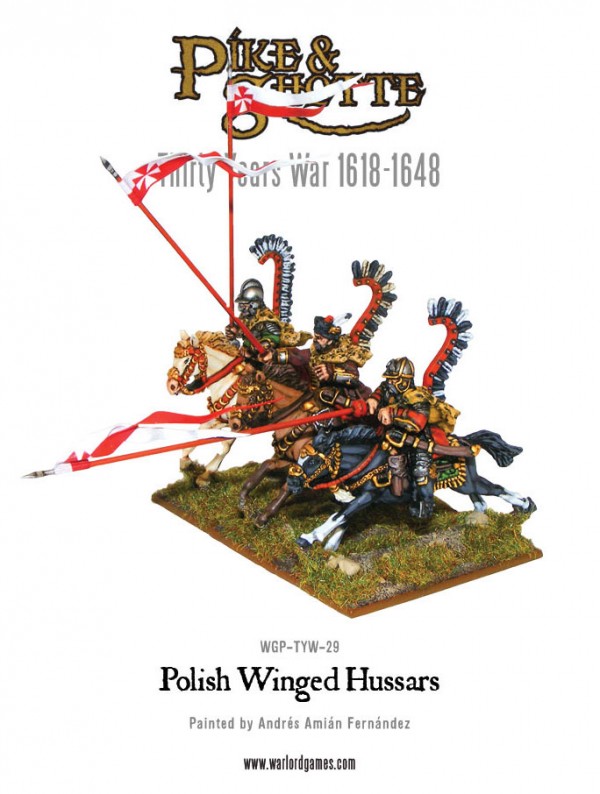 There were several styles of swords used by hussars, sometimes carried at the same time. Swords had black leather grips and brass fittings. The sabre was designed for delivering slashing blows at the gallop. One design was known as karabela. Hungarian style or karabela swords had an open hilt. Polish sabers had a closed, D-shaped hilt.

When attacking mailed or armored troops they carried a long, straight blade (130 to 160cm) called the koncerz. A third type of blade sometimes used instead of the koncerz was the palasz – a single or double-edged sword (90 to 100cm long). Additional weapons carried by hussar towarzysz were bows and pistols. Powtocz were armed with rifles, considered less elegant than the bow. Pistols were wheel-locks for most of the 17th century. The rifle carried was a banolet wheel-lock carbine.

The Hussar lance was called the kopia which had a distinct ball-shaped handguard called a galka (knot). The lances were hollowed out part way, varied in length from four to six metres and weighed four-and-a-half pounds. Some lances were red, and decorated with painted feathers and heraldic devices. Others could be fluted or painted to look as if they were gilded. 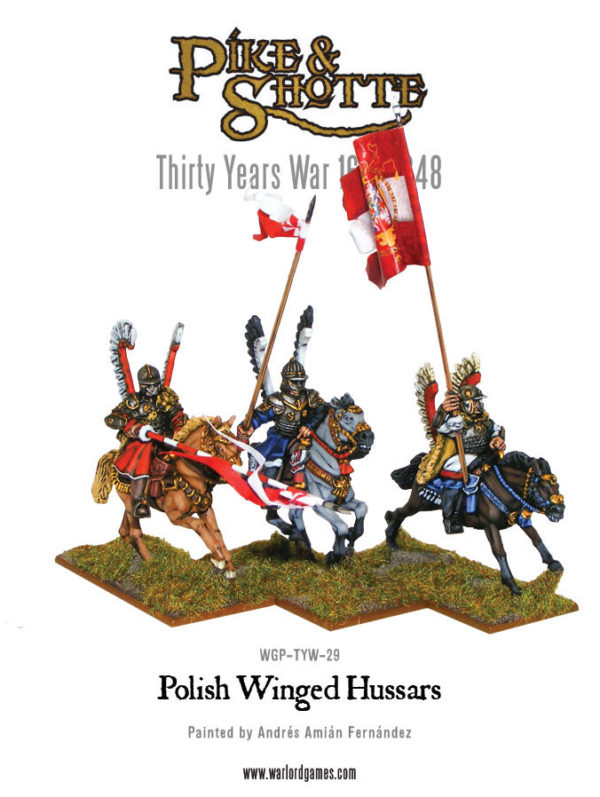 A proportion of the horses pictured in the Constantine Roll and other documented sources show their lower half dyed brick red, but this also might have only been done for ceremonial occasions.

Lance pennants were uniform within companies and generally followed a 2-colour design. The size of the pennants varied from 1 to 3 meters in length. Lance pennants varied between single point dragon-tailed and dual pointed swallow-tailed (as shown above). Companies all usually had the same pennant design though the ‘Courtier’s’ company seems to have varied between retinues. Some examples from 1605 include dragon-tailed pennants with twelve chevrons pointing toward the tails in alternating red and white.

On Sobieski’s Vienna campaign (1683) most pennants were swallow-tailed and included some of the following designs:

Around 102,000 defenders of Vienna faced 150,000 Ottomans. The Commonwealth provided 20,000 cavalry of which a third were hussars. At the last possible moment the relief forces emerged from the woods and led a mass cavalry charge on the besieging forces that devolved into pockets of melees between different units of charging and counter-charging troops. The Ottomans were routed.

Jan Karol Chodkiewicz, Grand Hetman of Lithuania with 1,000 infantry, 2,600 cavalry and five cannons, against 2,000 cavalry, 9,000 infantry and eleven cannon under the command of Charles IX of Sweden. A feint caused the Swedish troops to leave a secure position and was followed with a simultaneous charge on the left flank and centre by hussars which rolled up the Swedish line.

Forces of the Commonwealth and the Holy Roman Empire fought Gustav II of Sweden near what was then a town on Prussia. Commonwealth forces consisted of 1,300 hussars, 1,200 light cavalry and 2,000 reiters against 4,000 cavalry and 5,000 infantry. Cossacks and reiters held the Swedes with a frontal assault while hussars outflanked the infantry. The Swedish forces were pushed pack in retreat and forced to withdraw to Marienburg.