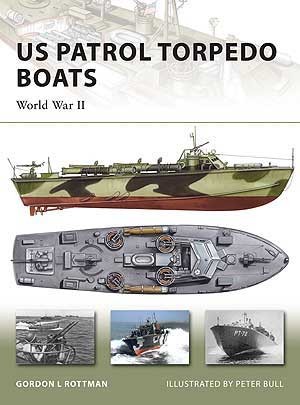 Motor torpedo boat development began in the early 1900s, and the vessels first saw service during World War I. However, it was not until the late 1930s that the US Navy commenced the development of the Patrol Torpedo or PT boat. The PT boat was designed for attacking larger warships with torpedoes using its ‘stealth’ ability, high-speed and small size to launch and survive these attacks – although they were employed in a wide variety of other missions, including rescuing General MacArthur and his entourage from the Philippines. This book examines the design and development of these unique craft, very few of which survive today, and goes on to examine their role and combat deployment in World War II.

Gordon L Rottman entered the US Army in 1967, volunteered for Special Forces and completed training as a weapons specialist. He served in the 5th Special Forces Group in Vietnam in 1969-70 and subsequently in airborne infantry, long-range patrol and intelligence assignments until retiring after 26 years. He was a special operations forces scenario writer at the Joint Readiness Training Center for 12 years and is now a freelance writer, living in Texas. Tony Bryan is a freelance illustrator of many years’ experience who lives and works in Dorset. He initially qualified in Engineering and worked for a number of years in Military Research and Development, and has a keen interest in military hardware – armour, small arms, aircraft and ships. Tony has produced many illustrations for partworks, magazines and books, including a number of titles in the New Vanguard series.