Available to pre-order this week is the huge new plastic castle kit – ‘The Citadel’ – the ultimate centrepiece for any 28mm gaming table! 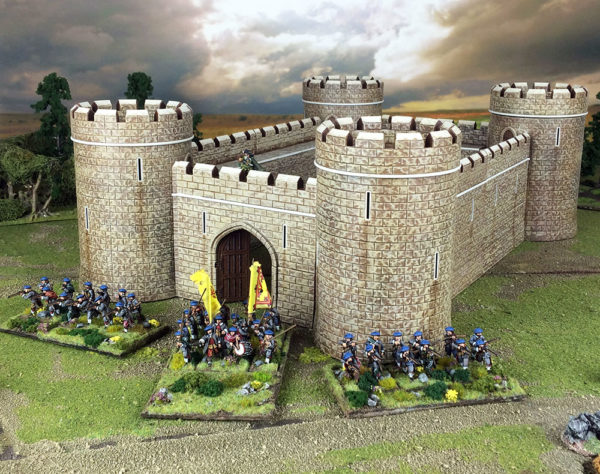 This kit contains five wall sections, four towers and a gatehouse – allowing you to create either a fully enclosed rectangular-footprinted castle – or an impressive defensive wall.

The kit is modular – meaning that you can purchase additional wall sections and tower kits which can be built to add more height to create even more impressive and imposing structures – and craft your own personalised stronghold!

Further kits – including separate walls, towers and gate houses are due to become available very soon – so keep watching the Warlord Newsletter for further details!

We’ve photographed it here with models from our Pike & Shotte range, but obviously it suits medieval Hail Caesar battles, as well as Black Powder and even Bolt Action games fought around a fortification or walled town. 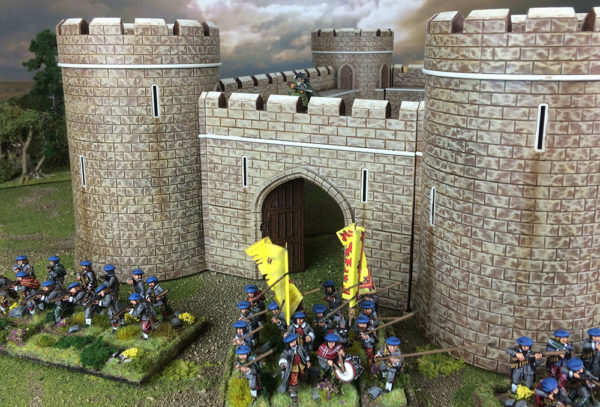 Castles have been used for centuries – primarily to control vital trade and transport routes by road and river – with the supply of food, uniforms, munitions and troops being of prime importance during times of war.

The thick stone defensive walls of a castle provide unparalleled protection for those garrisoned inside. Walls were often topped with crenelations – series of forked ramparts with regular gaps for archers and riflemen to duck into and out of, to fire upon the attackers with lesser risk of return fire.

Their walls would be set with arrow slits – just big enough for archers inside of the walls to fire out of, whilst again providing very little opportunity for the enemy to fire back. 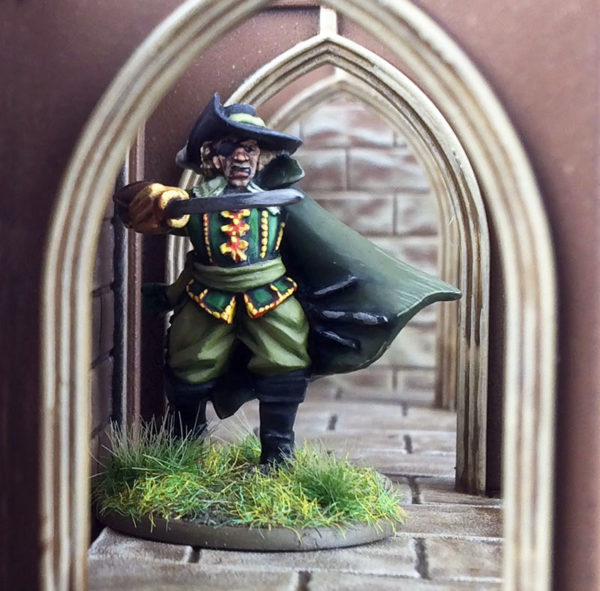 There is no time more ripe for invention and innovation than that of war – and armies on both sides of the defensive walls soon began adopting specialist tactics and equipment in an effort to best one another.

Attacking forces would perhaps roll up the big guns and attempt to breach the defences, dig in and sit out a battle of attrition – attempting to starve out the forces housed within the defensive walls – or would adopt all manner of inventive (and often bizarre) methods in an effort to break the defenders will…

Castles would often be adorned with their own artillery and defensive guns, and/or have their own garrison force of troops – all of whom would be called up to the ramparts to rain down a massive weight of fire from the walls.

Sieges would often quickly become a state of attrition – with both sides exchanging fire… the defending force proudly standing firm, hoping that the walls remain intact and their will hold out just a little longer than that of the forces which opposed them… 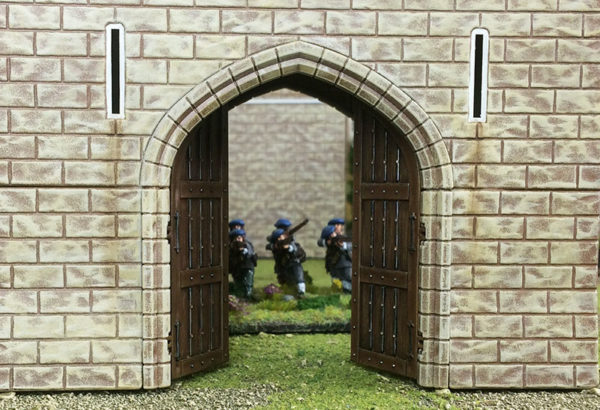 The castle towers and walls are fully detailed inside too, with arched hallways and modelled doors and staircases within the towers. 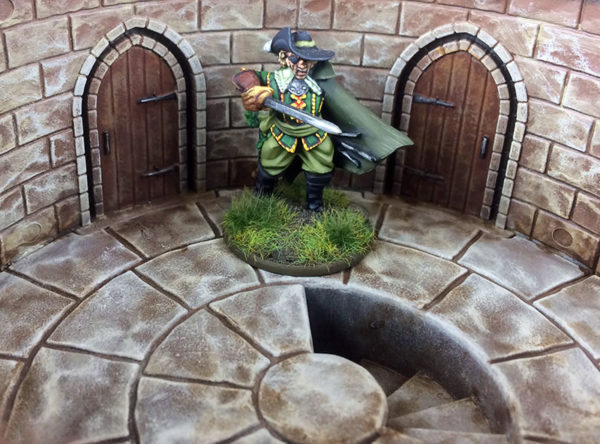